Amber Heard: I Spoke Up Against Sexual Violence and Faced Our Culture's Wrath 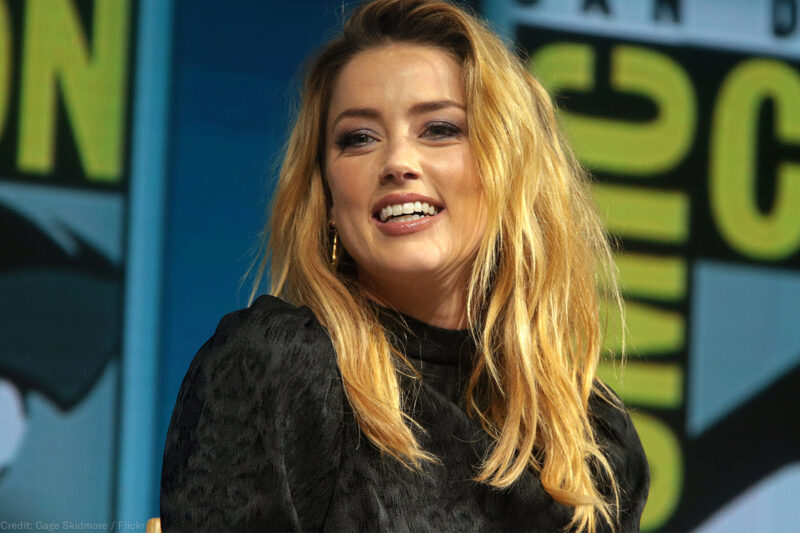 This piece was originally published in The Washington Post.

I was exposed to abuse at a very young age. I knew certain things early on, without ever having to be told. I knew that men have the power — physically, socially and financially — and that a lot of institutions support that arrangement. I knew this long before I had the words to articulate it, and I bet you learned it young, too.

Like many women, I had been harassed and sexually assaulted by the time I was of college age. But I kept quiet — I did not expect filing complaints to bring justice. And I didn’t see myself as a victim.

Then two years ago, I became a public figure representing domestic abuse, and I felt the full force of our culture’s wrath for women who speak out.

Friends and advisers told me I would never again work as an actress — that I would be blacklisted. A movie I was attached to recast my role. I had just shot a two-year campaign as the face of a global fashion brand, and the company dropped me. Questions arose as to whether I would be able to keep my role of Mera in the movies “Justice League” and “Aquaman.”

I had the rare vantage point of seeing, in real time, how institutions protect men accused of abuse.

Imagine a powerful man as a ship, like the Titanic. That ship is a huge enterprise. When it strikes an iceberg, there are a lot of people on board desperate to patch up holes — not because they believe in or even care about the ship, but because their own fates depend on the enterprise.

In recent years, the #MeToo movement has taught us about how power like this works, not just in Hollywood but in all kinds of institutions — workplaces, places of worship or simply in particular communities. In every walk of life, women are confronting these men who are buoyed by social, economic and cultural power. And these institutions are beginning to change.

We are in a transformative political moment. The president of our country has been accused by more than a dozen women of sexual misconduct, including assault and harassment. Outrage over his statements and behavior has energized a female-led opposition. #MeToo started a conversation about just how profoundly sexual violence affects women in every area of our lives. And last month, more women were elected to Congress than ever in our history, with a mandate to take women’s issues seriously. Women’s rage and determination to end sexual violence are turning into a political force.

We have an opening now to bolster and build institutions protective of women. For starters, Congress can reauthorize and strengthen the Violence Against Women Act. First passed in 1994, the act is one of the most effective pieces of legislation enacted to fight domestic violence and sexual assault. It creates support systems for people who report abuse, and provides funding for rape crisis centers, legal assistance programs and other critical services. It improves responses by law enforcement, and it prohibits discrimination against LGBTQ survivors. Funding for the act expired in September and has only been temporarily extended.

We should continue to fight sexual assault on college campuses, while simultaneously insisting on fair processes for adjudicating complaints. Last month, Education Secretary Betsy DeVos proposed changes to Title IX rules governing the treatment of sexual harassment and assault in schools. While some changes would make the process for handling complaints more fair, others would weaken protections for sexual assault survivors. For example, the new rules would require schools to investigate only the most extreme complaints, and then only when they are made to designated officials. Women on campuses already have trouble coming forward about sexual violence — why would we allow institutions to scale back supports?

I write this as a woman who had to change my phone number weekly because I was getting death threats. For months, I rarely left my apartment, and when I did, I was pursued by camera drones and photographers on foot, on motorcycles and in cars. Tabloid outlets that posted pictures of me spun them in a negative light. I felt as though I was on trial in the court of public opinion — and my life and livelihood depended on myriad judgments far beyond my control.

I want to ensure that women who come forward to talk about violence receive more support. We are electing representatives who know how deeply we care about these issues. We can work together to demand changes to laws and rules and social norms — and to right the imbalances that have shaped our lives.