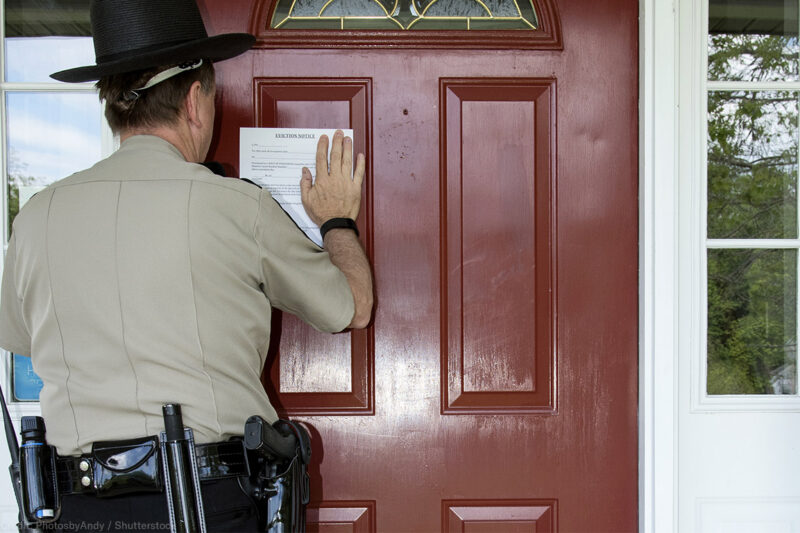 UPDATE (9/22/20): The City of Bedford agreed to repeal its Criminal Activity Nuisance Ordinance (CANO) and pay a settlement amount of $350,000 as a result of litigation brought by the ACLU, the ACLU of Ohio, and The Legal Aid Society of Cleveland on behalf of Beverley Somai, a Bedford resident, and the Fair Housing Center for Rights & Research.

Last year, Beverley Somai learned a brutal truth that too many people across the country face: Calling the police can get you evicted.

In 2017, Ms. Somai and her adult disabled son moved to Bedford, Ohio, to seek housing stability and better educational and employment opportunities. However, a few months after settling in, Ms. Somai discovered that her neighbor played loud music at all hours of the night, making it impossible for her and her son to rest. Even worse, the neighbor began to intimidate Ms. Somai and her son by following them on their errands and lurking outside their home.

She asked for help from her landlord, who told her to call the police. So she did. But then the city of Bedford sent a letter to Ms. Somai’s landlord, citing her calls for help and threatening to impose steep penalties for any future police responses to the property. Because of the letter, her landlord filed an eviction action against Ms. Somai.

Ms. Somai’s experience is far from an anomaly. Bedford’s criminal activity nuisance ordinance imposes civil and criminal penalties against property owners when there are two or more alleged violations of any law, excluding traffic violations, within a one-year period. The city enforces the ordinance based on calls for police assistance — even if the resident is the victim of the crime or needs aid, such as Ms. Somai and her son.

In fact, more than half of Bedford’s nuisance abatement letters were sent in response to domestic violence incidents. In one letter, Bedford informed a landlord that their tenant triggered the nuisance ordinance based on a “911 call from a male stating that his dad was hitting his mom.”

The adoption of nuisance or “crime-free” ordinances reflects a broader trend nationally, with cities coercing landlords to penalize and evict tenants who call the police or who simply live in properties where criminal activities occur. Rather than promoting public safety, research shows that these ordinances discourage residents from reporting crime and create distrust of law enforcement. These ordinances particularly harm communities of color, low-income households, people with disabilities, domestic violence survivors, and other people who are otherwise deemed “undesirable.”

Bedford enacted its nuisance ordinance in direct response to its growing African-American population. During a city council meeting, the mayor explained:

“We believe in neighborhoods[,] not hoods. . . . That is one of the reasons we passed that nuisance law tonight. . . . [I have] made mention of the students walking down the streets and those are predominantly African American kids who bring in that mentality from the inner city . . . We are trying to stop that.”

The ACLU challenged a Minnesota city’s ordinance that allows law enforcement to tell landlords to evict all members of a household when they simply suspect a resident engaged in even minor criminal activity. City officials enacted that policy as more people of color moved in, stating they wanted to “get rid of” residents who are “undesirable.”

Our case argues that Bedford’s ordinance violates the First Amendment right to petition the government as well as due process and anti-discrimination protections. It builds on litigation we have brought against discriminatory nuisance ordinances in Arizona, Missouri, and Pennsylvania as part of our “Not A Nuisance” campaign.

But it shouldn’t take a lawsuit for communities to realize these ordinances are unlawful and inhumane. Cities can and have repealed these laws. Numerous states — including Iowa, California, Indiana, Nevada, Pennsylvania, Illinois, and Minnesota — have passed state laws preempting harmful nuisance ordinances. Other states, including New York, are considering legislation right now. And the U.S. Senate can address this problem by passing the housing protections of the Violence Against Women Reauthorization Act of 2019, which prohibit governments from penalizing crime victims who request law enforcement or emergency assistance.

No one should be silenced from calling 911 out of fear that they may jeopardize their housing.