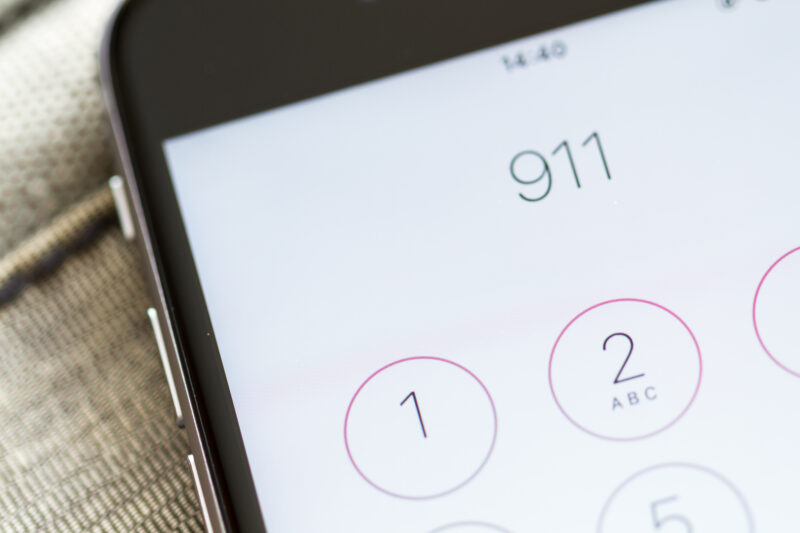 Over the last few decades in towns and cities across America, local authorities have passed laws that punish people for calling 911 with steep fines and eviction, even when they are seeking police protection. Known as nuisance ordinances, these laws present victims of crime with an impossible choice. As a domestic violence survivor in St. Louis put it: “If I can’t protect myself, [and] you’re not protecting me, what am I supposed to do? Am I supposed to just . . . let him beat me or let him kill me?”

Our client, Rosetta Watson, faced this reality when she was evicted from her home and banished from the city of Maplewood, Missouri, simply because she called the police four times. Her ex-boyfriend kicked down her door and assaulted her. Maplewood’s ordinance defined a “nuisance” as more than two calls to police related to domestic violence within 180 days. As a result, the city revoked Ms. Watson’s occupancy permit for six months and forced her to leave Maplewood, despite the city’s own records revealing that she was a victim of domestic violence.

In response, the ACLU brought a federal lawsuit on behalf of Ms. Watson in 2017, challenging Maplewood’s ordinance under federal and state law. In a victory for her and other Maplewood residents, the city agreed in 2018 to a major overhaul of the ordinance and will no longer enforce it against victims of crime or penalize residents based on calls for police or emergency services.

Our fight against nuisance ordinances, however, is far from over. Many cities across the country continue to enforce similar nuisance ordinances, including in the St. Louis region. Today, the ACLU, the ACLU of Missouri, and the Metropolitan St. Louis Equal Housing and Opportunity Council called on six Missouri cities to repeal their nuisance ordinances—including Breckenridge Hills, Cool Valley, Florissant, Lakeshire, St. John, and University City. These ordinances are similar to Maplewood’s, permitting penalties against residents who seek police or emergency assistance, and therefore raise the same serious legal issues.

Courts have found that local nuisance ordinances violate residents’ rights under the First Amendment and the Due Process Clause of the Fourteenth Amendment because they punish people for reaching out to their governments, often without notice or an opportunity to challenge whether they should be considered a “nuisance.” The U.S. Department of Housing and Urban Development also has pointed out the serious Fair Housing Act problems with these ordinances because they threaten the rights of domestic violence and other crime victims.

Research by Professor Gretchen Arnold reveals the devastating impact of nuisance ordinances on housing stability for low-income women. About half of the women in her St. Louis study had been forced to move due to nuisance ordinances, including many who were evicted because of too many 911 calls. Moreover, prior nuisance violations and evictions continued to follow these women as they sought to rent new apartments.

As one study participant explained: “[W]hen I tried to get an apartment, [landlords] told me, ‘We see that there are some things in here about you calling the police.’ And they didn’t want to rent to me.” Prior nuisance violations also jeopardized some women’s eligibility for low-income housing or Section 8 certification, further compromising their ability to secure safe and stable housing.

Beyond the harmful impact of nuisance ordinances on crime victims, such ordinances also disproportionately impact communities of color. A 2013 Milwaukee-based study found that properties in predominately Black neighborhoods were three times more likely to receive a nuisance citation compared to properties in white neighborhoods that had also violated the ordinance. A recent report published by the ACLU and the New York Civil Liberties Union showed that in the New York towns of Rochester and Troy nuisance points were assigned more often in neighborhoods with higher percentages of people of color.

Moreover, research has demonstrated that nuisance ordinances often endanger housing security for persons with disabilities, who may need to access emergency assistance repeatedly. An Ohio-based study, for example, revealed that landlords have pursued eviction against residents due to calls for help for mental health crises and that several cities have threatened or even fined group homes for people with disabilities after staff sought assistance in response to their residents’ medical emergencies.

Our cities and towns must prioritize protecting victims of crime as well as preserving housing opportunities for communities of color and persons with disabilities. We urge Missouri towns to repeal their nuisance ordinances, as Maplewood and other cities across the U.S. have done.