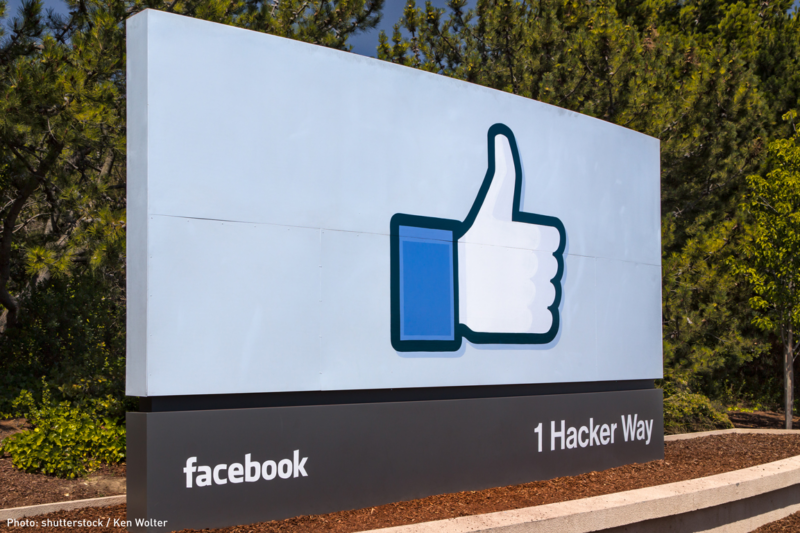 In 1967, the newly formed National Organization for Women staged a weeklong protest of The New York Times and other newspapers. Their demonstration targeted the long-standing practice of printing classified listings in two separate columns: “Help wanted: Male” and “Help wanted: Female,” which of course resulted in the exclusion of women from high-paying jobs and industries. As a result of NOW’s advocacy campaign, the Equal Employment Opportunity Commission, the federal agency charged with enforcing Title VII of the 1964 Civil Rights Act prohibiting race and sex discrimination in employment, finally made clear — over the strong objection of newspapers — that limiting job postings to one sex was unlawful. Sex-segregated classified ads subsequently became a thing of the past.

Or so we thought.

Today, five decades later, sex-segregated job listings are roaring back to life. Enabled by social media platforms like Facebook, advertisers are increasingly using users’ personal data to direct their ads — including for jobs — to individual users based on characteristics such as sex, race, and age, thus excluding users outside of the selected groups from learning about these opportunities.

We can’t let this archaic form of discrimination continue to take hold. That’s why on Tuesday, the ACLU, along with the Communications Workers of America and the employment law firm Outten & Golden LLP, filed charges with the Equal Employment Opportunity Commission against Facebook and 10 companies that targeted ads for jobs in male-dominated fields to younger male Facebook users only, excluding all women and non-binary individuals, as well as older male users. The case is brought on behalf of three job seekers and the Communications Workers of America on behalf of a proposed class of millions of job applicants. It alleges that these job advertising practices violate federal civil rights laws prohibiting sex and age discrimination in employment.

These laws explicitly prohibit publication of segregated ads, or ads that express a preference for sex or age. Yet that’s exactly what has happened. Facebook requires users to identify their sex in the binary categories of male or female in order to even open an account. While users can later change their sex designation and select from among a few dozen options to describe their gender identity, Facebook still requires users to choose gendered pronouns (male, female, or neutral), which it then offers to advertisers for purposes of gender-based ad targeting. Facebook delivers the ad accordingly, including a notice that the user is seeing the ad because of their sex.

The only difference between Facebook’s ad targeting practice and the sex-segregated classified ads of yore is that Facebook — unlike newspapers, which are distributed to the general public — can actually ensure that specific ads are only delivered to its male or female users, or to users of a specific age range, according to the advertisers’ selection.

In addition to the explicit gender-targeting, Facebook also offers advertisers the ability to use what it calls “Lookalike Targeting,” which allows advertisers to target customers with traits similar to those of their customer base. To understand why this is problematic in the employment context, consider a company with an all-white workforce, which decided to recruit and hire only applicants that “look like” their current workforce. Such a hiring strategy would plainly perpetuate the exclusion of workers of color, violating laws, including Title VII, that prohibit employment practices that have a discriminatory effect. The rules should be no different because it takes place online especially as social media becomes an increasingly dominant force in job seeking and recruitment.

While online targeting of some other types of ads may seem relatively benign, or even beneficial (the Yoga Work Pants people have got my number), our legal action shows this power can also be used to exclude marginalized groups from even learning about jobs and other economic opportunities. It is not a coincidence that the jobs highlighted in each of the ads the ACLU has challenged were for positions in fields such as tire salesperson, mechanic, truck driver, technician – well-paid, blue-collar fields from which women have traditionally been excluded.

When employers in male-dominated fields advertise their jobs only to men, it prevents women from breaking into those fields. What’s more, clicking on the Facebook ads brought viewers to a page listing numerous other job opportunities at these companies for which job seekers might be qualified. Because no women saw these ads, they were shut out of learning not only about the jobs highlighted in the ads, but also about any of these other opportunities. Our data profiles should not determine what information is available to us when it comes to economic opportunities.

It’s important to note that online platforms like Facebook are generally not liable for content published by others — this principle is critical to keeping the internet running. But in this case, Facebook is doing much more than merely publishing content created by others. It has built the architecture for this discriminatory marketing framework, enabled and encouraged advertisers to use it, and delivered the gender-based ads according to employers’ sex-based preferences. It also essentially acts as a recruiter connecting employers with prospective employees. In this context, it should be legally accountable for both creating and delivering these discriminatory ad campaigns.

The ACLU began exerting pressure on Facebook several years ago to stop its use of an “ethnic affinity” category, which labeled users as Asian-American or Hispanic or African-American based on what they “liked” on Facebook and allowed advertisers to target them. In response to our advocacy and pressure from members of Congress, other groups, and the public, Facebook took certain steps to eliminate discriminatory targeting in housing, employment, and credit, but it did not always follow through. This past summer, after a lawsuit, the company again agreed to remove 5,000 ad targeting proxies related to race and sexual orientation. But it continues to claim that targeting based on gender and age is somehow permissible.

Facebook must change its platform to prevent advertisers from exploiting user data for discriminatory purposes, and ensure once and for all that all users, regardless of gender, race, age, or other protected status, are given a fair shake. Nothing less is required if we are to ensure that progress toward gender equality is carried forward into the digital age.

This legal challenge is one of the actions we’re taking in September to achieve pay equity and equal opportunity in the workplace. Learn more about 12 Months, 12 Faces of Gender Discrimination, our initiative to end gender discrimination in all its forms.