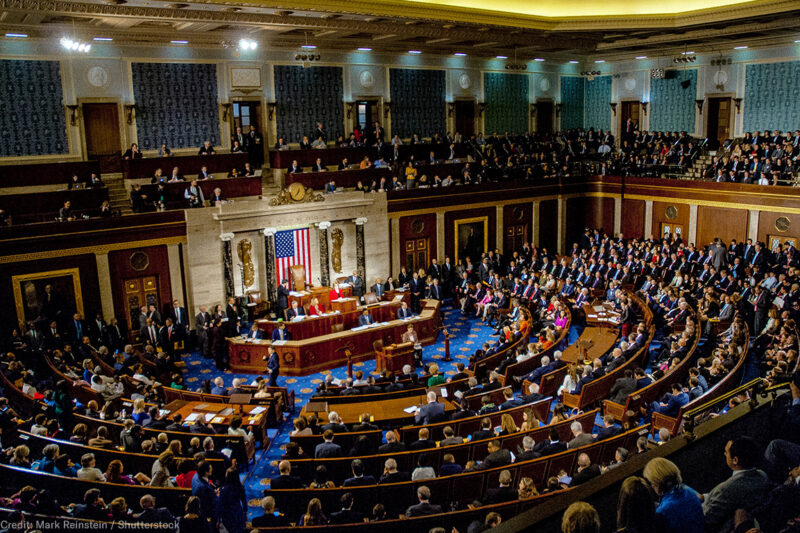 Today the House of Representatives passed the Violence Against Women Reauthorization Act of 2019 (H.R. 1585). This VAWA bill authorizes programs and funding that support survivors of gender-based violence. But it also does more: It tackles some of the laws and institutions that perpetuate domestic violence and sexual assault across the country. Dismantling these structural causes of gender-based violence is essential to ensuring the security and dignity of survivors, their families, and communities.

Protecting the Right to Seek Emergency and Police Assistance

In cities across the country, victims of crimes increasingly pay a terrible price for calling 911: eviction from their homes. Thousands of localities have enacted ordinances that punish tenants and landlords based on calls for police or emergency services or criminal activity at a property — even where the tenant is the victim of the crime or needed aid. These ordinances disproportionately harm survivors of domestic violence, who may need to reach out for police protection repeatedly.

Once residents learn they can be evicted for calling 911, they usually lose all faith in law enforcement. Even worse, these ordinances empower abusers because they know reports to the police can result in the survivor’s eviction. The ACLU has represented survivors of domestic violence who faced homelessness and escalating violence due to these local laws and advocated at the local and state levels to address their inhumane effects.

The House bill recognizes the right to report crimes and emergencies from one’s home and protects landlords, residents, and tenants from being penalized for requesting law enforcement or emergency assistance by governmental agencies that receive federal funding. While some states have enacted legislation to address this issue, a federal response is direly needed. No crime victim should be forced to make the impossible choice between suffering in silence or calling 911 and being kicked out of their homes.

Promoting Justice for Indian Survivors of Sexual Violence and Stalking

The House bill expands the ability of tribes to investigate and prosecute cases of sexual violence and stalking on tribal lands involving non-Native perpetrators. Until 2013, tribes were stripped of authority to pursue cases against non-Native people, even where victims were tribal members. This was deeply problematic, as the vast majority of Native American survivors of sexual violence described the perpetrator as not Indian. Because it was unlikely that the federal government would prosecute these cases, non-Native people committed domestic violence and sexual assault against Native Americans with impunity, leading to high rates of violence on tribal lands.

In the last reauthorization of VAWA, Congress permitted tribes, for the first time, to exercise jurisdiction over domestic violence cases committed against Native Americans. Under this new bill, tribes could hold non-Native perpetrators accountable for sexual violence and stalking as well. In doing so, it confronts restrictions on tribal sovereignty that have fueled gender-based violence against Native Americans, particularly women.

VAWA addresses a particularly disturbing defense that has been raised by law enforcement officers who sexually assault people in their custody: consent. Police officers have successfully argued that a person they detained “consented” to sexual activity, escaping accountability. The defense ignores the profound power imbalance between law enforcement and people who are detained, which makes truly voluntary consent impossible.

VAWA closes this loophole by making it unlawful for a person acting under color of law to engage in sexual activity with someone in federal custody, regardless of whether that person “consented.” It also authorizes the Department of Justice to make grants to states, many of which permit consent defenses, to address this issue. Survivors of police sexual misconduct already face huge barriers to coming forward, including the lack of effective oversight of officers. They should not also be compelled by our legal system to prove they did not consent to sexual activity while detained.

#MeToo not only shed light on the pervasiveness of sexual violence — it also showed how people, systems, and institutions have been complicit in silencing survivors and fostering ongoing and escalating violence. Now that the House has passed its bill, it’s time for the Senate to act so that we can begin to overturn some of the laws and institutions that perpetuate gender-based violence.