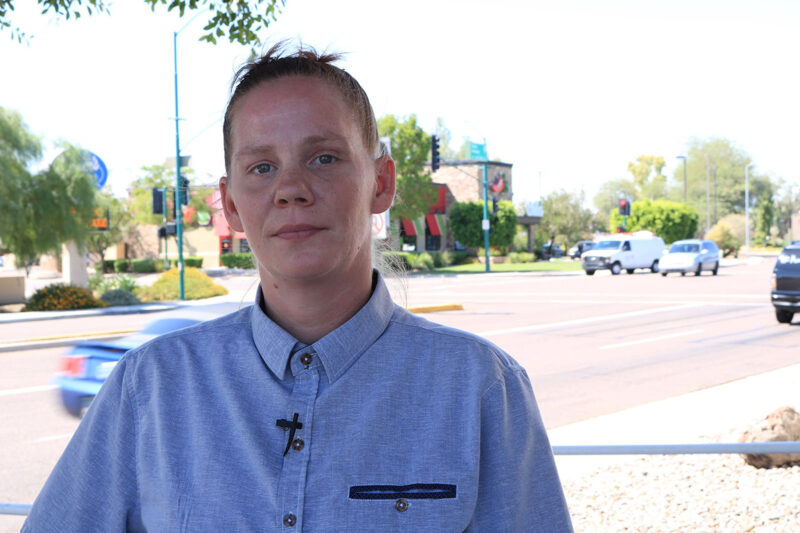 I didn’t look the part, so I was forced to quit.

Chili’s, where I worked for nearly two years, was starting a new management training program and my superiors encouraged me to apply. It was a great opportunity, and I was excited about the prospect of a promotion.

I was planning to buy a home for the first time, and the pay increase would have helped a lot. I’m a single mother, so what I earn matters. I’m also a lesbian, a part of my identity that influences how I dress.

I’d started working at a Phoenix, Arizona, Chili’s two years earlier. Right away, I loved it. The people who worked there became like a family to me. I worked in several roles at the restaurant, including cook, expediter, and host. Most recently, I was a server — and I was good at it. My customer reviews were always top-notch.

When I was asked to learn more about Chili’s new Certified Shift Leader program, which would allow me to take another step up the corporate ladder, I was thrilled. I attended a seminar about the program in June. I never thought that what I wore to the seminar would cause the end of my Chili’s career.

I attended the seminar wearing an outfit I felt confident in — a men’s button-up shirt, fitted slacks, and boat shoes. It was professional attire and similar to what I saw male managers wear to work. But after the seminar, my manager relayed to me that his boss, the district manager, had seen me at the seminar and thought my clothes were inappropriate. I brushed it off and applied to be a certified shift leader anyway.

After interviewing with the district manager, I was offered the promotion — on one condition: I needed to “dress more gender appropriate,” in the words of my manager. I asked him, “Are you telling me that I need to have my breasts hanging out to be successful in your company?” He answered, “Not in those words.” I asked him why I could not wear a chef-style coat like the one he was wearing and he replied, “It’s for boys.”

No, it is not. I am speaking out now to tell that manager — and every other person who thinks similarly — that women do not need to be stereotypically feminine in order to get a promotion or be an effective employee or manager.

I couldn’t continue to work at a place where my willingness to conform to a stereotype was more important than my job performance. So I left a job that I enjoyed and said goodbye to the coworkers I considered family.

I later learned from a coworker that I had been overlooked for a bartender position because the same manager “didn’t want a gay girl behind the bar” because he didn’t think I would attract the right kind of clientele.

To add insult to injury, when I wrote to Chili’s to tell them what I had experienced, they said I must be lying because the manager’s best friend is gay. Having a gay friend doesn’t excuse what happened to me. I was so disappointed that the company I loved didn’t even apologize or try to make things right, not just for me, but for all of the other employees who still work there.

That’s why on Wednesday, with the help of the ACLU, I filed a complaint with the Equal Employment Opportunity Commission against Chili’s for sex discrimination. My opportunities at a company like Chili’s should not be limited because I am a lesbian who does not conform to Chili’s stereotypes about what a woman should look like.

Learn more about the legal action

After I was forced to quit, I was unemployed for a month. I finally found a new server job, but as the new employee, I get fewer hours on the schedule and so I’m earning significantly less than I did at Chili’s.

I am now working my way back up the ladder. Who knows how long it will be before I am considered for a management position again. My dream of buying my first home is on hold, which obviously disappoints me. But the alternative — being forced to conform to a stereotype that conflicts with my identity every time I go to work — would have been unbearable.