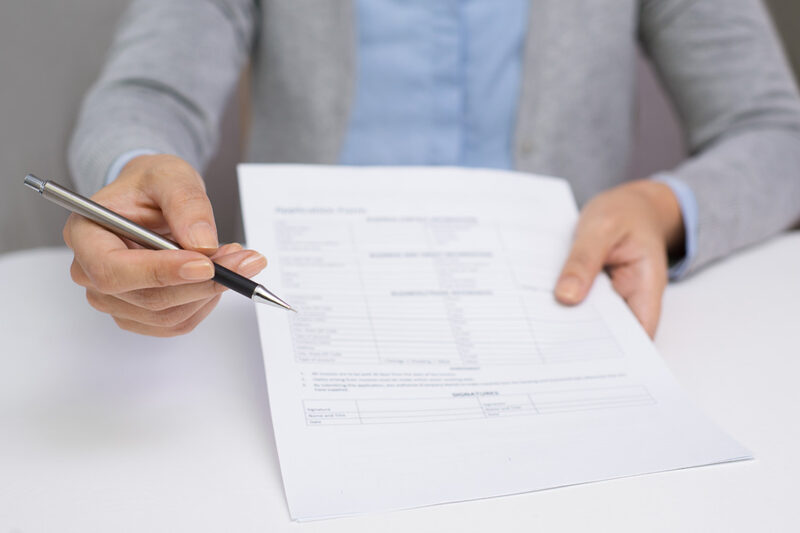 If you own a credit card or a bank account, use a ride-sharing service, made an online purchase, or work in corporate America, chances are you have signed a forced arbitration agreement: a promise that, if any disputes arise between you and your employer or the business, you won’t sue. Hidden in the fine-print of a contract you may not even remember signing is language that says you’ve agreed, in advance, to give up your right go to court.

But today, the House of Representatives passed the FAIR Act, legislation that would prohibit the use of forced arbitration in employment discrimination and consumer contract cases. In the wake of #MeToo, the practice is drawing increasing criticism—making the FAIR Act one of the most important reforms we can make to ensure workplace equality.

Little known to consumers and employees, the use of this sneaky practice is on the rise—it has doubled in scope between the 1990s, and currently impacts more than 60 million workers. These kinds of agreements are prevalent in female dominated industries – 57.6 percent of female workers are subject to the practice – as well as in low-wage fields and industries dominated by women of color. One estimate shows that by 2024, forced arbitration will be in place in over 80% of workplaces, covering more than 85 million workers.

Forced arbitration has had the effect of slamming the courthouse doors in the face of victims of workplace harassment and discrimination, and is a huge boon to employers. By sneaking forced arbitration into contracts, employers and corporations are ensuring that even if you did notice what you signed, and have the foresight to imagine what you would prefer to do if a dispute were to arise in the future, you have very little choice but to sign.

Studies have shown that employees are less likely to pursue discrimination cases in arbitration, and that when they do, they are less likely to win and their monetary awards far lower than they would be in court. For example, one report showed that in 30 years, only 17 women on Wall Street had won sexual harassment claims in industry arbitration. The widespread use of forced arbitration agreements is one major reason that many valid sexual harassment cases, and other discrimination cases, never see the light of day — and repeat offenders are not held to account.

Companies claim that this method is more efficient and less costly than court proceedings. That can be true in some cases – and there is no doubt that it should remain an option, particularly if both parties agree to use it after a dispute has actually arisen.

But what they don’t tell you is that arbitration also lacks critical procedural safeguards — for example, permitting access to evidence from the other side that can be the key to proving your claims – particularly in discrimination cases, which often hinge on how the employer has treated other employees. The arbitrators may or may not be lawyers, and may or may not be trained in resolving discrimination cases. Results are secret, helping companies evade public accountability. The outcome is binding, and there is generally no right to an appeal.

How did we get into this mess? Congress initially blessed arbitration agreements as a tool to settle disputes between corporations, and passed a law favoring their enforcement. But a series of Supreme Court cases has since permitted the practice to spread unchecked, and to extinguish the right to go to court in a host of contexts it was never intended to reach. These include not only employment discrimination cases, but also cases brought by rideshare passengers who allege they were raped by inadequately vetted drivers; families whose loved ones were abused or neglected in residential care centers; customers who bought furniture online and discovered it was infested with bedbugs, and, most recently, in the context of class actions to improve working conditions. These cases are a far cry from what was originally intended.

But the FAIR Act could finally allow workers, consumers, and others to choose how they wanted to pursue their dispute. This bill could solve one of the biggest problems most of us never knew we had (until it’s too late).

Forced arbitration agreements have to go. The House has taken the first important step but our fight has just begun – the bill has little chance of passing the Senate, unless each of us takes steps to let them know how we feel about being snookered into these agreements. It’s past time to pry the courthouse doors back open again – and make antidiscrimination laws more than an empty promise.