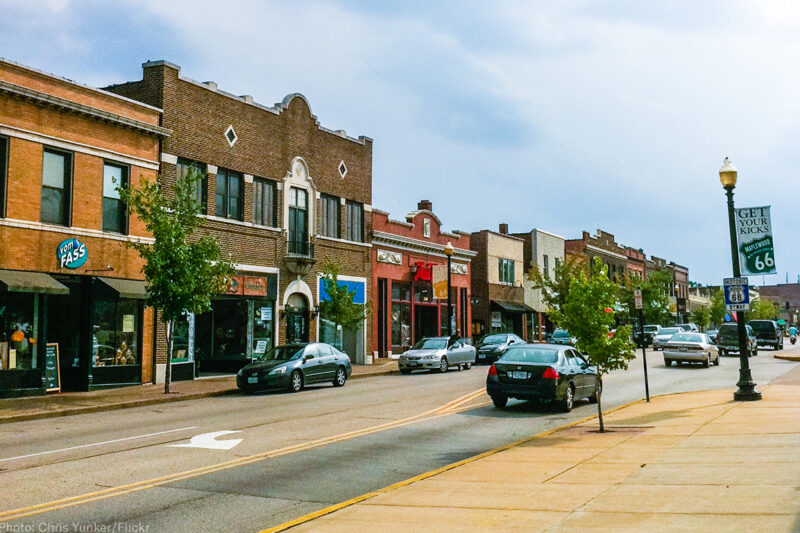 In cities across America, calling 911 can get you evicted. This week, a city less than 10 miles outside of St. Louis agreed to stop enforcing this inhumane policy as part of an extensive settlement.

Last year, we filed a federal lawsuit on behalf of Rosetta Watson, a domestic violence survivor who was kicked out of her home and city because she called the police. Under a local ordinance in Maplewood, Missouri, anyone making more than two calls to the police for domestic violence was designated a “nuisance,” with no exception for victims. Ms. Watson called the police four times, when her ex-boyfriend kicked in her front door, punched her, and strangled her. Based on those calls, Maplewood revoked her occupancy permit, and she was banished from living in Maplewood for six months. For years afterwards, she struggled with fear of her abuser, distrust of law enforcement, and the inability to keep a stable home.

On Tuesday, the Maplewood City Council approved an agreement settling the lawsuit, which includes a major overhaul of the law and compensation for Ms. Watson. Under the settlement, Maplewood will no longer enforce the ordinance against victims of crime or penalize residents based on calls for police or emergency services. The city also will train its officials on how to support victims of crime and provide records annually to the ACLU about how it is enforcing the ordinance overall.

“I thought calling 911 would help stop the abuse, but instead Maplewood punished me,” Ms. Watson said after signing the agreement. “I lost my home, my community, and my faith in police to provide protection. I brought the case to make sure that other women in Maplewood do not suffer the way I did.”

The case against Maplewood is just the latest in our fight against nuisance ordinances. The Metropolitan St. Louis Equal Housing & Opportunity Council found 69 similar ordinances in the St. Louis region, and we estimate there are thousands across the country. For example, the ACLU published a report with the New York Civil Liberties Union last month, showing how different cities in New York often enforced these kinds of ordinances in communities of color and where poor people live, imposed harsh penalties for low-level offenses, and harmed domestic violence survivors and those in need of emergency aid.

How can communities avoid these consequences? First, they can repeal these ordinances, as Norristown, Pennsylvania, and Surprise, Arizona, did after they were sued by the ACLU on behalf of domestic violence survivors. Second, states can adopt legislation that protects residents from ordinances that penalize them for calling 911 or based on criminal activity when they are the victims, as numerous states have done — including Pennsylvania, Iowa, Indiana, Illinois, Minnesota, Nevada, and most recently California. Only then can survivors like Ms. Watson live free from violence and retaliation for seeking security.