My University Has Failed Me 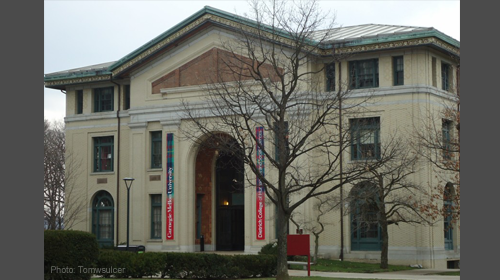 I entered my first relationship during the beginning of my freshman year of college at Carnegie Mellon University. Everything was going just as I had hoped. I loved my classes and my new friends and I was dating another woman in my program. However, my relationship quickly became violent. My girlfriend became verbally and sexually abusive. During the six months that we dated, I was raped repeatedly and I began to live in fear.

After the relationship ended, she stalked me at school and at my dormitory. She continued to have violent outbursts and I was constantly terrified. Unable to talk about the more gruesome details of what had happened, I was able to approach several faculty members about verbal harassment and her violent tendencies. They organized a “No Contact Agreement” between the two of us, stating that we would not be able to speak to each other or contact each other in any way outside of our coursework. This became effective at the end of our freshman year.

I moved off campus for my sophomore year and after signing the lease, she moved in to my building in the apartment across the hall from mine. That semester we were in five classes together. Since I am in a small program, there were only 10 to 15 people in each class. I could not get away from her and I didn’t feel safe at school or at home. In classes she would reference sexual assault often and would constantly use intimidation tactics, like screaming and sudden violent outbursts. Meanwhile, I had been diagnosed with PTSD caused by her abuse and was struggling with panic attacks, flashbacks, night terrors, and involuntary shaking. I feared for my life around her, and there didn’t seem to be any escape.

Almost a year later, finally ready to say what happened and hold her accountable, I filed a complaint against her through the University’s community standards process. The first part of this process was for me to fill out a campus police report. The campus police officer accused me of seeking revenge by making the report and questioned why I had been in the relationship if I was being so badly abused. The officer then informed my abuser about my report without my knowledge or permission despite the fact that I hadn’t pressed any criminal charges. My abuser immediately began following me again. I quickly moved out of my apartment and began staying with a friend. I didn’t feel safe walking around campus on my own; so a few close friends began escorting me everywhere I went.

The campus hearing took place during the spring of my sophomore year, and after the most harrowing four and a half hours of my life, the board found her guilty of sexual assault. Her consequences, however, were not expulsion or suspension, or anything else that would ensure my safety, but rather a review of the pre-existing “No Contact Agreement” and a counseling assessment for her. I felt less safe than I had before beginning the process.

Members of the board stated that they thought, “She had a different understanding of events” and excused her behavior. I filed an appeal of the decision, which was denied because after reviewing the case the appeals officer deemed each board member to be “a thoughtful individual.”

Over the summer I went through intensive treatment for my PTSD and have returned for my junior year, but every day is extremely trying. I see her every day and she continues to try to intimidate me. I have not been able to get the most out of my education. My college experience has become about survival, rather than learning. The University has said that if I cannot handle these circumstances, that I should leave, and that I’m not the only sexual assault survivor in this situation at Carnegie Mellon University.

This process has been devastating. I’ve been re-traumatized every time I’ve tried to stand up for myself. Going to school under these conditions is unbearable, but I should not have to leave, nor should I have to compromise my education because of what has happened to me. Somehow, I have faced all of the consequences of my abuser’s actions, and there is no reason that I should have to continue to live this way.

Title IX, a federal civil rights law, requires universities to properly respond to sexual harassment and assault. The ACLU filed a Title IX complaint on behalf of “Gabrielle” with the Office for Civil Rights, U.S. Department of Education. The complaint filed with the OCR asserts that Carnegie Mellon failed to respond adequately to the student’s complaint and instead required the student to bear the burden of addressing the effects of the violence and harassment. The ACLU is asking for the university to ensure that she can continue her education safely, and to revise its practices for responding to and preventing sexual assault and harassment to comply with federal law.