Is a Nondisclosure Agreement Silencing You From Sharing Your ‘Me Too’ Story? 4 Reasons It Might Be Illegal 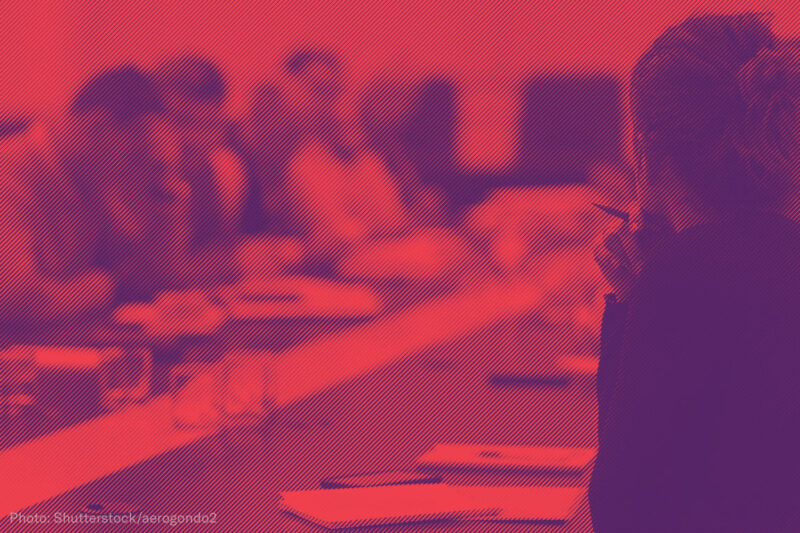 The #MeToo movement has freed women, many of whom have kept silent about sexual harassment or assault, to tell their stories. Finally, survivors’ voices are being heard. But there are still many survivors who don’t feel free to share their stories because they have signed nondisclosure agreements.

Nondisclosure agreements, or NDAs, are provisions frequently included in settlement agreements that prohibit survivors of sexual harassment or assault from publicly discussing both the settlement and what happened to them. Many women fear legal liability if they violate the terms of their agreements.

Of course, no survivor is obliged to share her story. Some survivors prefer to keep painful memories of harassment or assault private and willingly enter into NDAs. But NDAs can sometimes have unintended consequences. For example, the strict NDAs reportedly used by Harvey Weinstein enabled him to repeat the same patterns of harassment and assault for decades by silencing survivors from warning others about his behavior.

This dynamic has caused a reexamination of whether NDAs are enforceable, and what recourse survivors might have if they do wish to break their silence. Survivors who want to speak out should know their legal options.

The terms of NDAs can differ widely, so each one should be evaluated individually. This means that before disregarding one and sharing a “Me Too” story, survivors should talk to an attorney to discuss whether they will be vulnerable to legal action for violating their settlement terms or for defamation. Yet in broad strokes, here are four ways that survivors may be able to challenge the legality of their NDAs:

1. Some NDAs May Be Considered “Unconscionable” Contracts

A survivor may be able to challenge an NDA as an “unconscionable” contract term — an idea that focuses on both the process that led the parties to sign a contract as well as the substance of the contract terms.

Substantive unconscionability focuses on the terms of the agreement itself, that is, whether the agreement is unreasonably favorable to the more powerful party. For example, a court may consider a one-sided nondisclosure provision substantively unconscionable if it silences the survivor but leaves the employer free to slander them in the press. A court may also find an NDA unconscionable if it is unreasonably broad and prevents the survivors from discussing anything about her experience with her employer, as compared to an NDA that is limited to the settlement amount or terms.

Procedural and substantive unconscionability are evaluated on a sliding scale — the more unfair the bargaining process, the less a survivor would need to show that the terms of the agreement are unfair and vice versa.

Although private parties are generally free to enter contracts under any terms they freely negotiate, courts can and do consider whether contract terms violate public policy, including public policy that encourages individuals to report sexual harassment. For example, one federal circuit court invalidated a settlement provision that prevented employees from assisting the Equal Employment Opportunity Commission, the federal agency that handles workplace harassment cases, in its investigation.

Survivors in California may also be able to challenge an NDA under a California law that bars settlement agreements that contain nondisclosure provisions related to felony sex offenses. Under the law, a perpetrator cannot use an NDA to silence a survivor from discussing conduct like rape or felony sexual battery. Yet to protect the privacy of survivors, the law provides that a settlement agreement may still bar the perpetrator from disclosing personal identifying information about the survivor.

The California legislature is considering expanding its law to prohibit NDAs in a broader range of sexual harassment and assault settlements, and lawmakers are considering similar bills in states across the country, including Pennsylvania, New Jersey, and New York. The proposed state laws differ in terms of the circumstances in which they prohibit NDAs, the exceptions they build in for survivors who want to keep certain details of their settlements private, and the extent to which they tackle other related issues that silence survivors, such as mandatory arbitration provisions in employment contracts.

Advocates for survivors have had mixed reactions to these proposed state laws: Some feel they are necessary to expose repeat sexual harassers like Harvey Weinstein, while others worry that they will limit the size of settlements that employers are willing to pay or their willingness to settle at all.

Some survivors who have signed NDAs may be able to challenge them under the National Labor Relations Act (NLRA), which protects the ability of employees to engage in “concerted activities” for the purpose of “mutual aid or protection.” In other words, the NLRA is concerned with employer practices that prevent employees from helping each other fight for workplace rights.

NDAs that are signed as part of a settlement agreement are distinct from blanket nondisclosure provisions that employees sign at the outset of their employment, prohibiting them from discussing all sexual harassment complaints. The latter, though commonplace, are often illegal under National Labor Relations Board precedent. The former requires a more complex analysis.

Some caveats: The NLRA only protects employees, so a survivor could not bring an NLRA claim to invalidate an NDA with someone they did not work with. Further, the NLRA does not cover workers in certain industries, including agricultural and domestic workers.

If you or a survivor would like to speak further about legal avenues for invalidating an NDA, please fill out this intake form. No survivor who wants to share her #MeToo story should face the double indignity of harassment or assault and being silenced under the terms of a coercive NDA.