This Officer Was Given an Impossible Choice: Quit Breastfeeding or Put Your Life at Risk. The Courts Sided With Her. 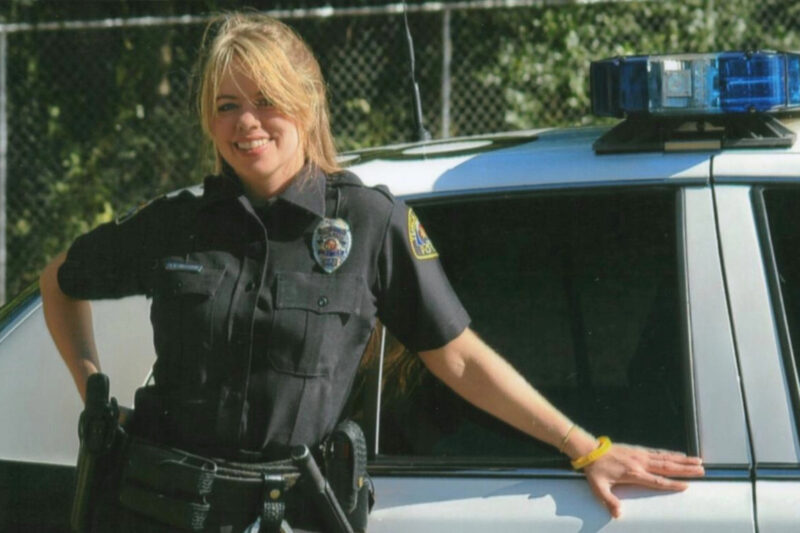 When the Pregnancy Discrimination Act was passed almost 40 years ago, it was intended to tackle the range of mistreatment women faced when they became mothers. And it did wipe out some of the most blatant forms of discrimination, like company policies that prohibited women from working during pregnancy at all or “protected” them out of hazardous — and, not coincidentally, high-paying — jobs. But despite this progress, many women today still find that becoming pregnant or having a child results in their careers taking a sudden nosedive.

That’s what happened to Stephanie Hicks, a narcotics investigator for the Tuscaloosa, Alabama, police department. Just eight days after she returned to work after her maternity leave, she was demoted to a position as a patrol officer. To her face, her supervisors told her it was because she seemed “changed,” implying that it was because she had the “baby blues.” But they were also overheard complaining about the length of time she had taken off for maternity leave, referring to her as a “stupid cunt” and saying they would “find anyway” to “get rid of that bitch.”

Working patrol not only involved a pay cut and worse shifts — it also required her to wear a bullet-proof vest. But Agent Hicks was still nursing her baby, who was only a few months old, and her doctor had warned her that the heavy and restrictive vest could interfere with her ability to continue breastfeeding and subject her to a risk of painful infection. When Hicks requested a desk job where she would not have to wear the vest, the department denied her request, even though officers were routinely provided the same accommodation for other reasons.

This forced Hicks to make an impossible choice: risk her safety — and possibly her life — by walking the beat without adequate safety protection or risk her health and ability to continue breastfeeding by wearing the restrictive vest. Forced to choose between her job and breastfeeding her baby, Hicks resigned.

Yesterday an appeals court took a major step in fulfilling the promise of the Pregnancy Discrimination Act by upholding a jury’s findings not only that Hicks’s demotion was discriminatory, but also that the department’s refusal to accommodate her with light duty was tantamount to firing her. The ACLU and the Center for WorkLife Law had submitted a friend-of-the-court brief on behalf of 22 women’s rights organizations and helped argue the case.

The ruling is significant for a number of reasons.

First, it specifically held that discrimination because a woman is breastfeeding is prohibited under the Pregnancy Discrimination Act. Though this sounds unremarkable, the ruling actually represents only the second time an appellate court has reached this conclusion. And it helps reverse an earlier trend in which courts had contorted themselves into knots to explain why breastfeeding should not be covered under a law that prohibits discrimination on the basis of medical conditions that are related to pregnancy and childbirth. (As I explained in previous blog posts, one court had reasoned that discrimination on the basis of breastfeeding is not pregnancy discrimination because once the woman had her baby, “her pregnancy-related conditions ended”; another came up with the reason that under certain circumstances, men can lactate). The Eleventh Circuit rightly recognized that liability for pregnancy discrimination does not end simply because a woman is no longer pregnant, and the court specifically held that lactation is covered as a sex-linked condition because, obviously, it is related to pregnancy.

Forced to choose between her job and breastfeeding her baby, Hicks resigned.

The decision also represents the first time an appellate court has recognized that employers have an obligation to treat requests for workplace accommodations related to breastfeeding on the same terms as accommodation requests for other conditions. This follows from the Supreme Court’s recent decision in Young v. U.P.S., which held that an employer’s failure to provide accommodations related to pregnancy — in that case, a request for light duty due to a lifting restriction — could amount to sex discrimination.

In Hicks’s case, while the court was careful to specify that the police department did not owe Hicks any “special accommodations” for breastfeeding, it also made clear that she was entitled not to be treated worse than other employees. This puts to rest the notion that accommodations for breastfeeding are “special treatment” if they are actually similar to what is given to others. The evidence showed that she had been denied an accommodation — a desk job — that was routinely granted to other officers, simply because her chief did not believe that breastfeeding qualified.

Finally, and perhaps most importantly, the court recognized that Hicks’s decision to resign was entirely reasonable under these life or death circumstances. At oral argument, one of the judges on the panel likened the department’s argument that Hicks should have shown up to patrol in a vest that left “gaping, dangerous holes” to telling her to jump out of an airplane with a defective parachute. At the same time, the court suggested that her refusal to sacrifice her ability to nurse was itself reasonable in light of the “overwhelming” recommendation of breastfeeding by the medical community.

By validating Hicks’s decision, the court treated her resignation as “constructive discharge” — that is, as if the employer had forcibly shown her the door. It also did what the courts have only rarely done: It took the perspective not just of a reasonable person, but of a reasonable person in Hicks’s position. The court rightly stepped into the shoes of a breastfeeding mom, confronted with an impossible choice between doing what her doctor had advised was best for her and her baby and doing her job. This is precisely the type of Hobson’s choice the Pregnancy Discrimination Act was intended to prevent women from having to face.

If you’ve been discriminated against on the job or denied accommodations for breastfeeding, tell us your story!