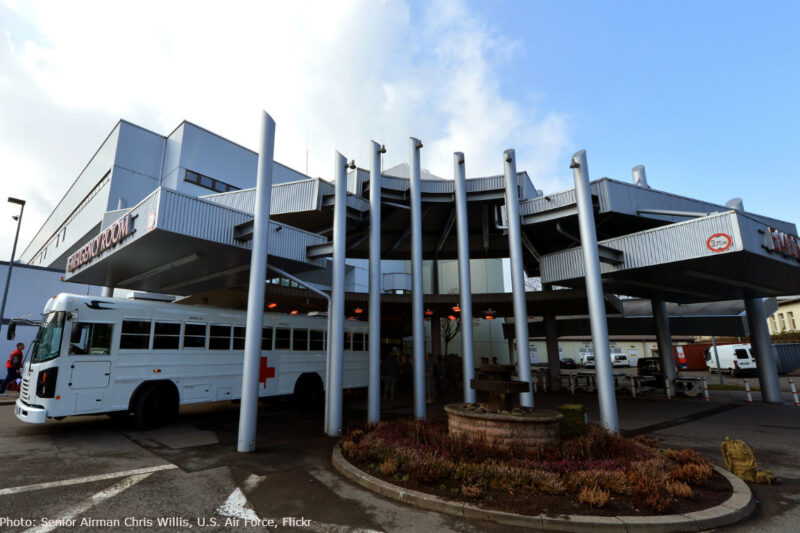 It’s been over 30 years, and still I remember the German word for abortion. I was a young lieutenant serving overseas on my first duty assignment after being commissioned in the Army when I became pregnant. I was serving in the military to protect constitutional rights of U.S. citizens, but I was restricted from accessing my own constitutionally protected rights.

A doctor at the military hospital confirmed my fear that I was indeed pregnant, even though I had been using military prescribed birth control. When I told the doctor that I didn’t want to go through with the pregnancy, he couldn’t help me. He told me I would have to seek care elsewhere.

I didn’t speak German, but I had to figure out how to find a reputable clinic — even making an appointment was daunting. Another lieutenant in my unit, one who’d also had an abortion, accompanied me because the abortion clinic wouldn’t let me drive after the procedure. For the week following the procedure I needed to be on light duty, no physical training. To get the time off, I confided in my executive officer, and he signed off on my pass. I never told anyone else. I was embarrassed and ashamed.

In retrospect, I don’t know why I was ashamed. Three years earlier, when I was a cadet at West Point, one of my roommates left school unexpectedly for a week. I later learned that she left to get an abortion. Then, I had no idea. A couple of months ago, our West Point Women Facebook page had an open discussion about abortions. It seems that many of us secretly had abortions while we were cadets or later when we were on active duty as lieutenants and captains. While some of us had support from friends or family, none of us had the support of the military medical community that is supposed to provide our medical care.

Earlier this week, I attended the Military Women’s Health Research Conference. I was saddened to learn how little has changed; service-women still cannot get abortion care services on the military bases where they serve. I was surprised to learn that the military has very little information about how or where servicewomen seek abortion services. The doctors I spoke to at the conference acknowledged that they didn’t even know how servicewomen seeking off-post abortion services impacts our health, our well-being, or even unit readiness.

My experience in the Army was not unique, but it was probably better than that of a young enlisted women faced with the same situation. How would such an unintended pregnancy impact the life of a young enlisted woman who lives in the barracks, doesn’t own a car, and has limited funds? What if her commander won’t issue her a pass to travel off base? What if the she is stationed in a country — or even a state in the U.S. — where abortion is so restricted it is inaccessible?

Recently the House Armed Services Committee passed up a chance to make things right — voting down an amendment to the defense authorization bill which would have repealed the facilities ban. The ban prohibits abortions on military treatment facilities — except in cases of rape, incest, or when the woman’s life is endangered — and prevents servicewomen and military dependents from paying for and accessing abortion services at a military hospital or clinic and forces them to seek care off base. Despite strong support from a host of advocacy and medical groups and many members of the committee, the amendment failed by a vote of 37 to 25.

Until the military provides legal abortion services at its military treatment facilities, servicewomen will continue to be disproportionately and negatively impacted by a policy that affects our health and wellbeing as well as the readiness of the military.