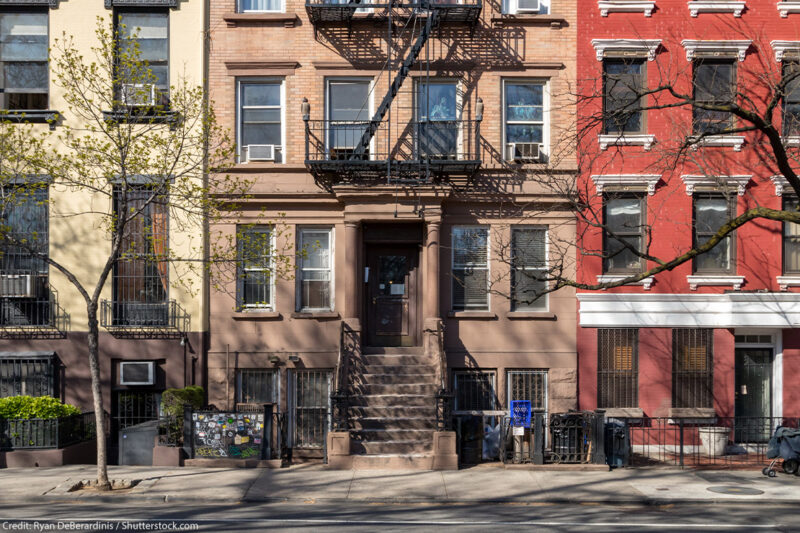 Landlords lag far behind employers, schools, and other institutions in addressing sexual harassment.

Rita, a single mother, was desperate to find an affordable home in Palm Beach County, Florida, after suffering a foreclosure a few years earlier. After searching for some time, she finally found an apartment within her price range but there was one huge problem: Soon after she moved in, the property manager began to sexually harass her.

He took advantage of Rita’s financial circumstances — and his position of power over her — to extort sexual acts from her in exchange for reduced rent. The harassment escalated, as he tracked her whereabouts, monitored her guests, and installed surveillance cameras facing her home. After Rita refused to continue with the “quid pro quo” arrangement, the property manager retaliated. He served her with fraudulent violation and eviction notices, filed an eviction action against her even though she owed no rent, and asked the police to arrest her for trespassing.

Rita filed a lawsuit against the property manager, arguing that his harassment of her and retaliatory acts once she rejected his sexual behavior violated the federal Fair Housing Act, which protects people from discrimination based on sex, including sexual harassment. In a shocking decision, the trial court dismissed her case at the earliest stage, concluding that even if she could prove all of her allegations, the property manager’s conduct would not qualify as either harassment or retaliation.

Yesterday, the ACLU Women’s Rights Project, along with the National Fair Housing Alliance, National Women’s Law Center, Relman Colfax PLLC, and other groups, filed an amicus brief in support of Rita’s appeal to the U.S. Court of Appeals for the 11th Circuit. The brief lays out the consistent case law that shows sexual harassment in housing violates civil rights guarantees. It also underscores the inherent power imbalance between a housing provider and a tenant, arguing that an owner or property manager violates the Fair Housing Act when he conditions a tenant’s rental payment on her submission to sexual acts as well as when he retaliates against her when she refuses.

Unfortunately, Rita’s experience is far from anomalous. Sexual harassment in housing remains a widespread and insidious issue for women and LGBTQ tenants across the country. And the COVID-19 pandemic has only made tenants more vulnerable to harassment and abuse by landlords and property managers who abuse tenants’ financial insecurity and shelter-in-place orders.

Sexual harassment in the home in uniquely violative and threatening, as the home is supposed to be one’s place of refuge. Victims of sexual harassment have reported severe and often immobilizing emotional and physiological consequences, including shame, depression, sleeplessness, headaches, and anxiety. In many cases, individuals are forced to move out of their homes to escape the abuse. But such displacement is expensive and often results in financial hardship due to steep moving costs, loss of security deposits, and even job loss.

Critically, women of color are especially vulnerable to sexual harassment and its lasting consequences due to the intersecting experiences of racism and sexism. The testimony of Black women, Indigenous women, and other women of color often reveals that they have been sexually harassed or targeted precisely because of their race and stereotypes about women of color.

Moreover, the harmful impact of sexual harassment is magnified for women and gender-nonconforming tenants who hold other marginalized identities. Women with disabilities, for example, face higher rates of sexual harassment and violence than those without disabilities. Transgender women and other LGBTQ-plus tenants also experience significant barriers to housing access due to harassment and abuse based on sexual orientation or gender identity.

Yet despite the devastating consequences of discrimination on tenants, landlords lag far behind employers and schools in ensuring that they and their staff are held accountable when they perpetrate sexual harassment, or when they know of harassment committed by other tenants. Courts should hold landlords accountable when they fail to address harassment, including sexual harassment, committed by tenants — just as employers are responsible for responding to sexual harassment at the workplace, and schools are responsible for responding to complaints by students. We recently filed an amicus brief in Francis v. Kings Manor Park — a case before the U.S. Court of Appeals for the Second Circuit — arguing that a housing provider should be held liable under the Fair Housing Act for refusing to respond to discriminatory tenant-on-tenant harassment.

Enforcing the Fair Housing Act’s protections against sexual harassment — whether by landlords, property managers, or other tenants — is a crucial step. It has been established time and again that this nation’s civil rights statutes broadly protect against sexual harassment in every major facet of one’s life. The courts must apply the Fair Housing Act’s protections to ensure equal housing opportunity for women and all marginalized communities.