States Fight Back Against Pregnancy Discrimination 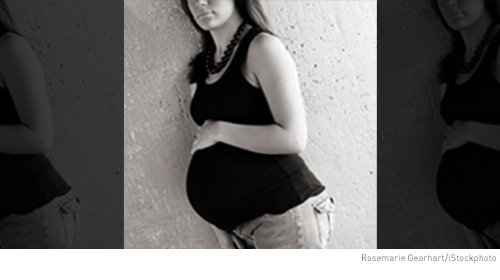 When Peggy Young got pushed out of her job at UPS after she became pregnant, she fought back by bringing a lawsuit against her employer, claiming that UPS discriminated against her by refusing to give her a light duty rotation, even though UPS admitted that it routinely accommodates workers with on-the-job injuries, workers who lose their drivers’ licenses, and workers who are covered by the Americans with Disabilities Act. Unfortunately, many employers think it’s okay to treat pregnant workers worse than other employees who need temporary light duty positions or other temporary adjustments, like the ability to sit down or drink more water. And some courts have agreed.

In Ms. Young’s case, in which the ACLU submitted a friend-of-the-court brief, an appeals court held that to require UPS to give pregnant workers the same kinds of accommodations it gives other workers would be to grant special “most favored nation status” to pregnant employees.

Recently, however, a growing number of states has decided that it is fundamentally unfair and unlawful to allow companies to push pregnant women out of the workforce in this way. The majority of American women will be pregnant at some point in their working life, and it makes no sense to allow employers to send pregnant workers packing, when employers can keep pregnant workers on the job using the same policies they already use to keep temporarily injured or disabled workers at work. While the federal Pregnancy Discrimination Act was passed in 1978 precisely to ensure that pregnant women were not subject to unlawful firings and other mistreatment, courts – like the court in Peggy Young’s case – have been allowing employers to treat pregnant workers worse.

States have started to fight back. Recently, the state of Maryland, with the support of Peggy Young, the ACLU of Maryland, and other civil rights groups, passed a law that will close this gap in the law, at least for pregnant workers in Maryland. The Governor is expected to sign the bill into law in May. Now, pregnant women in Maryland will receive the same kinds of accommodations that are currently provided to other employees with temporary physical restrictions.

In New York, the Governor and advocates, including the New York Civil Liberties Union, are trying to pass the New York Women’s Equality Agenda, which will explicitly require employers to provide a reasonable accommodation for pregnant workers, just as they already do for many other workers who are temporarily unable to do any aspect of their job. The law would provide more certainty for pregnant workers like Julie Desantis-Mayer, who was forced onto unpaid leave when she requested light duty in her job as a package delivery driver for UPS. We filed a sex discrimination charge with the EEOC on behalf of Ms. Mayer and are currently proceeding before the agency.

A number of states, including Michigan, Connecticut, California, and a handful of others, already have some kind of law requiring parity in accommodations for pregnant workers. Other states are starting to follow suit – this year bills were introduced in Iowa, Illinois, and Maine, as well. These bills should not be necessary. Congress tried to outlaw the widespread practice of pushing pregnant women out of the workplace 35 years ago. But employers – and some courts – have not gotten the message. Women workers in states around the country won’t stop until their right not to be forced off the job when pregnant is secure.