Survey Shows Sexual Harassment in School Is All Too Common 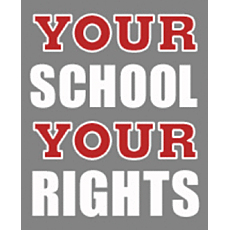 According to a new study, sexual harassment, including unwanted sexual touching and sexual coercion as well as milder behaviors, is a regular feature of going to school for a significant number of American middle- and high-school students. The American Association of University Women released a study yesterday, surveying nearly 2000 students in grades 7 through 12. According to the study, girls reported being harassed more than boys, and harassment affected girls more negatively than boys. Of great concern, 13% of girls reported being touched in an unwelcome sexual way, 9% reported being physically intimidated in a sexual way, and 4% reported being forced to do something sexual.

The study found that harassment poses a real and troubling barrier to students’ access to education: more than a third of girls who reported being harassed in some way said they did not want to go to school afterwards. Ten percent of girls in the study said they changed the way they went to or from school, and four percent of students reported that they actually changed schools because of what was happening to them.

These are sobering numbers, but numbers don’t tell the whole story. In a recent blog series, the ACLU partnered with the organization V-Girls to give girls the opportunity to speak out against sexual and other gender-based violence and harassment at school in their own voices.

We have promoted efforts to educate students — including middle-school and high school students, but also college students — about their rights under federal law to an equal education, free from sexual violence, dating violence, and other gender-based violence and harassment. Title IX of the Education Amendments of 1972, the federal civil rights law that prohibits discrimination on the basis of sex in any federally-funded education program or activity, is a powerful tool for students who want to combat gender-based violence and harassment. Under Title IX, schools can be held accountable by a federal agency or in court if they fail to address certain forms of gender-based violence and harassment — including sexual assault — appropriately. The AAUW study released yesterday points students and schools to our resources on Title IX and gender-based violence, as well as to other tools and institutions they can turn to. As the new study starkly illustrates, students need this tool, and others, more than ever, to combat the harassment that is a regular part of school in America and that prevents victims from realizing the promise of an equal education.