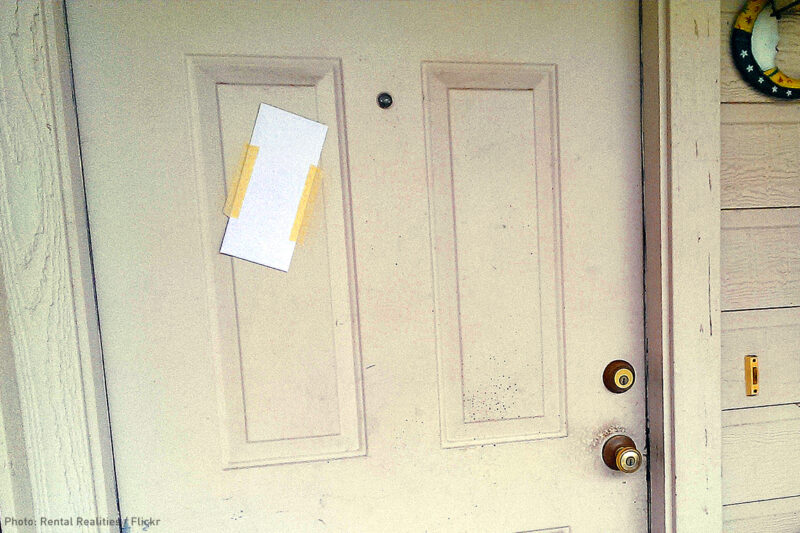 Five years ago, Nikita Smith’s landlord filed an eviction case against her. They worked it out, and Ms. Smith was never evicted. Little did she know that years later, the eviction filing would continue to haunt her. When she applied for another apartment in Renton, Washington, just outside Seattle, the property’s management company shut her out from the chance to move into a new home.

Across the country, landlords routinely use screening policies that deny housing whenever an applicant was named in an eviction case — even when a court never ordered the eviction. These unfair policies punish families based on a prior landlord’s decision to file a case, ignoring the reasons for filing, the outcome of the case, or the family’s circumstances. Applicants are often asked whether they were ever involved in an eviction case, and tenant screening companies provide court data to landlords, creating tenant blacklists. Even if the eviction case was dismissed, filed many years ago, or based on unlawful reasons, people’s housing options disappear.

For example, A.R.’s landlord tried to kick her out when her ex-boyfriend came to her home, threatened her, and threw a rock through her window. Because evictions based on domestic violence are illegal, she got the case thrown out. But seven years later, she still can’t get housing because of the black mark on her record.

If we want the American Dream to be more than just that — a dream — then we need to reform the way eviction screenings are done in this country.

These policies give landlords a powerful weapon. Landlords can threaten eviction when tenants protest the failure to make repairs or for reasons that violate the law. When the mere filing of an eviction case means that a family’s future housing applications will be rejected, many tenants will avoid a case at all costs. They will move out, tolerate unsafe living conditions, or decline to exercise their rights, allowing landlords to act with impunity.

While these unjust screening policies affect all tenants, Black women are most likely to be blacklisted. In King County, Washington, where Ms. Smith lives, our research shows that African-American tenants are nearly four times more likely to have an eviction case filed against them compared to white tenants. The disparity is even starker for African-American women: They are more than five times as likely to have a filing against them compared to households headed by white men.

Today, the ACLU, ACLU of Washington, Northwest Justice Project, and Virginia Poverty Law Center filed a federal lawsuit on behalf of Ms. Smith. The complaint alleges that the management company violated the Fair Housing Act when it refused to consider her application because its blanket screening policy disproportionately harms African-Americans, particularly African-American women. As far as we know, it is the first case challenging an eviction screening policy under civil rights law. It is also the first under the Fair Housing Act that focuses on intersectional race and sex housing discrimination, highlighting how African-American women are especially impacted by the use of these blanket screening policies.

It’s understandable that landlords want to screen applicants for past problems in their tenancies. But rather than flatly rejecting everyone who ever had a case filed against them, landlords should give applicants the chance to explain their individual circumstances and why they would be good tenants.

Almost three million people are estimated to face eviction annually. With these screening policies in place, millions more are shut out of housing possibilities for years to come. Eviction screening policies not only bar people from new housing, but also seriously constrain their access to better jobs, schools, healthcare, and transportation, all of which are tied to one’s home.

Ending unfair eviction screenings would open the doors of opportunity for families to many communities that are currently closed to them. If we want the American Dream to be more than just that — a dream — then we need to reform the way eviction screenings are done in this country.