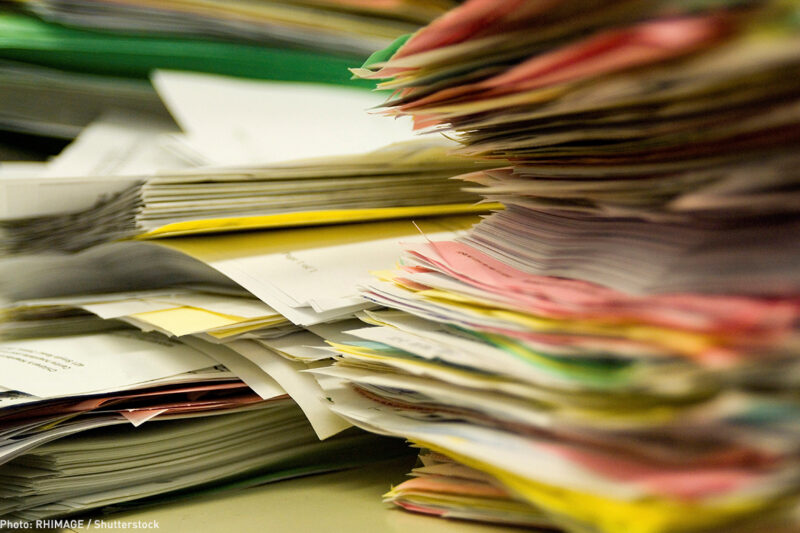 In its aggressive campaign to roll back efforts advanced in recent years to close the gender wage gap, the Trump administration now is politicizing the Equal Employment Opportunity Commission (EEOC), the agency that was created more than 50 years ago by Congress to enforce the nation’s laws against discrimination in employment.

On Wednesday, the ACLU filed a Freedom of Information Act (FOIA) request with the EEOC seeking records concerning the Office of Management and Budget’s (OMB) recent decision directing the civil rights agency to halt implementation of its new pay data collection initiative. Set to go into effect in March 2018, the initiative updated the EEO-1, a form used by the government to collect information from certain employers about the gender, race, and ethnicity of their employees by job category. The updated EEO-1 would have required these employers to also provide information about the wages they pay their employees. Separately on Wednesday, the National Women’s Law Center and the Lawyers Committee for Civil Rights also filed several FOIA requests with OMB about the decision to stay the new EEO-1 data collection.

The new pay data would have better equipped the EEOC and other federal law enforcement entities to assess wage disparities for protected groups, and identify companies that might be engaging in pay discrimination. In addition, the process of collecting the data would require employers to examine their own pay practices — which far too many are content to put out of sight and out of mind. The exercise of self-auditing in this way is a recognized best practice in eradicating pay discrepancies, one that some companies have undertaken voluntarily, with positive results.

Last month, OMB summarily announced that the pay data would not be collected after all. In a memo to the EEOC, OMB told the agency to start from scratch to develop a new mechanism for reviewing pay data, stating that it “is concerned that some aspects of the revised collection of information lack practical utility, are unnecessarily burdensome, and do not adequately address privacy and confidentiality issues.” But it provided no explanation of how or why it reached that conclusion. All we know is that prior to the OMB’s announcement, business groups, including the Equal Employment Advisory Council, the U.S. Chamber of Commerce, and the Business Roundtable, had requested that OMB stop the EEOC from implementing the pay data reporting requirements.

This decision, reached behind closed doors, without public input, and lacking any evidentiary support, stands in sharp contrast to the rigorous, multi-year deliberative process that led to the EEOC’s adoption of the new EEO-1. The FOIA request is intended to pull back the veil and shine a spotlight on this administration’s decision-making process, including any undue influence exerted by business when it comes to workers’ civil rights.

OMB’s move is only the latest action under this administration to undermine workplace equality. In March, with President Trump’s blessing, Congress withdrew an executive order issued by President Obama that required businesses to disclose prior labor violations, including equal pay violations, to be eligible to receive federal contracts. And the president is “revisiting” a recent Labor Department rule raising the income threshold for overtime pay, a policy change that would have particularly benefited women in low-wage occupations.

As the EEOC considers new pay data measures to propose to OMB, it’s critical that advocates for workers, especially women and women of color, hold accountable the current EEOC commissioners as well as the two new nominees, Janet Dhillon and Daniel Gade, whom Trump has nominated to serve on the EEOC. Although neither nominee has deep experience in employment law, both said during a Senate confirmation hearing on Tuesday that they are committed to finalizing the EEOC data collection process within a reasonable time.

The Trump administration may hope to keep the true scope of our nation’s economic disparities in the shadows. But the ACLU won’t stand idly by. We’re working to ensure that any new employer pay data collection requirements are not watered-down, and that the decision-making process is transparent.