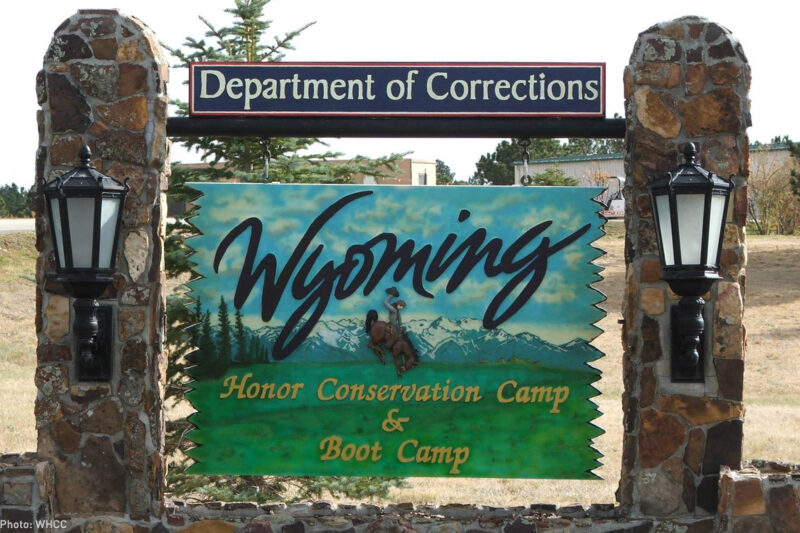 Last week, the ACLU filed a lawsuit in federal court in Wyoming on behalf of 23-year-old Taylor Blanchard. Ms. Blanchard is a first-time offender who was convicted of a drug-related crime and sentenced to six to 10 years in prison. She is incarcerated at the Wyoming Women’s Center in the small town of Lusk, Wyoming.

But she shouldn’t be.

Wyoming, like many states, has a “boot camp” program for young, first-time offenders. The offenders in these programs receive specialized classes, educational instruction, and training aimed at rehabilitation. The program lasts six months, and at the end of the program, the sentencing judge receives a report. If the “booter” did well, the judge will likely release the person on probation or place the offender in a halfway house. Ms. Blanchard, in other words, could spend only six months in a boot camp rather than six to 10 years behind bars.

Scores of women spent extra years in prison only because of their gender.

Except that Ms. Blanchard cannot become a “booter.” And the only reason why is that she’s a woman.

In Wyoming, the boot camp program is only for men. Yes, you read that right. Ms. Blanchard’s sentencing judge recommended that she be sent to boot camp, but because Wyoming doesn’t have one for women, Ms. Blanchard was sent to the Wyoming Women’s Center (WWC) instead. She will now spend several more years in prison than if she completed boot camp.

Wyoming hasn’t always been this discriminatory. In fact, the state selected as its motto “Equal Rights.” For more than a century, Wyoming’s nickname has been “The Equality State” because, in 1869, Wyoming became the first territory, and later the first state, to give women the right to vote. In 1924, Wyoming became the first state to elect a female governor, Nellie Ross. Unfortunately, Wyoming now discriminates against women regarding eligibility for boot camp, and the result is that some women will spend more years in prison than men who commit the identical crime.

The lawsuit, brought by the ACLU along with Wyoming attorney John Robinson, is a class action. In her role as lead plaintiff, Ms. Taylor is asking the federal court to order Wyoming prison officials to send not only her to a boot camp but also all other women currently at WWC, who would have been sent to boot camp if the program were gender neutral. The order would also apply to all future female offenders who qualify for the program.

The men’s boot camp program began in 1987. Since then, hundreds of men have completed the program and were released after six months. During those same years, scores of women spent extra years in prison only because of their gender. It is difficult to understand how Wyoming prison officials found that acceptable.

Our plan is to expedite the case and seek an immediate halt to this blatant discrimination. We will ask the federal judge to order Wyoming prison officials to either quickly create a boot camp for women or find spaces in out-of-state boot camp programs for every eligible woman who wants to attend. Each day these women are denied admission to boot camp is one extra day they will spend in prison — and be denied helpful programming — in violation of their federal rights.

Hopefully, Wyoming prison officials will soon ensure that each woman who deserves to be in a boot camp program will be placed in one, and Wyoming can once again rightfully be called The Equality State.