ACLU Statement on the 12th Anniversary of Guantánamo

Twelve years have passed since the first prisoner arrived in Guantánamo Bay, making it the longest-standing war prison in U.S. history. Guantánamo has been a catastrophic failure on every front, and it is long past time for this shameful episode in American history to be brought to a close. Almost 800 men have passed through Guantánamo's gates. Today, 155 men remain. Seventy-seven of these men have been cleared for release, the vast majority for years, but still they wait to go home, or on to a new life in a third country. 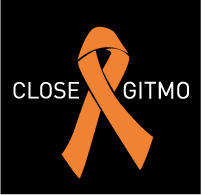 The prison at Guantánamo symbolizes our nation's failure to adhere to the rule of law and human rights, and this ongoing betrayal of American values undermines our standing in the world and serves as a recruiting tool for our enemies. We continue to indefinitely detain without charge or trial terrorism suspects captured far from any theater of war. And we continue to rely upon unconstitutional and secretive military commissions to try some of the most important cases in our nation's history, even though the federal courts have proven to be reliable and secure.

As we mark this 12th anniversary, it is worth pausing for a moment to reflect on the fact that the prison has been open so long that most teenagers and young adults barely remember a United States without its prison at Guantánamo Bay.

Every branch of our government shares responsibility for the continued stain that is Guantánamo. The Supreme Court has stood by while the U.S. Court of Appeals for the District of Columbia has eviscerated habeas protections for Guantánamo prisoners, rigging the rules in favor of the government and making it almost impossible for prisoners to meaningfully challenge their detention. Congress repeatedly voted to restrict the president's authority to transfer prisoners—even those cleared for release—from Guantánamo. The president failed to veto those laws and could have done much more to fulfill the promise he made to close Guantánamo on his very first day of office.

On the eve of Guantánamo's 13th year there are reasons to be hopeful that we have reached a turning point. That turning point came in large part because desperate prisoners took it upon themselves to protest in the only way they knew how: by going on hunger strike, some to the verge of severe illness, for months. 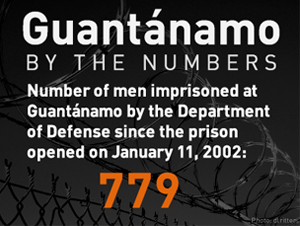 Last spring, the president signaled his renewed commitment to closing Guantánamo in a speech at the National Defense University. Special envoys for the closure of the camp were appointed at the Pentagon and the State Department shortly after, and since then the pace of transfers has accelerated. Then, in December, for the first time, Congress eased onerous restrictions on transfers of prisoners to other countries in the 2014 National Defense Authorization Act.

Much still remains to be done. The president and the special envoys must work hard to ensure that all prisoners who have not been charged or convicted are transferred either to their home countries or, if there is a risk of torture or other abuse, to a third country. The president must also end the unjust Guantánamo military commissions. For its part, Congress must allow transfers to the United States for trial in federal court or critical medical care.

For the sake of the rule of law and human rights, American security and values, and for Guantánamo's many victims, all of the branches of our government must work together to ensure that the prison is closed for good.