The Bill of Rights: A Brief History

"[A] bill of rights is what the people are entitled to against every government on earth, general or particular, and what no just government should refuse."
- Thomas Jefferson, December 20, 1787

In the summer of 1787, delegates from the 13 states convened in Philadelphia and drafted a remarkable blueprint for self-government -- the Constitution of the United States. The first draft set up a system of checks and balances that included a strong executive branch, a representative legislature and a federal judiciary.

The Constitution was remarkable, but deeply flawed. For one thing, it did not include a specific declaration - or bill - of individual rights. It specified what the government could do but did not say what it could not do. For another, it did not apply to everyone. The "consent of the governed" meant propertied white men only.

The absence of a "bill of rights" turned out to be an obstacle to the Constitution's ratification by the states. It would take four more years of intense debate before the new government's form would be resolved. The Federalists opposed including a bill of rights on the ground that it was unnecessary. The Anti-Federalists, who were afraid of a strong centralized government, refused to support the Constitution without one.

In the end, popular sentiment was decisive. Recently freed from the despotic English monarchy, the American people wanted strong guarantees that the new government would not trample upon their newly won freedoms of speech, press and religion, nor upon their right to be free from warrantless searches and seizures. So, the Constitution's framers heeded Thomas Jefferson who argued: "A bill of rights is what the people are entitled to against every government on earth, general or particular, and what no just government should refuse, or rest on inference."

The American Bill of Rights, inspired by Jefferson and drafted by James Madison, was adopted, and in 1791 the Constitution's first ten amendments became the law of the land.

Early American mistrust of government power came from the colonial experience itself. Most historians believe that the pivotal event was the Stamp Act, passed by the English Parliament in 1765. Taxes were imposed on every legal and business document. Newspapers, books and pamphlets were also taxed. Even more than the taxes themselves, the Americans resented the fact that they were imposed by a distant government in which they were not represented. And they were further enraged by the ways in which the Stamp Act was enforced.

Armed with "writs of assistance" issued by Parliament, British customs inspectors entered people's homes even if they had no evidence of a Stamp Act violation, and ransacked the people's belongings in search of contraband. The colonialists came to hate these "warrantless" searches and they became a rallying point for opposition to British rule.

From these experiences came a uniquely American view of power and liberty as natural enemies. The nation's founders believed that containing the government's power and protecting liberty was their most important task, and declared a new purpose for government: the protection of individual rights.

The protection of rights was not the government's only purpose. It was still expected to protect the community against foreign and domestic threats, to ensure economic growth, and to conduct foreign affairs. It was not, however, the government's job to tell people how to live their lives, what religion to believe in, or what to write about in a pamphlet or newspaper. In this sense, the idea of individual rights is the oldest and most traditional of American values.

Democracy and liberty are often thought to be the same thing, but they are not.

Democracy means that people ought to be able to vote for public officials in fair elections, and make most political decisions by majority rule.
Liberty, on the other hand, means that even in a democracy, individuals have rights that no majority should be able to take away.

The rights that the Constitution's framers wanted to protect from government abuse were referred to in the Declaration of Independence as "unalienable rights." They were also called "natural" rights, and to James Madison, they were "the great rights of mankind." Although it is commonly thought that we are entitled to free speech because the First Amendment gives it to us, this country's original citizens believed that as human beings, they were entitled to free speech, and they invented the First Amendment in order to protect it. The entire Bill of Rights was created to protect rights the original citizens believed were naturally theirs, including:

​"An Impenetrable Bulwark" of Liberty

The Bill of Rights established soaring principles that guaranteed the most fundamental rights in very general terms. But from the beginning, real live cases arose that raised difficult questions about how, and even if, the Bill of Rights would be applied. Before the paper rights could become actual rights, someone had to interpret what the language of the Bill of Rights meant in specific situations. Who would be the final arbiter of how the Constitution should be applied?

At first, the answer was unclear. Thomas Jefferson thought that the federal judiciary should have that power; James Madison agreed that a system of independent courts would be "an impenetrable bulwark" of liberty. But the Constitution did not make this explicit, and the issue would not be resolved until 1803. That year, for the first time, the U.S. Supreme Court struck down an act of Congress as unconstitutional in a case called Marbury v. Madison. Although the facts of this case were fairly mundane (a dispute over the Secretary of State's refusal to commission four judges appointed by the Senate), the principle it established - that the Supreme Court had the power to nullify acts of Congress that violated the Constitution - turned out to be the key to the development and protection of most of the rights Americans enjoy today. According to one eminent legal scholar, the independent judiciary was "America's most distinctive contribution to constitutionalism."

The judicial branch of the new government was different from the legislative and executive branches in one very important respect: the courts did not have the power to initiate action by themselves. Congress could pass laws and the President could issue executive orders, but courts could not review these actions on their own initiative. Courts had to wait until a dispute - a "case or controversy" - broke out between real people who had something to gain or lose by the outcome. And as it turned out, the people whose rights were most vulnerable to governmental abuse had least capacity to sue.

Thus, although the power of judicial review was established in 1803, more than a century would pass before the Supreme Court even had many opportunities to protect individual rights. For 130 years after ratification, the most notable thing about the Bill of Rights was its almost total lack of implementation by the courts. By the beginning of the 20th century, racial segregation was legal and pervaded all aspects of American society. Sex discrimination was firmly institutionalized and workers were arrested for labor union activities. Legal immigrants were deported for their political views, the police used physical coercion to extract confessions from criminal suspects, and members of minority religions were victims of persecution. As late as 1920, the U.S. Supreme Court had never once struck down any law or governmental action on First Amendment grounds. 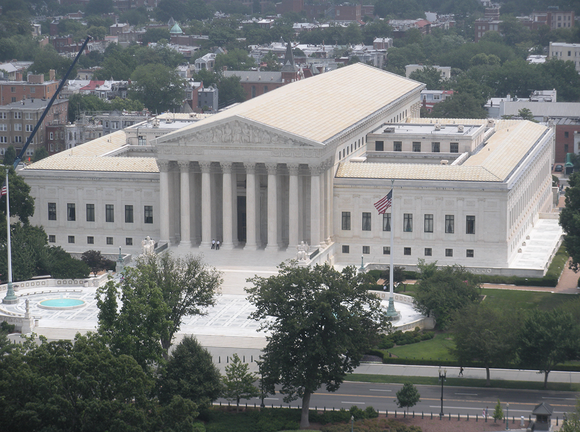 The most common constitutional violations went unchallenged because the people whose rights were most often denied were precisely those members of society who were least aware of their rights and least able to afford a lawyer. They had no access to those impenetrable bulwarks of liberty - the courts. The Bill of Rights was like an engine no one knew how to start.

In the Public Interest

In 1920, a small group of visionaries came together to discuss how to start the engine. Led by Roger Baldwin, a social worker and labor activist, the group included Crystal Eastman, Albert DeSilver, Jane Addams, Felix Frankfurter, Helen Keller and Arthur Garfield Hayes. They formed the American Civil Liberties Union (ACLU) and dedicated themselves to holding the government to the Bill of Rights' promises.

The ACLU, the NAACP, founded in 1909, and labor unions, whose very right to exist had not yet been recognized by the courts, began to challenge constitutional violations in court on behalf of those who had been previously shut out. This was the beginning of what has come to be known as public interest law. They provided the missing ingredient that made our constitutional system and Bill of Rights finally work.

Although they had few early victories, these organizations began to create a body of law that made First Amendment freedoms, privacy rights, and the principles of equality and fundamental fairness come alive. Gradually, the Bill of Rights was transformed from a "parchment barrier" to a protective wall that increasingly shielded each individual's unalienable rights from the reach of government.

Enormous progress was made between 1954 and 1973, when many rights long dormant became enforceable. Today, those achievements are being heavily challenged by a movement dedicated to rolling back the reach and effectiveness of the Bill of Rights and to undermining the independence of our courts.

The development of the Bill of Rights was a pivotal event in the long story of liberty, but it is a story that is still unfolding.

Rights, But Not for Everyone

The Bill of Rights seemed to be written in broad language that excluded no one, but in fact, it was not intended to protect all the people - whole groups were left out. Women were second-class citizens, essentially the property of their husbands, unable even to vote until 1920, when the 19th Amendment was passed and ratified.

Native Americans were entirely outside the constitutional system, defined as an alien people in their own land. They were governed not by ordinary American laws, but by federal treaties and statutes that stripped tribes of most of their land and much of their autonomy. The Bill of Rights was in force for nearly 135 years before Congress granted Native Americans U.S. citizenship.

And it was well understood that there was a "race exception" to the Constitution. Slavery was this country's original sin. For the first 78 years after it was ratified, the Constitution protected slavery and legalized racial subordination. Instead of constitutional rights, slaves were governed by "slave codes" that controlled every aspect of their lives. They had no access to the rule of law: they could not go to court, make contracts, or own any property. They could be whipped, branded, imprisoned without trial, and hanged. In short, as one infamous Supreme Court opinion declared: "Blacks had no rights which the white man was bound to respect."

It would take years of struggle and a bloody civil war before additional amendments to the Constitution were passed, giving slaves and their descendants the full rights of citizenship - at least on paper:

But it would take a century more of struggle before these rights were effectively enforced.