GENEVA — The United Nations Committee on the Elimination of Racial Discrimination should direct the United States government to take immediate, tangible measures to dismantle structural racism in the U.S., Human Rights Watch and the American Civil Liberties Union said today, releasing a joint report to the committee.

The United States, which in 1994 ratified the International Convention on the Elimination of All Forms of Racial Discrimination, will appear before the committee for a review of its compliance with the convention on August 11-12, 2022, in Geneva, Switzerland.

“Decades after the U.S. committed to end racial discrimination, systemic racism continues to infect our institutions,” said Jamil Dakwar, director of the ACLU’s Human Rights Program. “The Biden administration has shown it can name the problem, but the time has come to take bolder action to radically transform these abusive systems and fully implement U.S. human rights obligations.”

President Joe Biden stated that “systemic racism” is “corrosive,” “destructive,” and “costly” when he adopted an executive order aimed at achieving racial equity in the United States. He is also the first U.S. president to officially commemorate the 1921 Tulsa race massacre. Yet his administration has not adopted an executive order to create a commission to study the need for reparations and develop specific remedies for the enslavement of people in the United States and its myriad legacies. Such a commission is also pending before the U.S. Congress in a bill known as H.R. 40, and its Senate companion S. 40.

“In the absence of congressional action to pass H.R. 40 and S. 40, President Biden should establish the commission to study and develop reparations for the legacies of slavery through executive order,” said Dreisen Heath, racial justice researcher and advocate at Human Rights Watch. “The U.S. government needs to build an equitable future for all, and that requires going beyond ordinary public policy to take concrete measures to begin to comprehensively tackle everything from the yawning Black-white wealth gap to the terror of white supremacy.”

The anti-racism convention not only prohibits government actions that have a racist purpose or intent, but also those that have a racist effect or impact. In their report, the ACLU and Human Rights Watch detail the engrained policies in the United States that have disproportionately harmed non-white racial groups, especially Black Americans, including those leading to mass incarceration, police and immigration law enforcement killings and abuse, and policies affecting education, health, and reproductive rights.

The negative effects of these policies include:

On these issue areas and many others, the U.S. government submitted its own report to the U.N. anti-racism committee in June 2021, claiming progress. In addition to refuting several of the U.S. government’s claims, the ACLU and Human Rights Watch, in their report, outline many of the areas in which the U.S. is failing to uphold its obligations under the anti-racism convention, while recognizing some improvements. The groups also provide detailed steps the executive branch should take to begin to rectify the egregious failures under the convention.

“Since it ratified the treaty 30 years ago, the U.S. has had plenty of time to come into compliance, but has miserably failed,” Dakwar said. “It’s long overdue for the U.S. government to finally live up to its human rights promises, confront root causes of systemic racism, and adopt a plan of action to implement its international racial justice obligations. We expect the U.N. committee to hold the U.S. to account. The ACLU and Human Rights Watch have provided the administration a roadmap toward compliance; they must use it, starting today.”

The joint report was drafted by a team of 10 former legal fellows at Human Rights Watch and the ACLU as a means of honoring the legacy of Aryeh Neier, former executive director of both organizations, on the occasion of the 20th anniversary of the creation of the joint Aryeh Neier Fellowship. Both organizations have engaged in decades of work alongside countless grassroots- and movement-based organizations to hold the U.S. government accountable for racial injustice.

“Achieving racial justice in the United States requires unflinching dedication and substantive actions to end the compounding structural harms that stems from the enslavement of Black people and the legacies of settler colonialism,” Heath said. “This U.N. review should be a landmark moment of reckoning that furthers the cause of human rights for everyone in the United States.” 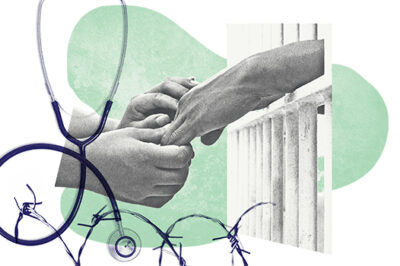