Program in 18 Hillsborough County schools is based on junk science about differences between boys’ and girls’ brains; Gov. Scott just signed bill which could expand potentially discriminatory programs throughout the state

TAMPA, FL – The American Civil Liberties Union (ACLU) has filed a complaint with the U.S. Department of Education’s Office of Civil Rights calling for a federal investigation into Hillsborough County Public Schools in Florida, stating that the district’s single-sex classrooms program violates Title IX. The complaint, with evidence primarily from information discovered by ACLU requests under Florida’s public records law, states that the district’s program is based on stereotypes and discredited notions about how boys and girls learn and develop, and that the District has misled parents about how sex-segregated classrooms were working in the district.

Hillsborough County Public Schools is the second largest school district in Florida and one of the ten largest school districts in the United States. Since 2009, the District has provided sex-segregated classes in at least sixteen schools – including one high school and fifteen elementary schools – as well as operating two exclusively single-sex middle schools. The complaint states that the justification for such a program was based on sex stereotypes and discredited notions about “biological differences in boys and girls that affect learning.”

“The Hillsborough School District has spent hundreds of thousands of dollars in taxpayer funds to implement a hidden curriculum promoting the theory that boys and girls are so fundamentally different that they need to be taught using radically different teaching methods,” said Galen Sherwin, Senior Staff Attorney of the ACLU Women’s Rights Project. “The truth is that every student learns differently, and our public schools should not be in the business of making crude judgments about children’s educational needs based solely on whether they are a boy or a girl.”

In an accompanying letter to the Florida Department of Education, the ACLU argues that the need for both federal intervention and a full state investigation on single-sex education is all the more urgent in light of the signing by Governor Rick Scott of a bill, HB 313, which requires training for teachers of ”gender specific” classrooms in all Florida school districts. The governor signed the bill on May 12, and it goes into effect on July 1st.

The ACLU’s complaint states that the Hillsborough School District spent almost $100,000 on outside consultants to promote the idea that boys’ and girls’ brains are inherently different, and that teachers of children as young as kindergarteners were trained in teaching methods based on sex stereotypes in sessions with names like “Busy Boys, Little Ladies.” The ACLU argues that both the federal and state education departments should issue guidelines to ensure that the training mandated under HB 313 does not rest on sex stereotypes.

The information in the complaint was gleaned from public records requests filed as part of the ACLU’s “Teach Kids, Not Stereotypes” initiative to end the practices of separating boys and girls in public schools based on discredited science about boys’ and girls’ purportedly different brains and learning styles. ACLU’s investigation has shown that many such programs, including numerous programs in the state of Florida, are based on the ideas of Dr. Leonard Sax and other proponents of single-sex education, whose discredited theories on the supposed differences between boys’ and girls’ brains are rooted in archaic stereotypes. For example, Sax says that girls do badly under stress, so they should not be given time limits on a test; and that boys who like to read, do not enjoy contact sports and do not have a lot of close male friends should be firmly disciplined, required to spend time with “normal males” and made to play sports.

The Complaint provides evidence that in Hillsborough County, impermissible gender stereotypes were incorporated into almost every aspect of the educational environment. For example, the District encouraged teachers in boys’ classrooms to “be louder” and “have high expectations,” while teachers in girls’ classrooms were expected to be “calmer” and “less critical.” In one instance, boys had an electronics day, where they could bring in all their electronics and play them if they behaved, while girls did not. In another, the teacher in a girls’ classroom gave each girl a dab of perfume on her wrist for doing a task correctly.

“Basing academic school programs solely on students’ gender and gender stereotypes is not good for Florida’s students, or for Florida’s future,” stated ACLU of Florida Associate Legal Director Maria Kayanan. “In Hillsborough County, we’ve seen that thousands of students – girls and boys both – are having their learning experiences limited by academic programs shaped by junk science. Students in Florida classrooms deserve better, and both state and federal law promise them that.”

In order to safeguard against sex discrimination, federal law prohibits coeducational schools from implementing single-sex programs unless they meet extremely stringent legal requirements. At a minimum, schools must offer a persuasive justification for the decision to institute single-sex programming, the programs must be completely voluntary, and a substantially equal co-educational alternative must be available.

The complaint, authored by the ACLU of Florida and the ACLU’s Women Rights Project, requests that the Department of Education Office for Civil Rights investigate all schools in Hillsborough County Public Schools that have instituted sex-segregated classrooms, order Hillsborough County Public School District to remedy any unlawful conduct, and monitor and secure assurances of compliance with Title IX from all schools within the District.

The ACLU further reiterated its request that the Florida Department of Education fulfil its mandate to ensure compliance with state law and conduct its own investigation.

A copy of the complaint is available here:
aclufl.org/resources/title-ix-complaint-hillsborough-single-sex-classes/

A cover letter sent with the complaint which summarizes the ACLU’s findings is available here:
aclufl.org/resources/hillsborough-schools-usdoe-cover-letter/

The letter to the Florida Department of Education is available here:
aclufl.org/resources/letter-to-fl-doe-hillsborough-same-sex-classes/ 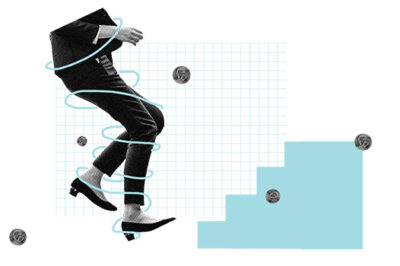