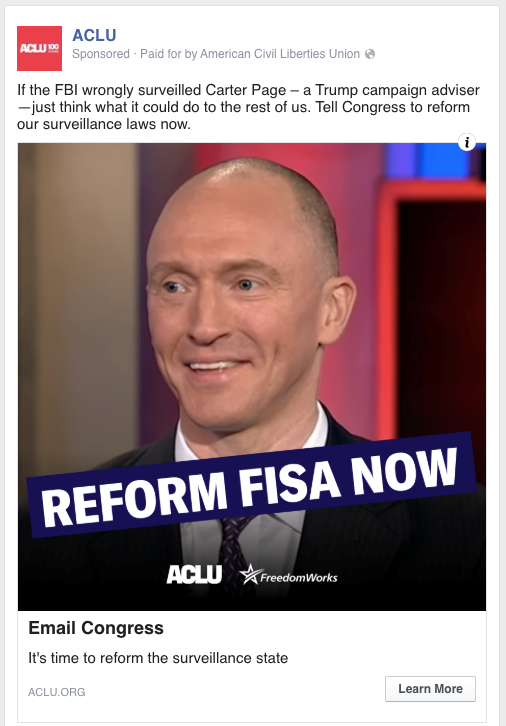 WASHINGTON — Pressure is mounting on members of Congress to rein in the surveillance state as key government spying powers are set to expire March 15, 2020. The American Civil Liberties Union and FreedomWorks have launched a multi-state digital ad campaign calling on Congress to enact meaningful surveillance reforms that prevent discriminatory surveillance practices and shield First Amendment-protected activities.

“The government has for too long abused its surveillance powers to wrongly spy on Americans,” said ACLU Senior Legislative Counsel Neema Singh Guliani. “All eyes are now on Congress, which must seize the coming opportunity to overhaul our nation’s broken surveillance regime.”

“The proposal does not go far enough,” said the ACLU’s Guliani on the newly-introduced legislation. “Congress must require additional notice and disclosure for individuals targeted or prosecuted using information obtained from FISA surveillance, limit the types of records that can be obtained by the government under the Patriot Act, and reform the FISA court process to enhance accountability, oversight, and transparency.”

The digital ads launched by the ACLU and FreedomWorks call on various members of Congress, including Sen. Susan Collins and Rep. Jerry Nadler, to oppose reauthorization of the USA Patriot Act without meaningful reforms. The ads will run in Georgia, California, North Carolina, New York, and Washington through March 6th.

"Congress would be derelict in its duty if it were to reauthorize these surveillance authorities without substantial reforms to protect Americans' rights to due process," said Josh Withrow, Senior Policy Advisor at FreedomWorks.

The ad buy is part of a larger advocacy effort that will engage the ACLU’s millions of members and supporters in actions that include phone banks and emails to members of Congress. 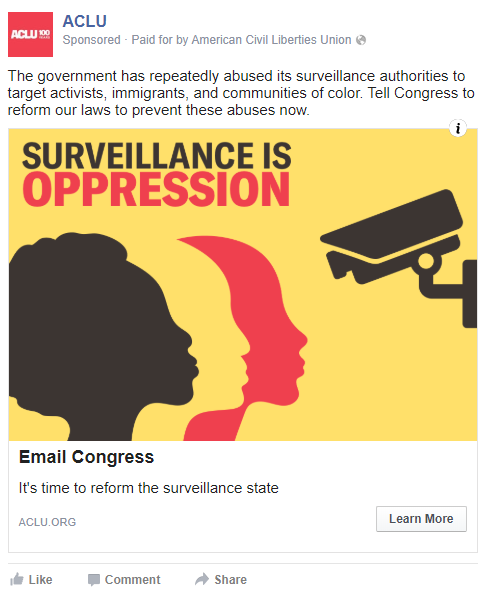 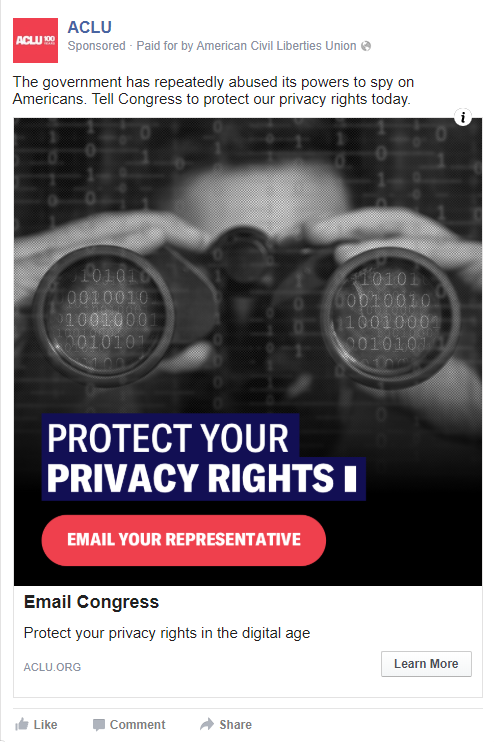