“Brett Kavanaugh faces credible allegations of sexual assault against him,” said Faiz Shakir, ACLU national political director. “That has put Kavanaugh’s integrity in question, and that matters when a lifetime appointment to the Supreme Court is at stake. Every senator bears responsibility for ensuring the American people can continue to maintain trust in the nation’s highest court.”

The ads will begin airing tonight through the end of the week across broadcast and cable channels in Nebraska, Colorado, West Virginia, and Alaska. The ads will be broadcast in the Denver area during the Broncos football game tonight.

The ad buy is part of a larger advocacy effort that will engage the ACLU’s over 1.8 million members in actions that include phone banks, online petitions, congressional office visits, and a national day of action in partnership with other organizations. As part of the forthcoming national day of action, the ACLU will bring activists to D.C. to meet with their senators. It will also mobilize its nationwide network of offices to help organize rallies across the country.

“Together, the power of the people saved health care protections for women, won the net neutrality vote in the Senate, initiated the Mueller probe, and held Trump accountable for his family separation crisis,” said Shakir. “These same people are now joining forces to demand their senators stop the nomination of Brett Kavanaugh. If senators fail them here, America will remember in November.”

As a matter of organizational policy, the ACLU does not support or oppose candidates for political or judicial office. However, the ACLU’s national board held an extraordinary meeting and has chosen to make an exception to that policy. The board’s decision marks the fourth time in the organization’s 98-year history that it has chosen to oppose a nominee to the Supreme Court. Most recently, the organization did not endorse or oppose the nomination of Justice Neil Gorsuch.

A script of the Colorado ad is included below:

We’ve seen this before. Denials from powerful men.

“I did not have sexual relations with that woman.” [Bill Clinton]
“I've never seen anything like this” [Bill Cosby]
“I categorically deny and unequivocally deny the allegation against me by Dr. Ford” [Brett Kavanaugh]

and as we choose a lifetime seat on our highest court —

And we cannot have any doubt.

Videos of the ads can be found here: 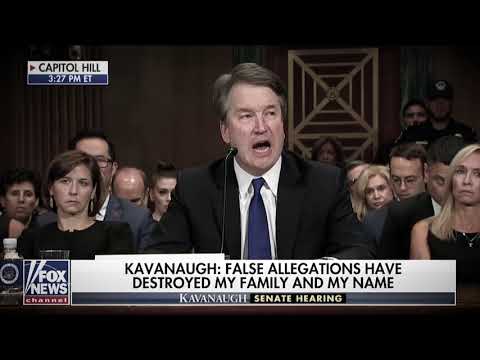 Additional information about the ACLU’s decision to oppose the nomination of Brett Kavanaugh can be found here: https://www.aclu.org/news/rare-move-aclu-oppose-kavanaugh-supreme-court-0

Hundreds of Activists from AK, NE, CO, WV and ME Arrive in D.C. to Voice...