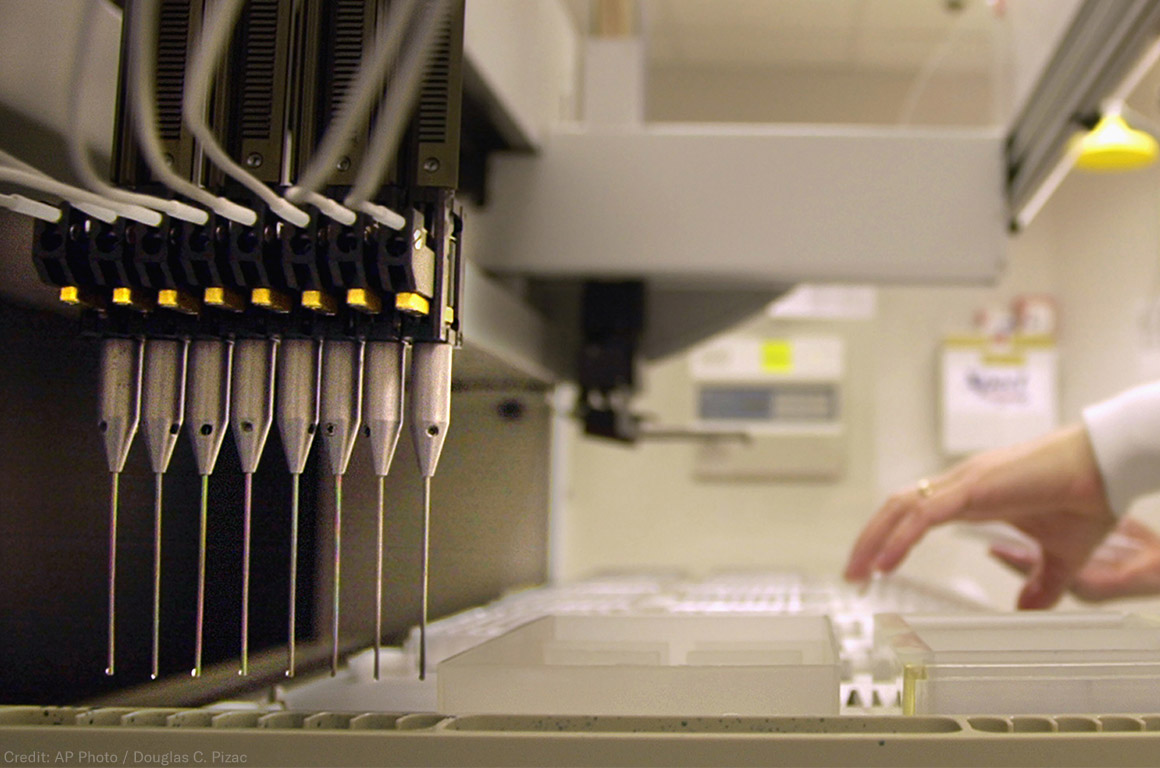 The Patent Eligibility Restoration Act of 2022 threatens to allow corporations and private entities to patent laws of nature and products of nature, including naturally-occurring genes, giving them exclusive domain over research, development, and analysis. Such monopolies would result in higher health care costs, deny patients access to their health information, and create new hurdles for developing technologies to fight pandemics, climate change, and much more.

“This legislation is a gift to patent lawyers and predatory companies while risking the creation of a disturbing market for exclusive rights over material found in nature and abstract ideas,” said Sandra Park, senior staff attorney at the ACLU’s Women’s Rights Project. “Such a law would debilitate efforts to treat health conditions and thwart future pandemics while stymying technological development, harming patients, doctors, and consumers. The ACLU is proud to defend the ability of researchers, scientists, and patients to use what should be in the public commons to create true inventions, and we will oppose this bill accordingly.”

In 2009, the ACLU sued Myriad Genetics on behalf of 20 plaintiffs, including patients, geneticists, and scientific associations, arguing that genes should never be granted to anyone as intellectual property. For decades, the U.S. Patent and Trademark Office granted patents on DNA once it was discovered and “isolated,” authorizing patents that covered at least 20 percent of the human genome. Because isolating DNA is a preliminary step in any type of genetic analysis, Myriad was able to stop all other laboratories from offering clinical testing of BRCA1 and BRCA2, two genes connected with hereditary breast and ovarian cancer risk, even when they wanted to offer different, cheaper, or more comprehensive testing methods. On June 13, 2013, the Supreme Court stopped the practice and unanimously held that human genes, including those that are “isolated,” cannot be patented because they are “products of nature.”

Senator Tillis’ bill directly overturns the unanimous Supreme Court decision, by permitting companies to once again patent genes and other natural materials once they are merely “isolated.” The bill would also permit companies to patent the connection between genes and different diseases, blocking efforts in the scientific community to better understand and respond to health conditions. Legislation reversing the Supreme Court precedent was opposed by over 150 groups when Senator Tillis and others offered draft legislation in 2019.

Click here to learn more about the ACLU’s work against gene patents.