A legal claim for damages has been sent today to the City of Pawtucket over a School Resource Officer’s (SRO) gratuitous and unlawful handcuffing and arrest of a 13-year-old African-American middle school honors student. The damages claim was submitted by ACLU of Rhode Island cooperating attorney Shannah Kurland as a required legal prerequisite to the filing of a lawsuit on behalf of the student, Tre’sur Johnson.

Last June, Tre’sur and another student got into a scuffle in the Goff Middle School schoolyard before the school day started. It was quickly broken up by other students, and neither student was hurt. However, the SRO, who was not present for the incident but watched a video of it, decided to arrest Tre’sur for “disorderly conduct” over the objections of her mother, Tiqua Johnson, who had come to the school immediately after receiving a call about the incident. According to Tre’sur, the SRO, Darren Rose, had earlier in the year told students at the school that he was “itching” to arrest someone.

Tre’sur, who was an honor roll student and had no prior disciplinary infractions, was handcuffed, taken to the police station, and kept in a cell for close to an hour before being released to her mother. The charge was disposed of when Tre’sur appeared before the City’s juvenile hearing board. The fracas leading to Tre’sur’s arrest prompted only a two-day school suspension for both girls.

State law bars the arrest of individuals for misdemeanors without a warrant except under specific circumstances that were not present in this case.

Four years ago, a video showing a Pawtucket school resource officer’s body-slam of a Tolman High School student led to that SRO’s removal from the school. It also prompted the ACLU of Rhode Island to write a letter to Pawtucket school officials, raising concerns about how SROs often escalate minor disciplinary incidents into major ones and turn routine school infractions into criminal matters, unnecessarily introducing children to the criminal justice system at an early age and scarring them in the process. The letter urged the school district to rein in the powers of SROs in order to avoid similar incidents, but ACLU of RI executive director Steven Brown said today that Tre’sur’s arrest demonstrated that little has changed. SROs like Rose remain police officers who, though assigned to schools, are accountable to the police department, not school officials.

The legal claim on Tre’sur’s behalf was filed on Martin Luther King, Jr. Day. As is true for most school districts in the state, R.I. Department of Education data show significant racial disparities in the issuance of suspensions to students in Pawtucket’s schools. Although Black students comprise about 8.5% of the student population in Pawtucket, over 15% of all out-of-school suspensions in the City’s schools this past year were of African Americans.

In noting how distraught the arrest left her, Tre’sur said: “Schools should be helping kids, not handcuffing them.” Her mother Tiqua added: “It’s our job as parents to protect our children, but we never expect to be protecting them from the people who are supposed to be protecting us.”

ACLU of RI cooperating attorney Kurland said today: “Schools dramatically weaken their credibility when they tell students to obey rules yet allow police to break the law with those same students. What happened to Tre’sur reflects a national problem of criminalizing Black girls in our schools.”

The ACLU’s Brown added: “Police misconduct like this does nothing to make schools safer. It only highlights how schools, by entering into open-ended police partnerships, are acquiescing in the role of harming students and promoting the school-to-prison pipeline.”

After 40 days have elapsed from the submission to the Pawtucket City Council of the claim for damages – a time period established by state law – the planned lawsuit on behalf of Tre’sur will be filed. In addition to requesting monetary damages, the lawsuit will seek to prevent similar future incidents like this from occurring by requesting a court order formally confirming the unlawful nature of the officer’s conduct. ACLU attorney Kurland’s time handling the case is courtesy of the Providence Youth Student Movement (PrYSM), where she is Legal Director.

More information about this case, Johnson v. Pawtucket, including a copy of the claim notice, and the ACLU's 2015 letter regarding the Pawtucket SRO incident, can be found here. 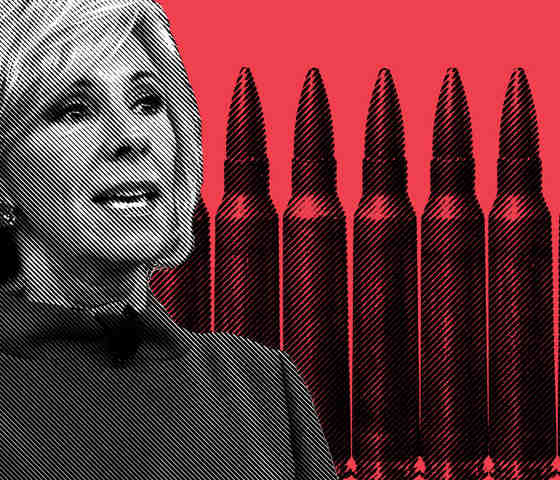