Airline Security Must Protect Rights As Well As Safety 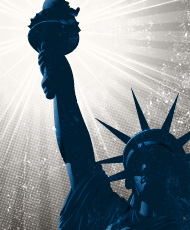 NEW YORK – The Obama administration announced Sunday it will subject the citizens of 14 nations who are flying to the United States to intensified screening at airports, including being subjected to full-body pat downs or body scanners. According to the American Civil Liberties Union, the government should adhere to longstanding standards of individualized suspicion and enact security measures that are the least threatening to civil liberties and are proven to be effective. Racial profiling and untargeted body scanning do not meet those criteria.

“We should be focusing on evidence-based, targeted and narrowly tailored investigations based on individualized suspicion, which would be both more consistent with our values and more effective than diverting resources to a system of mass suspicion,” said Michael German, national security policy counsel with the ACLU Washington Legislative Office and a former FBI agent. “Overbroad policies such as racial profiling and invasive body scanning for all travelers not only violate our rights and values, they also waste valuable resources and divert attention from real threats.”

According to the ACLU, the government’s plan to subject citizens of certain countries to enhanced screenings is bad policy, because there is no way to predict the national origin of a terrorist and many terrorists have come from countries not on the list. For instance, the “shoe bomber” Richard Reid is a British citizen, as were four of the London subway bombers, and in 2005 a Belgian woman launched a suicide attack in Iraq.

“Singling out travelers from a few specified countries for enhanced screening is essentially a pretext for racial profiling, which is ineffective, unconstitutional and violates American values. Empirical studies of terrorists show there is no terrorist profile, and using a profile that doesn’t reflect this reality will only divert resources by having government agents target innocent people,” said German. “Profiling can also be counterproductive by undermining community support for government counterterrorism efforts and creating an injustice that terrorists can exploit to justify further acts of terrorism.”

In addition to racial profiling, some have called for the across-the-board implementation of full body scanners, which present serious threats to personal privacy and are of unclear effectiveness. According to a UK Independent report on Sunday, British officials have already tested the scanners and were not persuaded that they would be effective for stopping terrorist threats to planes. And according to security experts, the explosive device used in the attempted attack on a Detroit-bound plane on Christmas Day would not have been detected by the body scanners.

“We shouldn’t complacently surrender our rights for a false sense of security, and we should be very leery of being sold a device presented as a cure-all, especially when the evidence shows just the opposite,” added German. “If scanners and other intrusive procedures are used, it should be with their limitations in mind and only when there is reason to believe that an individual poses an increased risk to flight safety, not as blanket measures applied to millions of innocent travelers.”