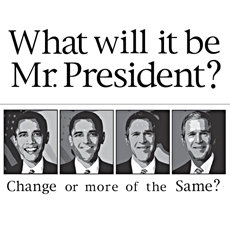 WASHINGTON – In testimony before a House Appropriations Subcommittee today, Attorney General Eric Holder defended the merits of his November decision to try the 9/11 defendants in federal criminal court, but nevertheless stated that the administration may still consider using the untested military commissions, instead. Holder said a final decision regarding the 9/11 suspects was “weeks away.”

Since 9/11, the military commissions have resulted in three terrorism-related convictions. Federal courts, on the other hand, have produced over 300.

The American Civil Liberties Union strongly believes that the appropriate place to try terrorism suspects is in federal criminal court, and that the military commissions are unable to deliver effective and certain justice and should be shut down for good.

The following can be attributed to Laura W. Murphy, Director of the ACLU Washington Legislative Office:

“Attorney General Holder made the correct decision when he determined that our federal criminal courts are the best and most effective choice for prosecuting the cases of the 9/11 defendants, and it is encouraging that he stood behind his decision today. The minority in Congress who are pushing for the administration to use the illegitimate military commissions should be reminded that the military commissions are untested, ineffective and contrary to American values and the rule of law. Prosecuting these cases in federal court allows us to pursue real justice in a competent and proven system that can deliver reliable and trustworthy results.”

More information on trying the 9/11 suspects in federal criminal courts can be found at: www.aclu.org/national-security/terrorism-cases-should-be-tried-federal-court