NEW YORK – Today, the New York Civil Liberties Union released Private Privilege, Public Pain, a report detailing systemic racism in the East Ramapo Central District (ERCSD) and the degradation of its public education. The report defines state obligations to the district’s students of color as well the state’s authority to intervene, and it identifies urgent actions officials must take.

The report documents “21st century Jim Crow education,” in ERCSD, where the district privileges white students attending private religious schools over students of color, who make up virtually the entirety of the public school population. Once a thriving district, more than a decade of white-majority control of the school board has resulted in cuts to hundreds of positions and slashed programs. The board has allowed facilities to deteriorate, run successive spartan contingency budgets, paid out millions in public funds to private law firms charging exorbitant fees, and violated the voting rights of residents of color.

“Our kids’ opportunities were on the chopping block,” said Jean Fields, former East Ramapo High School principal, sharing her story alongside those of others in the new report. “Parents started to move out to save their kids’ education. I had to fire my staff myself, one time 40 in a day. East Ramapo schools looked like places that people didn’t want to exist. The board was not invested in the students. That didn’t just show in how students felt, it showed physically in the building.”

The state has attempted limited interventions in East Ramapo over the years. These include designating the district as under-performing, placing it on a corrective action plan pursuant to the Individuals with Disabilities Education Act, successive audits by the state comptroller raising alarms, the installation of state monitors, and the June 2021 expansion of the authority of the state monitors to directly intervene to protect students of color.

Yet, the NYCLU argues that the state must do more to truly end the crisis, including:

“State leaders are only just beginning to wake up to the shameful, decade-long saga of 21st Century Jim Crow Education in East Ramapo,” said Donna Lieberman, executive director of the NYCLU. “As our report shows, the white-majority has hijacked the school board in East Ramapo and it will take bold, broad, urgent action to ensure that public school children can get the education they need and deserve. Amid our national reckoning with systemic racism, state leaders can no longer sit by while a white majority two hours south of Albany wields its political power to undermine East Ramapo public school students, nearly all of whom are students of color.”

“The state has deferred to local control in East Ramapo too often and for too long,” said Johanna Miller, director of the NYCLU Education Policy Center. “The value of local control over education cannot extend to a board like East Ramapo’s as it runs its school district into the ground. The governor, board of regents, education commissioner, and elected leaders must use all of their powers – now – to take on 21st Century Jim Crow and protect students of color.”

For years, the NYCLU has fought systemic racism in East Ramapo. The NYCLU, alongside Latham & Watkins LLP, represented parents and the NAACP of Spring Valley in a 2017 federal lawsuit that proved the district had violated the voting rights of residents of color. In 2020, the court instituted a ward system for future elections to ensure accurate representation on the board. In January 2021, the U.S. Court of Appeals for the Second Circuit upheld the federal district court’s ruling and ordered a special election.

“Private Privilege, Public Pain chronicles the educational deprivation that has stifled opportunities for far too many of East Ramapo’s public school students. The New York Civil Liberties Union’s commitment to quality education for East Ramapo’s children and families brings hope and dignity to many who were made to feel unvalued. In partnership with the NYCLU and community partners, we will not stop fighting for educational equity in East Ramapo’s public schools,” said Willie Trotman, president of the Spring Valley NAACP.

The NYCLU is currently supporting local advocates organizing for educational equity in the district, including the distribution of a youth-led petition to the state monitors, demanding access to textbooks and literature, funding for the arts, additional advisors and counselors, and inclusive curricula, and improved facilities. 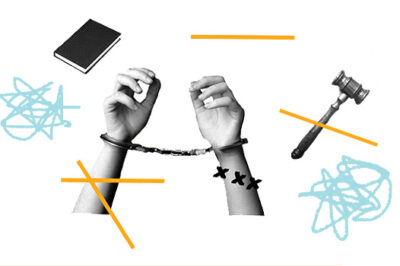