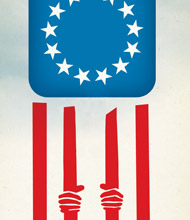 NEW YORK – President Obama today issued an executive order that permits ongoing indefinite detention of Guantánamo detainees while establishing a periodic administrative review process for them. The administration also announced it will lift the ban on bringing new military commissions charges against detainees that don’t already have ongoing cases in the substandard system.

The American Civil Liberties Union has long called for Guantánamo to be shut down and opposes the indefinite detention of prisoners there, some of whom have been imprisoned by the U.S. without charge or trial for nine years. The ACLU has also long called for an end to the illegitimate military commissions and for the government to prosecute terrorism suspects in the federal criminal courts.

“The best way to get America out of the Guantánamo morass is to use the most effective and reliable tool we have: our criminal justice system. Instead, the Obama administration has done just the opposite and chosen to institutionalize unlawful indefinite detention – creating a troubling ‘new normal’ – and to revive the illegitimate Guantánamo military commissions.

“While appearing to be a step in the right direction, providing more process to Guantánamo detainees is just window dressing for the reality that today’s executive order institutionalizes indefinite detention, which is unlawful, unwise and un-American. The detention of Guantánamo detainees for nine years without charge or trial is a stain on America’s reputation that should be ended immediately, not given a stamp of approval. Moreover, the procedures for providing more process are flawed as they vest too much discretion and power in the Secretary of Defense, essentially asking the fox to guard the hen house.

“Even with recent improvements, the military commissions rules are inadequate under established criminal law and international law. Where credible evidence exists against Guantánamo detainees, they should be charged and prosecuted in our federal courts, which have a proven record of prosecuting terrorism suspects and are the only way to provide the fair and reliable outcomes that Americans deserve.

“The only way to restore the rule of law is to put an end to indefinite detention at Guantánamo and the broken commissions system, and to prosecute terrorism suspects in federal criminal courts. Today’s announcement takes us back a step when we should be moving forward toward closing Guantánamo and ending its shameful policies.”