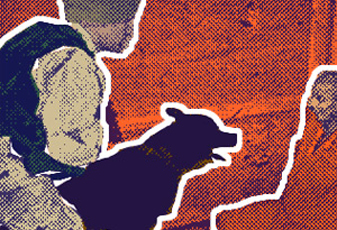 WASHINGTON – President Obama yesterday signed into law a Homeland Security appropriations bill that grants the Department of Defense (DOD) the authority to continue suppressing photos of prisoner abuse. The amendment, which would allow the DOD to exempt photos from the Freedom Of Information Act (FOIA), is aimed at photos ordered released by a federal appeals court as part of an American Civil Liberties Union FOIA lawsuit for photos and other records related to detainee abuse in U.S. custody overseas, although it would apply to other photos in government custody as well. Earlier this month, the ACLU sent a letter to Secretary Robert Gates urging him not to exercise the authority to suppress the photos in their case, stating that the photos “are of critical relevance to an ongoing national debate about accountability.”

“We are disappointed that the president has signed a law giving the Defense Department the authority to hide evidence of its own misconduct, and we hope the defense secretary will not take advantage of that authority by suppressing photos related to the abuse of prisoners,” said Jameel Jaffer, Director of the ACLU National Security Project. “Secretary Gates should be guided by the importance of transparency to the democratic process, the extraordinary importance of these photos to the ongoing debate about the treatment of prisoners and the likelihood that the suppression of these photos would ultimately be far more damaging to national security than their disclosure. The last administration’s decision to endorse torture undermined the United States’ moral authority and compromised its security. A failure to fully confront the abuses of the last administration will only compound these harms.”

Another provision contained in the new law allows the transfer of detainees from Guantánamo Bay to the U.S. for prosecution.

“This law allows the administration to transfer prisoners to the U.S. for criminal trials in the federal courts, and the administration should now do exactly that,” said Jaffer. “The military commissions at Guantánamo are not just unlawful but unnecessary. The federal courts are fully capable of prosecuting terrorism suspects while protecting both national security interests and fundamental due process. It’s time to shut down Guantánamo, transfer the military commissions trials to federal courts that uphold the rule of law, and transfer prisoners whom the administration does not intend to charge to countries where they won’t be in danger of being tortured. Indefinite detention without charge or trial undermines the most basic values of justice and fairness.”

The full text of the ACLU’s letter to Secretary of Defense Gates is below and available online at: www.aclu.org/safefree/torture/41309res20091020.html

More information about the ACLU’s FOIA litigation is at: www.aclu.org/accountability