By policy, the ACLU does not endorse or oppose nominees or candidates for political or judicial office. Accordingly, we do not take a position on the nomination of Judge Brett M. Kavanaugh to the United States Supreme Court. We offer this analysis of his decisions and writings on issues of individual rights and liberties to help inform the confirmation process.

Judge Kavanaugh has served as a judge on the United States Court of Appeals for the District of Columbia Circuit since 2006, and he has written approximately 300 opinions. In what follows, we focus on the most significant opinions in areas of civil liberties and civil rights.

As a whole, Kavanaugh’s record reflects a consistently conservative jurist.  He voted to allow the federal government to continue blocking an immigrant minor’s access to abortion, where it had no justification for doing so. He favors executive power, and he has been reluctant to enforce any limits on the president or the executive branch in the context of national security and foreign affairs. He is particularly skeptical about international law constraints on government power, even in the context of human rights and the laws of war. He has interpreted the Fourth Amendment to permit sweeping collection of Americans’ phone records by the National Security Agency and to allow random drug testing of federal employees and extensive “stop-and-frisk” searches. And he found no First Amendment problem with an official requirement that federal grantees adopt a pledge against their will as a condition of receiving federal funding, but he deemed a rule requiring “net neutrality” to violate the First Amendment rights of internet service providers.

Judge Kavanaugh’s record on many civil rights issues is relatively sparse.  He has few significant or revealing opinions on women’s rights, racial justice, or disability rights, and none on the death penalty or LGBT rights. We have summarized the most significant of his opinions in these areas, but taken together, they offer little guidance as to how he is likely to rule as a Supreme Court justice.  Although he has acknowledged the harms of domestic violence and maintained that a single racial epithet can establish a hostile work environment under Title VII, he has more often ruled against than for civil rights complainants, and before he was a judge, he wrote an amicus brief that calls into question whether he would support affirmative action. 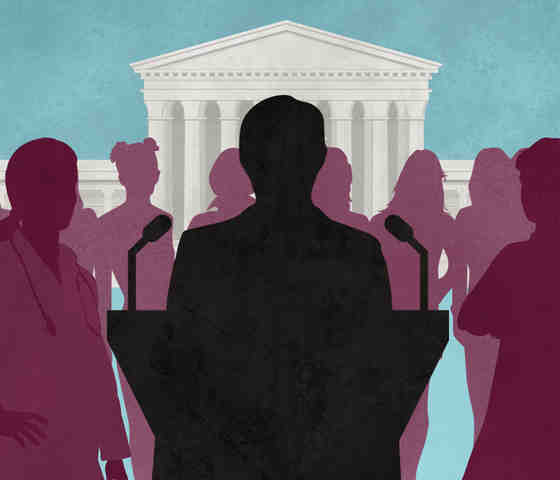