Amidst the Muslim Ban: A Love Story

Amidst the Muslim Ban: A Love Story 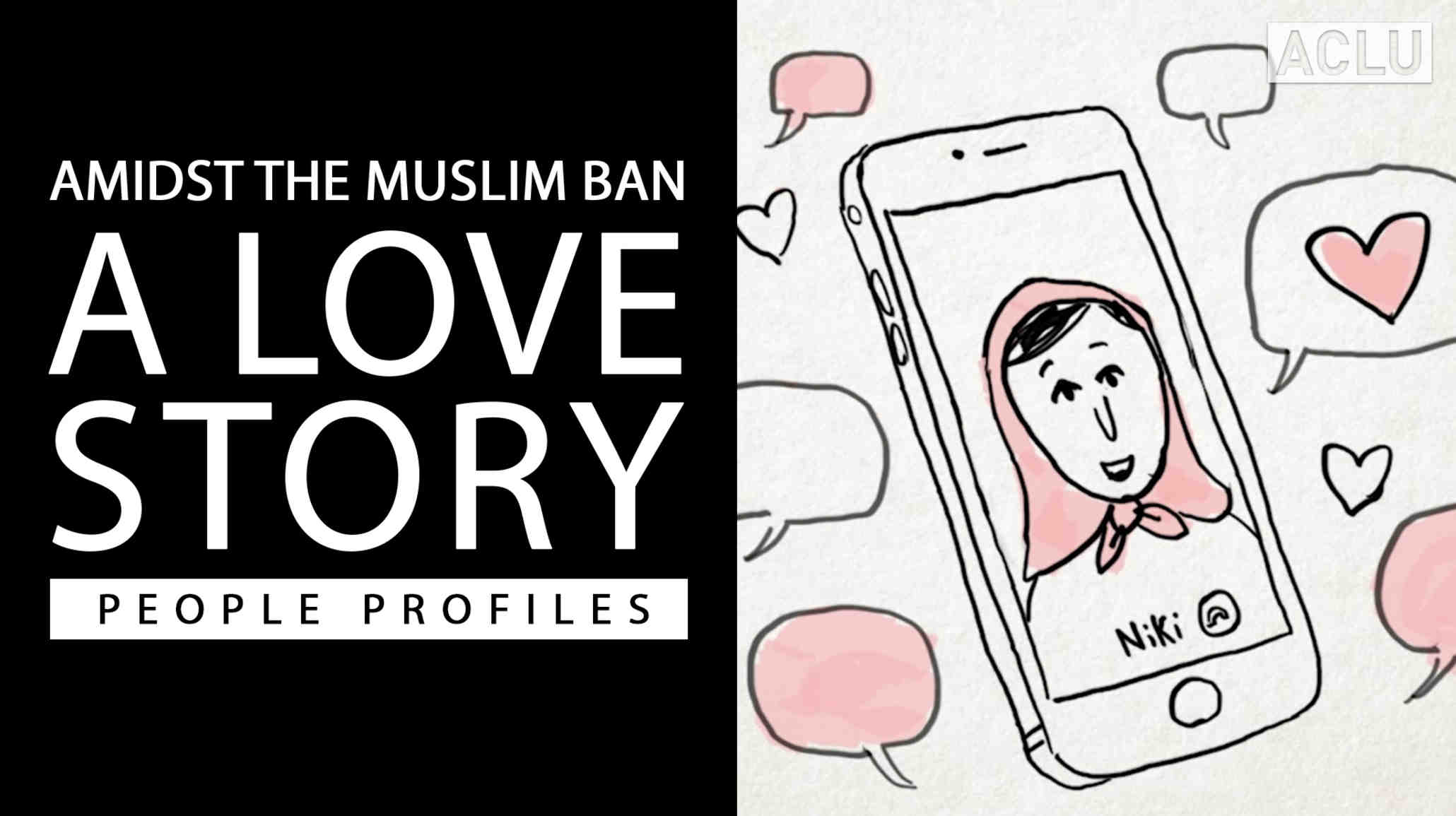 Amidst the Muslim ban, one couple struggles to stay together. This is their story. They are also clients in the ACLU and partner organizations' lawsuit against the Muslim ban.

To recap: The president rolled out the original Muslim Ban 1.0 on January 27. The impact was immediate and devastating, as families across the country were separated from their loved ones and thousands of people flooded the airports with messages of protest and welcome. The courts quickly stepped in and blocked the ban, starting with a case filed by the ACLU and our partner organizations — NILC, the International Refugee Assistance Project, and the Worker & Immigrant Rights Advocacy Clinic.

When the Ninth Circuit refused to let Muslim Ban 1.0 go back into effect, the administration retreated. Eventually, it issued the current version of the ban, which eliminated some egregious aspects of the original but left in place the same fundamental defects. It was, as we noted, still an unconstitutional attempt to make good on the president’s promises to establish a ban on Muslims. The courts agreed. Before Muslim Ban 2.0 could go into effect, trial courts in Maryland and Hawaii again blocked key provisions — upholding, as the Maryland court explained, the “fundamental constitutional principle” of religious neutrality “at the core of our Nation’s identity.”

Now the courts are deciding whether the Muslim ban remains blocked or is allowed to go into effect. The ACLU and our co-counsel are currently arguing against the ban in court proceedings.