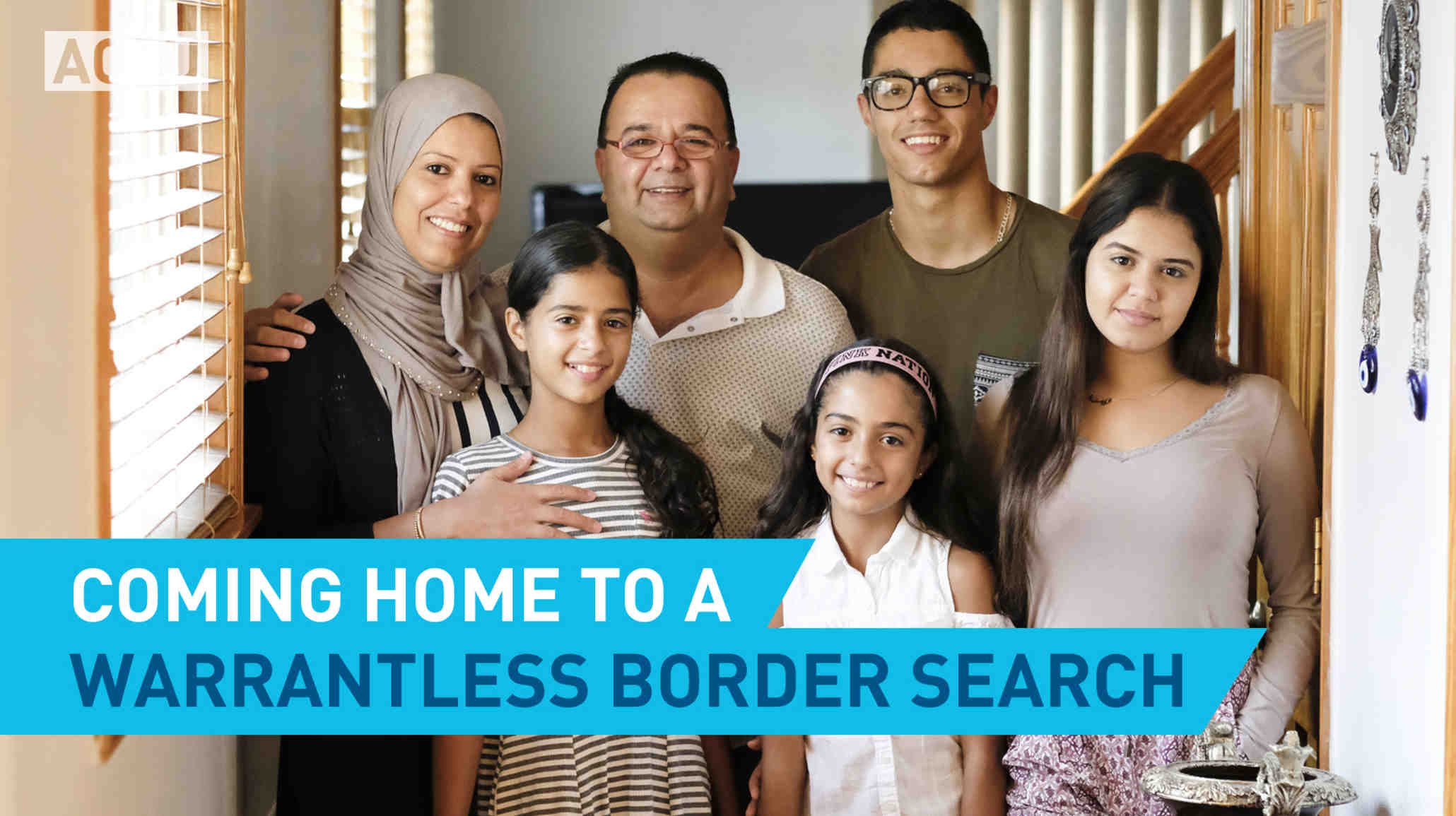 The Alasaad family was returning home from a vacation in Canada with a sick child. Ghassan and Nadia Alasaad are U.S. citizens. He is a limousine driver, and she is a nursing student. Border agents held them for hours and demanded to search their phones.

Exhausted and desperate to get their daughter care, they gave over their password and left without their phones. 15 days later their phones came back. Some of their family videos have disappeared with no explanation.

No one should have their personal data searched and seized for no reason. But right now the government claims its customs and border officers have the authority to do just that. Ghassan and Nadia Alasaad are two of the 11 people standing up to this government overreach on behalf of all of us. They are all part of a joint ACLU-EFF lawsuit asking the government to get a warrant before searching their smartphones, laptops, and other electronic devices. They are standing up for all of us to be able to travel with privacy and dignity. Now we need to stand with them.