The Constitution Is For Everyone

The Constitution Is For Everyone 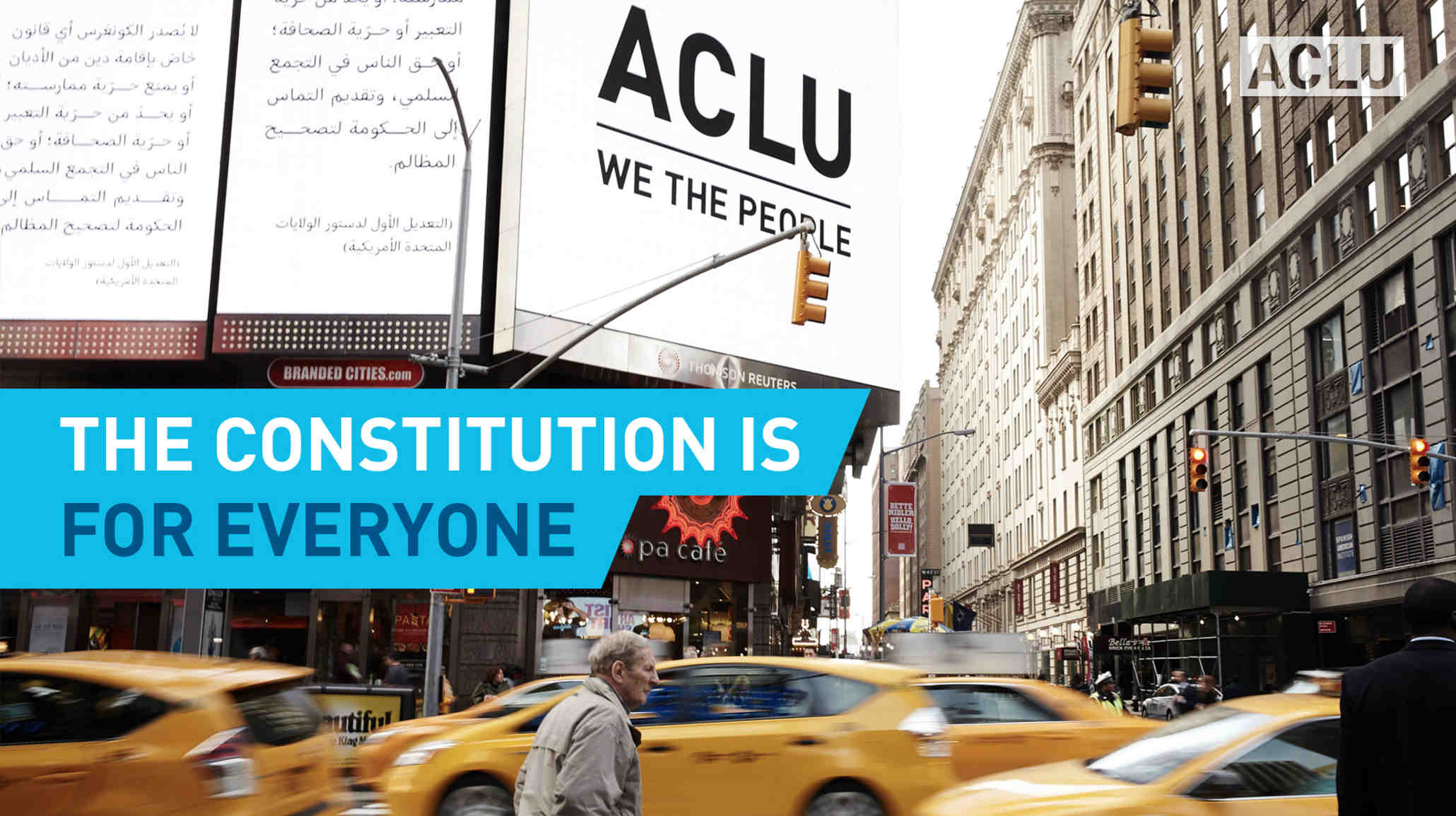 No matter who you are or what language you speak, the Constitution is for all of us.

The American Civil Liberties Union launched this First Amendment campaign to remind the public about their rights and to reassure immigrants that they too are protected by the Constitution.

The campaign kicked off with the unveiling of electronic billboards featuring the First Amendment in Arabic, English, and Spanish in New York’s Times Square and at bus stops in Washington, D.C. and on a wall in the arts district of downtown Los Angeles.

“This campaign is intended to remind people that the Constitution is for all of us. It doesn’t matter who you are or what language you speak. ‘We the People’ means everyone,” said Anthony D. Romero, executive director of the ACLU.

The idea for the campaign came about shortly after Donald Trump was elected president on a wave of anti-immigrant sentiment and a pledge to ban Muslims from entering the United States. It was conceived of by the agency Emergence Creative, who approached the ACLU with the idea in December 2016.

“From his attempted Muslim ban to his calls for media suppression to his remarks endorsing the use of violence against those who protest against him, President Trump has shown disdain for the rights and freedoms enshrined in the First Amendment, so we thought it was a good time to remind people of these rights,” Romero said.