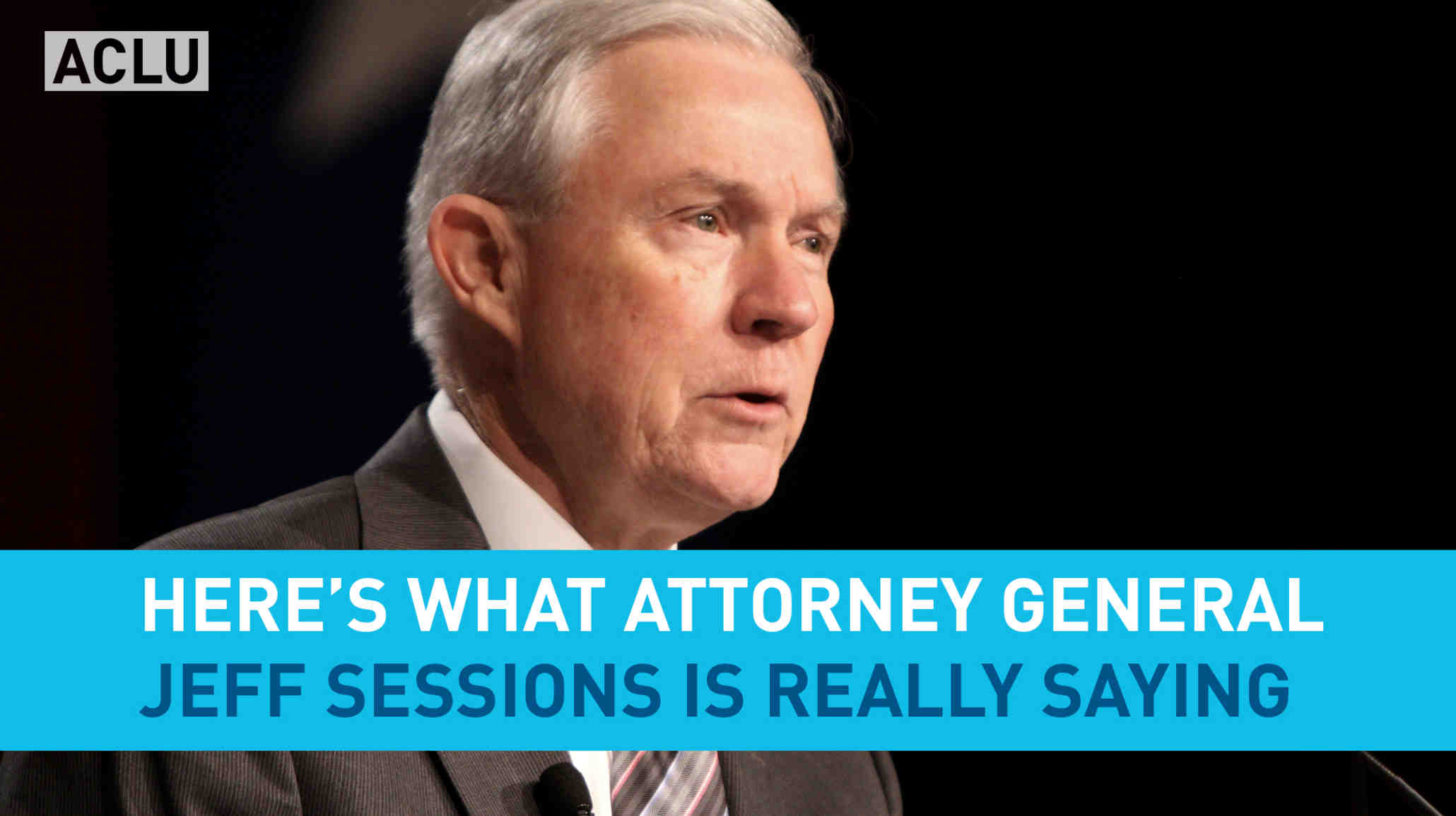 President Trump and his administration have wasted no time attempting to strip away some of our basic fundamental rights. And some of the most dangerous policies have been introduced and encouraged by Attorney General Jeff Sessions.

Jeff Sessions’s past behavior has demonstrated active hostility to many Americans. As a prosecutor in Alabama, he prosecuted civil rights activists for doing nothing more than assisting African-Americans to vote, because to him, that was a crime. He has characterized the NAACP as forcing civil rights down the throats of white people. This is a remarkable statement, one that appears to reflect a belief that white people decide when and just how many civil rights people of color should receive.

Now as the head of the Department of Justice, he has control over every federal prosecutor's office in the country. And if he has his way, we will be going backwards into the failed policies of the past that brought us the system of mass incarceration that we currently suffer from today. And even scarier is the blatant deception used to call his policies one thing when they mean something completely different.

He’s talking in code, so let’s do a little decoding.