How To Fight The War on Drugs

How To Fight The War on Drugs 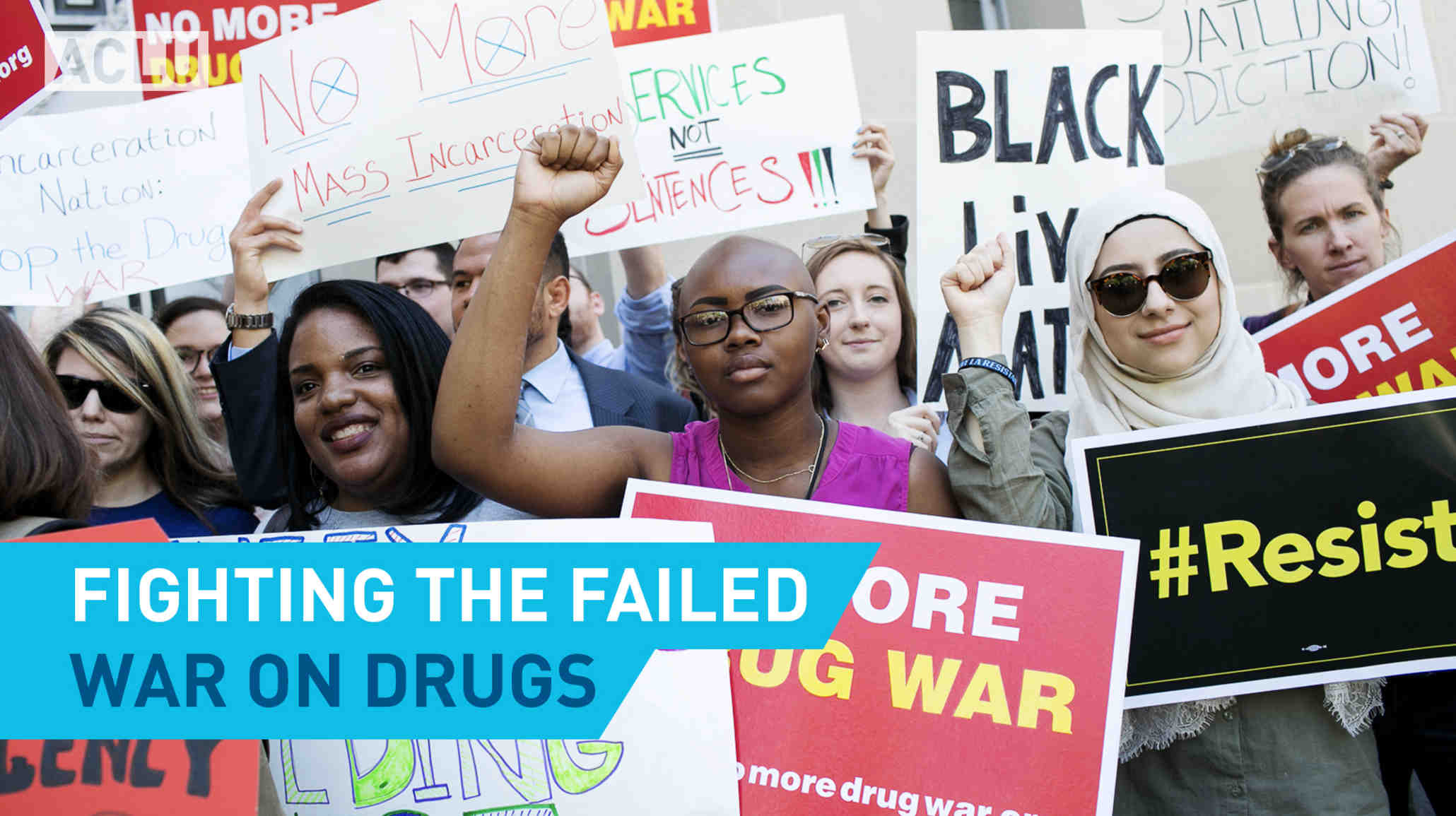 46 years ago, President Richard Nixon declared drug abuse to be "America's public enemy number one," and ignited decades of racist, harmful, and misguided policies– locking up millions of people in prison for decades for small drug offenses. The failed War on Drugs is our country’s most shameful attack on families and Black communities. The ACLU’s Campaign for Smart Justice is working across the country to combat racial disparities in the criminal justice system and reduce the U.S. jail and prison population. Simply put: the United States incarcerates too many people for too long and for the wrong reasons.