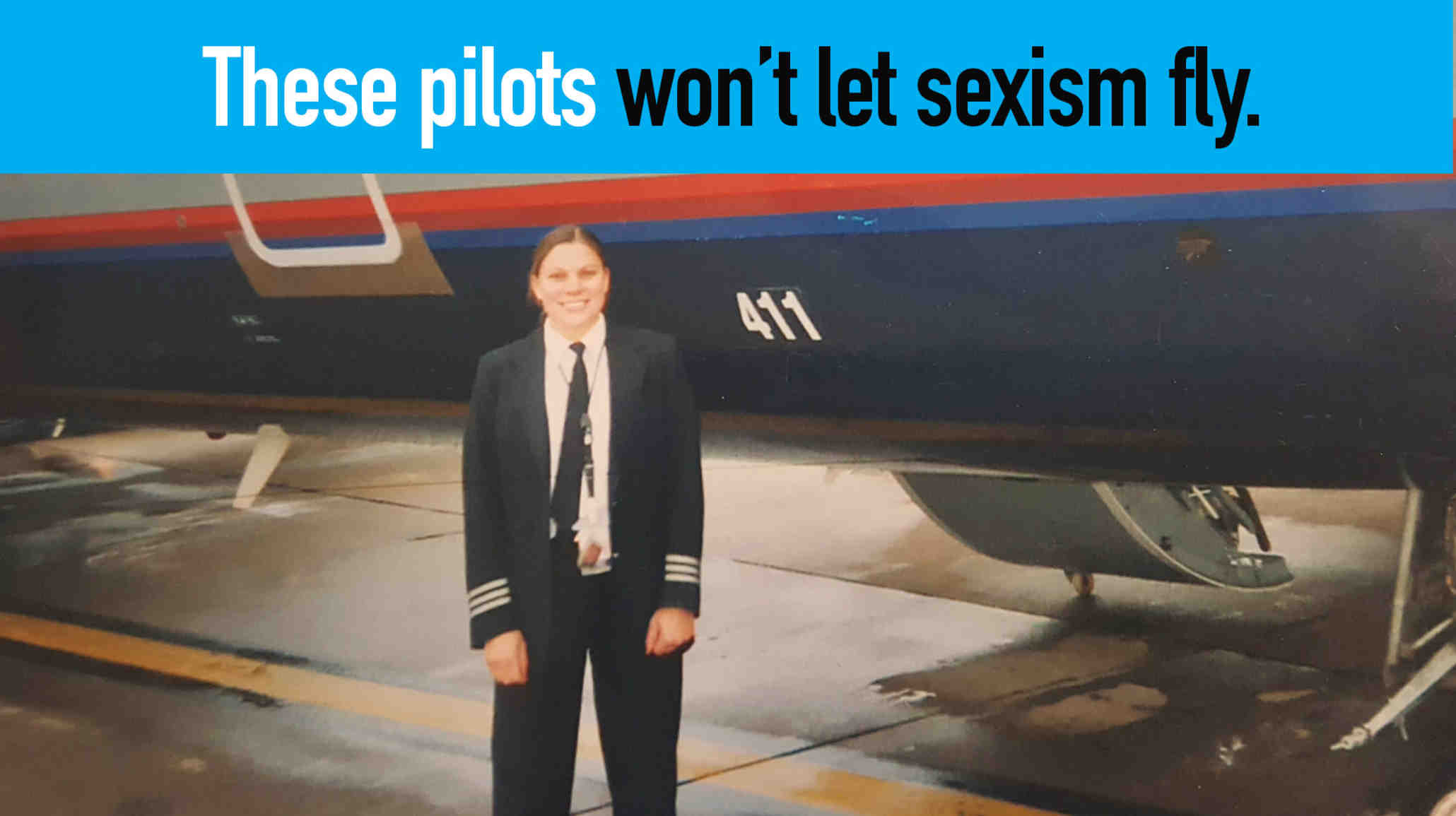 Add your name to the petition to change these policies:
https://www.aclu.org/cases/frontier-airlines-eeoc-complaint

The American Civil Liberties Union, the ACLU of Colorado, and the law firm Holwell Shuster & Goldberg LLP today filed discrimination charges with the Equal Employment Opportunity Commission on behalf of four female Frontier Airlines pilots who claim that the company’s policies discriminate against women by failing to provide accommodations related to pregnancy and breast-feeding.

The pilots, who have collectively worked for Frontier for 35 years, assert that despite their dedication to their jobs, the airline’s failure to accommodate their pumping needs made it extremely difficult for them to continue breast-feeding their babies once they returned to work.

“We love our jobs as pilots for Frontier Airlines and we shouldn’t have to choose between our jobs and breast-feeding our children,” said Kiedrowski. “But because of the lack of accommodations for pregnancy and breast-feeding, that is exactly the position each of us has been put in. We’re bringing this complaint because no woman should have to go through what we went through.”

Frontier forces pregnant pilots to take eight to 10 weeks of unpaid leave before their due date, allows a maximum of 120 days of maternity leave (all of it unpaid), and fails to make any accommodations to enable pilots who are breast-feeding to pump breast milk when they return to work. Women who are away from their babies need to express breast milk using a breast pump on roughly the same schedule as the baby’s feeding schedule, or serious medical complications can result. But pilots’ schedules often involve long flights and trips that sometimes last days at a time, so they need to have a designated place where they can pump both on the aircraft and at airports.

“Frontier’s policies are discriminatory at a structural level and need to be changed,” said Galen Sherwin, senior staff attorney with the ACLU Women’s Rights Project. “If Frontier wants to attract and retain the most qualified pilots, it’s going to have to recognize the needs of its pilots who have babies.”

The charges assert that Frontier’s policies violate state and federal laws against sex discrimination in employment because they treat pregnancy and breast-feeding less favorably than other medical conditions or disabilities and have a disproportionate effect on women. They also allege violations of the Colorado Workplace Accommodations for Nursing Mothers Act.