ACLU History: Applying the Bill of Rights to Criminal Justice 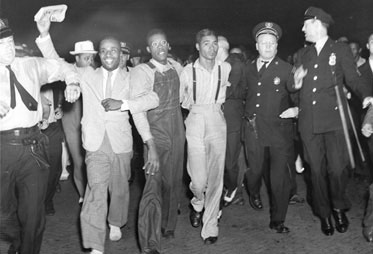 'In all criminal prosecutions, the accused shall enjoy the right to a speedy and public trail, by an impartial jury of the State and district wherein the criminal shall have been committed.'

One of the most fundamental tasks for a democratic society is to balance the needs of law enforcement versus the fundamental rights of its citizens. Many of the rights enumerated in the Constitution and the Bill of Rights were designed to ensure that people accused of crimes would have a fair opportunity to respond, and that the government had to bear the burden of proving guilt beyond a reasonable doubt. The founders of our democracy understood that they were conferring upon the newly formed government tremendous powers to deprive people of their happiness, their liberty, and even their lives. But as has often been said, our rights were not always self-executing – they required advocates to come forward and press for their enforcement.

From its very beginnings, the ACLU was at the forefront of the movement to establish constitutional standards in the criminal justice system and to safeguard against abuses of power by those in law enforcement.

The ACLU was born during a time of social unrest in which violent police crackdowns on political protesters, labor leaders, anti-war activists and other critics of those in power were a common occurrence. In addition, with the passage of Prohibition in 1919, crime grew dramatically in response to the demand for illegal alcohol, and many law enforcement agencies stepped up the use of unlawful and brutal tactics.

During this period, the ACLU played a pivotal role in creating a national debate on the problem of police misconduct. In 1929, when President Herbert Hoover appointed a special commission to examine the issue, ACLU attorney Walter Pollak assisted in the national investigation that resulted in the influential 1931 report, Lawlessness in Law Enforcement. To implement the report's recommendations, the ACLU drafted model laws that led to some of the first important reforms to the criminal justice system, including the right to have one's case immediately heard before a judge and the right to an attorney. The ACLU's battles against police brutality and advocacy for reforms continue into the present day.

ACLU History: The ACLU and the Bill of Rights

ACLU History: Wiretapping: A new kind of 'search and seizure'

ACLU History: Making the Case Against the Death Penalty