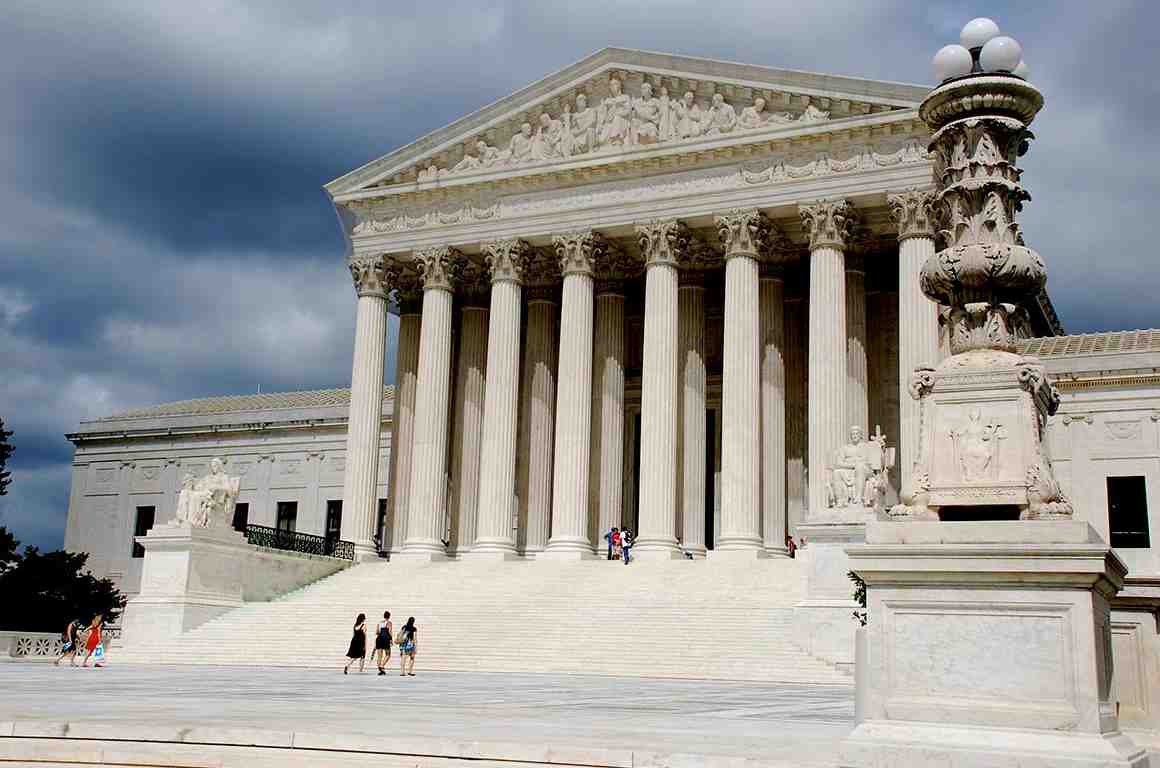 UPDATE: On Friday, October 4, the Texas Court of Criminal Appeals, where Randy Halprin had sought relief before turning to the U.S. Supreme Court, granted a stay of execution. We commend this decision.

According to pleadings filed yesterday with the U.S. Supreme Court, that’s how Judge Vickers Cunningham referred to Randy Halprin, a Jewish defendant whose trial he presided over. The pleadings ask the court to delay Halprin’s execution—currently scheduled for Thursday, October 10 in Texas—and to review a federal appellate court’s decision denying him the right to seek a new trial.

Halprin’s plea to the Supreme Court is based on substantial new evidence demonstrating that Cunningham, who is no longer a judge, is a virulent racist and anti-Semite who brought his views to bear on Halprin’s case. Based on the evidence gathered by Halprin and his attorneys, it appears that Cunningham hates anyone who is not white and Protestant. For example, an affidavit filed by Tammy McKinney, who grew up with Cunningham and, as an adult, attended the same church and clubs as him, stated that Cunningham regularly used slurs “such as ‘nigger,’ ‘wetback,’ ‘spic,’ ‘kike,’ [and] ‘the fuckin’ Jews.’”

Amanda Tackett, who worked for his campaign to become the Dallas district attorney, similarly attested that Cunningham “said he wanted to run for office so that he could save Dallas from ‘niggers,’ ‘wetbacks,’ Jews, and dirty Catholics.” In addition, she recounted a discussion about a Jewish attorney’s investigation into wrongful convictions during which Cunningham complained that the “‘filthy Jew’ . . . was going to come in and free all these ‘niggers.’”

Cunningham has also repeatedly espoused anti-Jewish stereotypes, according to those who know him. In one instance detailed by Tackett, he warned that Jewish people need “to be shut down” because they control “all the money and all the power.” He reportedly wore a stereotypical banker’s outfit (a green visor and suspenders) at a casino-themed party and declared that he was a “Jew banker.”  Even Cunningham’s mother admitted at one point that her son’s “biggest burden was his bigotry.”

Despite his numerous derogatory comments to friends, family, and acquaintances, Cunningham managed to conceal the extent of his prejudice from the public for years—until a May 2018 article in the Dallas Morning News pulled back the curtain on him. No longer a judge, Cunningham was running for county commissioner when his brother revealed to the newspaper that he was a “lifelong racist.” The article also reported that Cunningham “described criminal cases involving black people as ‘T.N.D.s,’ short for ‘Typical [N-word] Deals.’” And, the article exposed the existence of a trust he had set up in 2010 for his children, with a stipulation that provides a monetary distribution upon marriage but only if the child marries a white, Christian person of the opposite sex.

Although Cunningham acknowledged that he had established the discriminatory trust, he told the newspaper that his views “never translated into unfairness on the bench or discrimination in any way.” But as we all know, that’s not how prejudice works. This sort of lifelong, deep-seated bigotry simply can’t be switched off just because an individual puts on a judge’s robe and takes the bench.

The Dallas News piece immediately garnered the attention of Halprin’s attorneys. As the presiding judge at his 2003 trial, Cunningham knew that Halprin was Jewish: His faith came up several times during the proceedings. On investigating further, the attorneys discovered that not only was Cunningham prejudiced against Jewish people generally, but he used anti-Semitic slurs when talking about Halprin. Moreover, according to McKinney, he “took special pride in the death sentences” of Halprin and his co-defendants (known as the “Texas Seven”) because “they included Latinos and a Jew,” boasting, “From the wetback to the Jew, they knew they were going to die.”

Like all criminal defendants, Randy Halprin was entitled to a fair trial with an unbiased, neutral arbiter. Instead, key rulings that helped determine his fate—including the decision to prohibit him from presenting evidence to the jury mitigating his guilt—were made by a judge who denigrated him as a “goddamn kike” and “a fucking Jew” and who took pride in sentencing “the Jew” to death. That’s not due process under the Fourteenth Amendment. Nor is it religious neutrality under the First Amendment. And it’s certainly not equal justice under the law.

Documents Reveal Confusion and Lack of Training in Texas Execution

The Unhappy 25th Birthday of Two Tough-on-Crime Era Laws That Have Deadly...