Marsy’s Law has hit resistance in states in which legislatures must approve a constitutional amendment before it goes to the voters. The New Hampshire House of Representatives recently voted down Marsy’s Law by a vote of 284 to 51. The Idaho Legislature voted down similar legislation for the second time this year. However, Marsy’s Law will be on the ballot in a handful of states wherein only signatures are needed to put an issue before the voters in November. The potential impact of Marsy’s Law, both at the state and national level, warrants national attention and alarm.

Marsy’s Law is premised on the notion that victims should have “equal rights” to defendants. This opening salvo is a seductive appeal to one’s sense of fairness. However, the notion that victims’ rights can be equated to the rights of the accused is a fallacy. It ignores the very different purposes these two sets of rights serve.

The U.S. Constitution and all 50 state constitutions guarantee defendants’ rights because they are rights against the state, not because they are valued more by society than victims’ rights. Defendants’ rights only apply when the state is attempting to deprive the accused – not the victim – of life, liberty, or property. They serve as essential checks against government abuse, preventing the government from arresting and imprisoning anyone, for any reason, at any time.

Victims’ rights are not rights against the state. Instead, they are rights against another individual. The Marsy’s Law formula includes the rights to restitution, to reasonable protection, and to refuse depositions and discovery requests, all of which are enforced against the defendant. Such rights do nothing to check the power of the government. In fact, many of the provisions in Marsy’s Law could actually strengthen the state’s hand against a defendant, undermining a bedrock principle of our legal system — the presumption of innocence.

This risk further underscores one of the overarching concerns about Marsy’s Law: It pits victims’ rights against defendants’ rights. Creating such a conflict means that defendants’ rights may lose in certain circumstances. This result accepts that defendants’ rights against the state will be weakened or unenforced in some cases, potentially at a significant cost to constitutional due process. In other words, the chances that an innocent person could be convicted of a crime they did not commit could potentially increase. The proponents of Marsy’s Law may not intend for this outcome, but nothing in their formula prevents it.

There are ways of guaranteeing victim’s rights without making constitutional mistakes. For instance, in New Hampshire, our comprehensive victims’ rights statute preempts conflict between rights by stating that victims’ rights shall be enforced “to the extent . . . they are not inconsistent with the constitutional or statutory rights of the accused.” This language recognizes that victims’ rights may come into conflict with defendants’ rights and that our justice system works only if defendants’ rights against the state are upheld.

Marsy’s Law has no comparable language.

Thirty-five states include some version of victims’ rights in their constitutions, but only five states—California, Illinois, Ohio, North Dakota, and South Dakota — currently do so using the problematic Marsy’s Law formula. Many states have enshrined language that is unique to their state and that works with their statutes. By contrast, Marsy’s Law is in no way tailored to any one state’s existing laws. Put simply, the Marsy’s Law formula amounts to a constitutional experiment for any state that adopts it.

Would it prevent the release of names or crime reports? Would it reduce the amount of information that press outlets are allowed to provide to the public regarding crimes? Could it give a victim and their attorney control over the limits of a victim’s testimony at trial?

Too much of the Marsy’s Law narrative is abstract, obscuring what the implications would be for our legal system. The multi-million dollar campaign that comes with Marsy’s Law focuses on the intent of the law. But, well-meaning intent does not cure bad language. The concern over ambiguous language and unintended consequences are particularly acute because, unlike a statute, if problems arise with a constitutional experiment, legislators’ hands are effectively tied. To change even a few words requires another constitutional amendment.

To oppose Marsy’s Law is not to oppose victims’ rights. Rather, it is to oppose the highly problematic formula that is Marsy’s Law. There are many ways that states could better support crime victims: additional resources for services, more education about existing victims’ rights, and improvements to statutory rights. It is false advertising to suggest that the only or best option is through a one-size-fits-all constitutional amendment.

We should set the highest of bars for constitutional amendments. Once language is added to a state constitution, it is etched in stone. This is all the more so when talking about the U.S. Constitution. Constitutions are not science labs, and states should be leery of experimenting with Marsy’s Law.

This is the similar to the problem with the Title IX cases on campuses currently. In the rush to support a safe environment on campus, there has been a rush to ignore the presumption of innocence and require fairness and due process to the accused student. When the accuser lies, or puffs, nothing is done to acknowledge the falsity of the statements, and no sanctions are rendered to the accuser for violating policy or handbook. Schools can be fair to all students without being seen as weak on sexual assault or sexual misconduct. These cases, right now, are some of the worst injustices in the United States, as they sacrifice tuition dollars, reputation, honor, trauma, and label a young person with criminal behavior, without due process, in the name of supporting victims' rights.

Mary, excellent comparison and very shocking indeed. Leftist special interests groups are absolutely attempting to establish a quasi-court, authoritarian, and absolute parallel legal system in the U.S. with measures such as the Title IX directive and Marsy's Law. Voters need to remain vigilant and well informed to rebuff these assaults on our Constitution and accepted Western jurisprudence.

i would love to talk to someone about appealing a cro filed in placer county ,Ca. I have gone to four hearings 3 judges to ask to either vacate or modify to peaceful contact. Denied x4. Each time,i presented , researched, factual account, measures i have taken, my desires . I have been told by a victim advocate "sometimes victims dont know whats in their best interest" so they have removed my free will, my intelligence for making an informed decision, my plea to reconcile with my partner, the have taken my autonomy, removed a income provider from my home despite four intelligent, well presented arguements to vacate or at the very least modify.

This is typical of domestic violence convictions where children are present. You might be willing to take a chance with your own wellbeing and let a convicted violent offender back into your life but your child/ren don't have a voice in the matter. An advocate will step in to be that voice.

To Anonymous responder: Well then whose children are they exactly? Do child/ren belong to their parents or to the State? Is State ownership and benevolent tutelage of children really a precedent we want to continue to perpetuate in the United States?

To the 2nd anonymous: your children belong to you and your spouse/significant other. Very rarely does the state jump in and take away your decision making power. Unfortunately, sometimes parents don’t always make the best decisions and they put their children, or other children, at risk. In the original poster’s case, I’m going to take a wild guess that domestic violence was involved and that there were children in the household. The general rule is that if your partner has hit you once, they will do it again. If you want to take that chance and it is only YOU that can be harmed, have at it. When children are involved, it gets a little more concerning. Even if the kids are never touched, they still are affected. Sometimes someone needs to step in and advocate for the kids.
It’s the same with vaccines. Despite numerous studies that state they don’t cause autism and one debunked study that said they do, a lot of parents have decided to ignore science and take their chances with polio. Unfortunately, when you get a large group not vaccinated in the same area, completely avoidable diseases crop up. To further that, you have kids that cannot be vaccinated due to autoimmune diseases or because they are in treatment for cancer and are exceptionally vulnerable to an illness that would be completely avoidable if the rest of the herd who are perfectly healthy were vaccinated. This is where the state has stepped in and stated that you vaccinate your kids or they can’t go to school.
Frankly, I have no problem whatsoever with the state stepping in to try to avoid a child being abused. As adults, all of us make bad decisions from time to time. We don’t realize they are bad decisions until hindsight kicks in. I find a bit of security knowing that, if I’m making a horrible decision that could harm my kids, someone can step in and put the brakes on it.
I’m old enough to remember how angry some people were when kids in car seats became a law. Now everyone seems to agree it’s a good idea. Hindsight in action.

I know that you were looking for answers, but I come with a question of did you find any answers? I had a CRO in place that was followed by four arbitrary TRO being issued by spectators. That were granted despite my sound show of cause I had approved even though I showed cause to dismiss in each case and I was cleared of the charges on the CRO in trial. The TRO remain. Has there ever been a TRO or CRO revoked midtrial ??

Well the way the advertising is looking this is probably going to pass in florida. No one is speaking up about the potential downsides of this. Before I took the time to look into it I thought it was a no brainer, I mean who would vote no to protecting crime victims?

Totally agree. Until I clicked ok this, it sounded like an easy option. Now I can see how the accused can get railroaded. And I also think about how many times something like this happens - half of the facts are shared and ppl get in an uproar about misinformation....a lot. 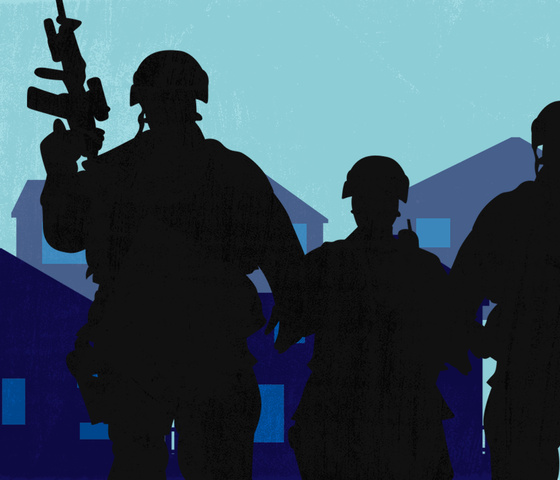