The Judge Rotenberg Center, a residential school in northern Massachusetts, prides itself on teaching students with disabilities who have the most challenging behavioral issues. The school takes kids with severe intellectual disabilities – autism, post-traumatic stress disorder, obsessive compulsive disorder, and a range of psychiatric disabilities – and then its employees attach electrodes to their arms, legs, and stomach, and shock them into submission.

Over the next several hours, he was tied down to a restraint board and shocked 31 times. When his mother came to visit the next day, he was catatonic. He could not speak or even turn his head. He had open sores where the electrodes had been attached to his body. She took him to a hospital, where he remained for the next five weeks. 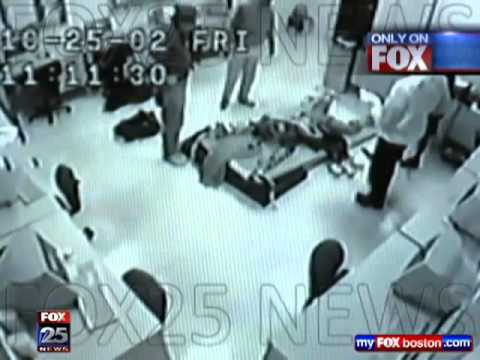 He may never fully recover.

In the name of changing people's behavior, we've done some pretty awful things: drilling holes in heads to "let out the evil spirits," lobotomies to "cure" schizophrenia, and sexual orientation "corrections" (also involving electric shocks) to make people straight. Electric shocks as a form of behavior modification should be the next mistake we outlaw.

Yesterday the ACLU, along with many allies, testified at a Food and Drug Administration advisory panel hearing that the FDA should ban "aversive conditioning devices" that operate with a "noxious" electric shock. At the end of the hearing, the committee recommended banning the device.

While the recommendation still needs to be adopted by the FDA, this is a big step forward.

The devices are clearly inhumane. But the fact that they are only used on people with disabilities is telling. In no other population would we treat people like cattle to be prodded or dogs to be trained not to bark.

Learn more about disability rights and other civil liberty issues:Sign up for breaking news alerts,follow us on Twitter, andlike us on Facebook.

We are Holding Arizona Accountable for the Needless Suffering and Deaths of...

Seniors and People with Disabilities Want to Live in Our Homes, Not Nursing...