The Fight to Kill Texas’ Anti-Immigrant Law SB4 Is Not Over, but We Have the Constitution on Our Side 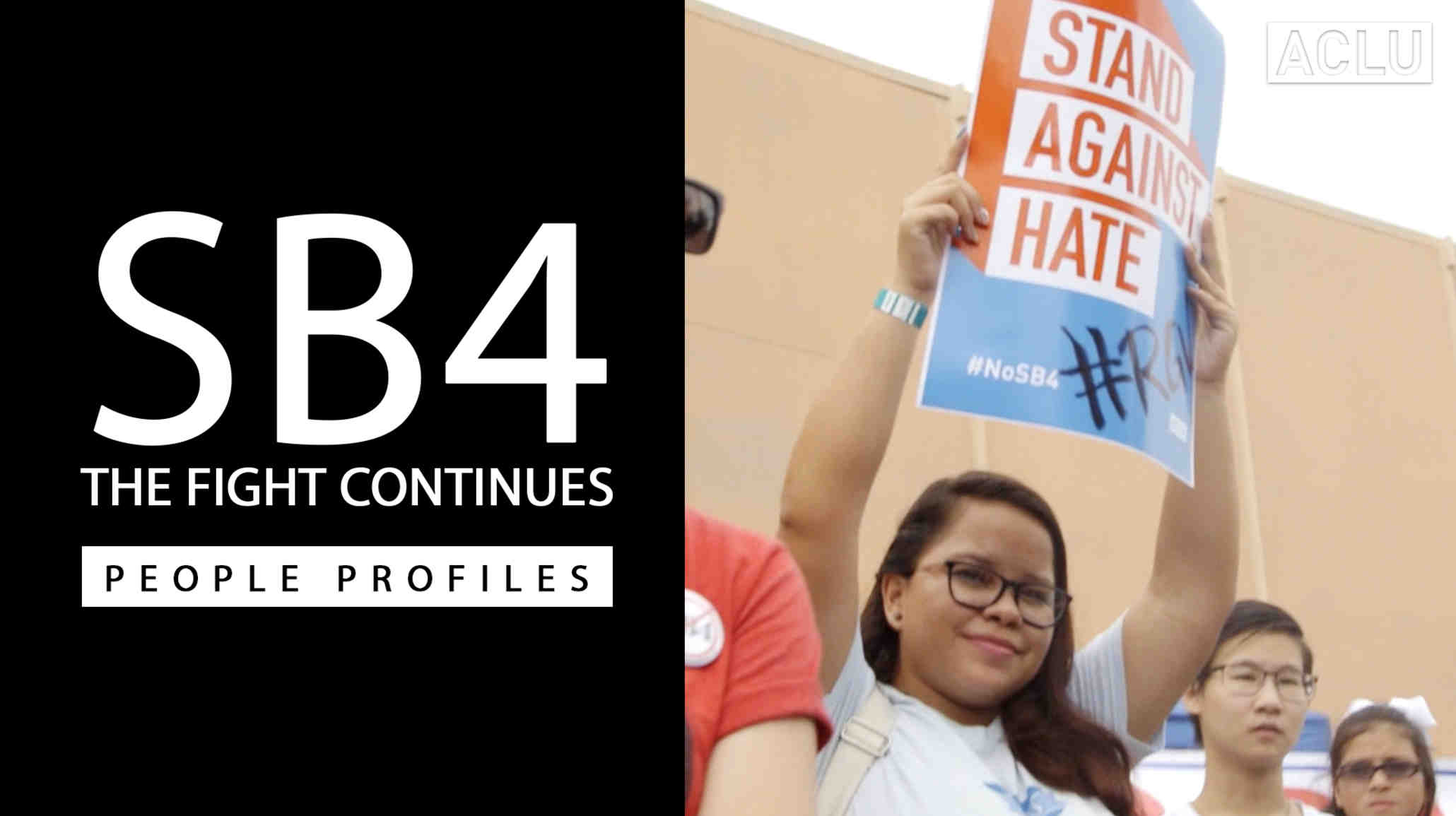 The fight to kill SB4, Texas’ unconstitutional anti-immigrant law, is not over yet.

Following a defeat in federal court where key provisions of SB4 were declared unconstitutional just two days before it was to go into effect, Texas Gov. Greg Abbott filed an emergency motion at the Fifth Circuit Court of Appeals asking that SB4 be allowed to go into effect, claiming that the decision to block it “makes Texas communities less safe.”

Let’s be clear: Enforcing SB4 is not about safety.

The law is about codifying racial profiling into law and putting a target on the backs of people of color across Texas. It’s about turning state and local law enforcement officers into federal immigration agents, compelling them to serve on Donald Trump’s deportation force despite the fact that they already have a job to do. SB4 takes authority away from local elected officials to control their own resources and dissolves trust between local law enforcement and the communities they serve.

SB4 is not only bad policy; it is unconstitutional. It violates the First Amendment by prohibiting local officials from endorsing a particular viewpoint, threatening them with heavy fines and removal from office for disagreeing with it. The due process clause of the Fifth and 14th amendments requires that a law be explicit in what it allows and what it prohibits. But as U.S. District Judge Orlando Garcia found in his ruling, SB4 is “unconstitutionally vague because it ascribes criminal and quasi-criminal penalties based upon violations of an inscrutable standard, in a manner that invites arbitrary and discriminatory enforcement.” Law enforcement officers who refuse to comply with federal immigration detainers could face jail time. Finally, the Fourth Amendment prohibits detaining anyone without probable cause or a warrant signed by a judge. But the ICE detainer requests — which SB4 requires local governments to honor — fail to meet those standards and would lead to unconstitutional detentions.

Since its inception, SB4 was met with staunch resistance — when the Texas Senate was considering the bill, eight witnesses showed up to support it and more than 1,600 witnesses opposed it. During debate on the floor of the Texas House of Representatives, Rep. Mary Gonzalez shared that as a survivor of sexual assault, she feared that SB4 would stop undocumented victims of rape and abuse from calling the police and reporting crimes. Rep. Ana Hernandez, who grew up undocumented in Texas, said, “I know firsthand the impact that SB4 will have on families that are currently in the same legal status in which my family once was, mothers that will be afraid to even go to the grocery store … as my mother was once afraid.”

Opposition to SB4 isn’t confined to members of the legislature. The police chiefs of six Texas cities and the executive director of the Texas Police Chiefs Association opposed SB4 as “political pandering that will make our communities more dangerous.”

In defiance of public opposition and despite the recommendations of law enforcement officials and civil rights advocates alike, the Texas legislature passed SB4, an unconstitutional law at its core. Fortunately we have the courts. Our client El Cenizo, a border town with a population of 3,300, joined forces with the sheriff of Maverick County to challenge SB4. Soon after, five of the six largest cities in Texas —including Houston, Dallas, San Antonio, Austin, and El Paso — joined the lawsuit.

We know that Gov. Greg Abbott and Attorney General Ken Paxton — yes, the same attorney general who successfully threatened the Trump administration into rescinding DACA and upending the lives of 800,000 young immigrants nationwide — will not stop trying to reinstate SB4 anytime soon.

But as Judge Garcia cautioned in his ruling, “the Legislature is free to ignore the pleas of city and county officials, along with local police departments, who are in the trenches and neighborhoods enforcing the law on a daily and continuing basis.” But Texas “may not exercise its authority in a manner that violates the United States Constitution.”

That means you, too, governor. We’ll see you in court.

I hope SB4 gets blocked permanently.

You must be an illegal alien

Agree , what a racist state

The ones that are against it are the illegals. Most are seeing that there is a lack of law.

I am against it. Born and raised in the USA. Proud US Navy veteran and a believer in the Constitution of the US and the role of law. NOT a believer in racism, racial profiling or xenophobia.

Bruce, its not healthy for a country to have a group of foreigners in it large enough and powerful enough to override the will of citizens, force changes to our laws or force our offials to ignore our laws, and get our politicians to cater to them instead of citizens. Under Obama, Mexico was constantly using the Mexican citizens here uninvited to seriously meddle in our affairs. If we need immigrants then bring in immigrants using a fair and organized system that doesn't favor a particular region and factors in the impact on citizens.

Not really, I’m a US citizen and as a law student I see this as an illegal law to target one specific type of people which are hispanics. All other race in the state would not be targeted.

Misleading title the bill does not target immigrants at all,it targets illegal aliens,if an immigrant in this country,not just in texas, has committed a crime they risk losing their status and subject to deportation, an ICE detainee is not illegally breaking the law for being held for deportation.

liberals end up scaring and confusing real immigrants and others here legally in other programs when they mislabel eveyone for the sake of uninvited foreingers.