'If I Were a Student in South Dakota, Chances Are I Would Not Survive Into Adulthood.'

I am now 33 years old, and I have an incredible job and a loving family. I am proud of who I am and all that I have been able to accomplish. But if I were a student in South Dakota right now, chances are I would not survive into adulthood.

I didn’t realize that I was transgender until after college, but I struggled through high school. I felt a disconnect from my body and a feeling of shame that prevented me from fully embracing the world. I struggled with thoughts of suicide, drug use, and self-harm.

I am so thankful to be alive today. And I am alive, in part, because even in a time that was far less accepting of LGBT people, I never got the message in high school that being transgender was shameful. I was not ready to come out to myself during those years, but I am thankful that my teachers, administrators, and government representatives never sent me the message that I was so disgusting that I didn’t deserve to share space with my peers. That message would have pushed me over the edge. That message would have found its way inside my already self-hating consciousness and prevented me from finding the strength that I ultimately did find to survive.

Last weekend, Sen. Omdahl said of transgender young people, “I’m sorry if you’re so twisted you don’t know who you are,” but we need a bill to protect other people from them. I keep hearing those words, imagining what it would have been like for 15-year-old me to hear them. I would have been heartbroken.

Legislators in South Dakota voted on House Bill 1008, which required transgender students to be separated from their peers and forced into separate bathrooms and locker rooms. If this bill is signed, I have no doubt that there will be many transgender South Dakotans who will face bullying, harassment, and perhaps even death. We live in a time of crisis where messages like Sen. Omdahl’s contribute to an epidemic of suicide in the transgender community. Almost half of all transgender individuals attempt suicide at some point in our lives.

I have lost too many friends to suicide and watched too many transgender young people take their own lives.

I urge South Dakotans and people across the country to take seriously what it would be like to be a young transgender person being told you are so freakish that others must be protected from you. Growing up is painful and isolating at times no matter who you are. The last thing we need is the government to take part in the bullying of our vulnerable kids.

I was lucky enough to survive, and to fight on behalf of my community. I hope today’s vote doesn’t prevent future advocates from growing into adulthood.

Not all South Dakotans support that ridiculous bill. Lots of us, especially younger South Dakotans, recognize that LGTB citizens deserve rights, dignity, and respect like all other citizens. Please check this link for a few of the legislators who stood up and spoke against this bill in the House chambers yesterday. dakotafreepress.com/2016/02/16/dakota-means-ally-good-senate-speeches-from-losing-fight-against-hb-1008/

You walk in when my kid is in the bathroom you'll go back out on your ass.

I hope you find peace later in life and accept all human beings for who they are.

Because you always go to the bathroom with your kid?

He / she who speaks out the loudest against these LGBT folks are usually the ones that are the deepest in the closet!

I think you need to ask yourself what you are so afraid of. Your statement is sheer ignorance.

Thank you for sharing your thoughts here. I am supporting LGBT community as an ally myself. I am also a social worker-to-be graduate student, especially focusing on LGBT population. I am going to protect people's well-being and their rights to live fully without feeling marginalized in the society.

I dont know why there should be seperate restrooms or locker rooms for anyone. We are all humans. Girls and boys should shower together instead of one being told they are not good enough to shower with the others. Wont someone please think of the children!!! 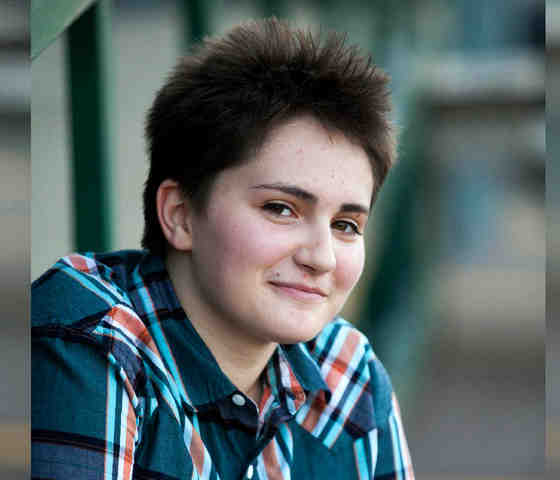