The Trump administration is reportedly poised to kill more people in more countries around the world, from Nigeria to the Philippines.

According to The New York Times, the administration is considering loosening Obama administration policy on drone killings and other lethal operations in places where the United States is not at war. The changes will result in more unlawful and secret killings, alienate our allies, and make the world less safe.

To understand what these changes would mean, it helps to remember what the Obama administration did. Soon after coming to office, President Obama began to expand and normalize what had been a Bush administration aberration: a policy of invoking war-based legal rationales to kill terrorism suspects in places where the U.S. was not at war, usually through CIA drone strikes.

In the early years, Obama’s killing rules were largely secret, even as a range of Obama officials gave speeches claiming — but not explaining how — they were lawful, necessary, and wise. Those government claims were repeatedly undercut by the facts.

U.S. citizens and non-citizens alike were placed on kill lists without any due process. The CIA turned into more of a paramilitary killing organization without the oversight or accountability we traditionally expect of the military. The number of lethal strikes — by the CIA and by secretive special forces — rose dramatically, eventually spreading to Pakistan, Yemen, Somalia, Libya, and elsewhere.

Tragically, hundreds of civilians or more — a 16-year-old American boy, grandmothers, children, wedding guests, people at funerals — were killed. Family members and rights activists in impacted countries described the devastation caused by U.S. strikes. Virtually none of these killings, except for those of American citizens or Western hostages, have ever been officially acknowledged. This lethal American program, which started out as “limited,” contributed to increasing instability, war, and hostility towards America.

Through leaks and Freedom of Information Act litigation brought by the ACLU, the broad contours of the Obama rules were revealed over time. They were eventually formalized in what’s called the Presidential Policy Guidance, or PPG, a document released in response to ACLU FOIA litigation in 2016. We’ve described the PPG elsewhere, but in brief, it is a made-up legal and bureaucratic infrastructure that justifies killings outside war zones — the PPG uses the invented and undefined term, “areas outside of active hostilities” — without any due process. Both the Constitution and international law prohibit the use of lethal force against civilians outside of armed conflict except in very narrow circumstances: as a last resort to prevent an imminent attack that is likely to cause death or serious physical injury. But by borrowing from a mish-mash of legal frameworks, the PPG entrenches a different, more permissive set of killing rules, with a gloss of policy safeguards aimed at limiting harm to civilians.

In short, the Obama administration claimed extraordinary powers to kill people largely in secret, through a distortion of the domestic and international law that limits the use of lethal force and prohibits extrajudicial killing.

And now we come to the Trump administration. The new White House is apparently claiming the exact same legal authority the Obama administration claimed, but lifting policy constraints.

According to The New York Times, Trump’s advisors propose to lift “bureaucratic hurdles” to killing decisions, expand CIA authority to kill in Afghanistan, and relax a key Obama-era requirement limiting lethal strikes to “high-level militants” who pose “a continuing and imminent threat to Americans.” If the rules are relaxed, the policy would permit lethal force against what the Times — apparently itself accepting the war paradigm outside the context of war — refers to as “foot-soldiers.”

Each of these is a step in exactly the wrong direction.

Take the last, for example. The “continuing, imminent threat” requirement was itself a malleable, made-up limit, and rather a nonsensical one, as the administration’s interpretation of imminent meant anything but imminent. But look what’s being considered now — killing low-level suspects, far from any battlefield, who don’t actually pose a threat to Americans.

What meaningful basis is there to decide who lives or dies? What limit is left to the government’s claimed killing authority?

It does not seem that the new rules will impose any meaningful geographic or temporal constraints. It appears that the Trump administration proposes to kill people engaged in so-called Islamist insurgencies in many parts of the world. If so, how does this not turn America into the world’s military, acting at the behest of or to protect notorious rights-violating regimes like the one in the Philippines? As we have warned, under Trump, the limits of war as we know it could virtually dissolve.

Trump’s advisors apparently propose to keep in place a requirement of “near certainty” that no civilians will be harmed in strikes. However, that provides little comfort because we don’t know who the Trump administration defines as a civilian. Moreover, lowering the threshold for who is killed and removing even internal layers of executive branch oversight surely increases the risk of wrongful killing and abuse, as well as the likelihood that no one will be held accountable when things go wrong.

Unfortunately, that wouldn’t be new, for there has been no accountability for any alleged wrongful strike under the Obama administration, limited transparency, and no meaningful public assessment of the human and strategic costs of lethal strikes. This is the killing program the Trump administration is seeking to expand.

During the Obama years, we argued that the administration’s claims of meaningful limits on killing authority essentially boiled down to “trust us.” Many Americans did. Now, the Trump administration wants the same trust. And more people will die.

OMG! How does this happen? Well, most of the Trumps products are made in China or other Asian communist countries like Laos, Vietnam, Cambodia, etc. These countries buy bulk textiles from North Korea at cheap rates since it is made by slave labor. “Textile” companies in Cambodia for example import this North Korea slave cloth then fabricate it into Ivanka Trump line clothes. The tag says “made in Cambodia”, but now you know the truth.

The Trumps are in bed with the North Koreans.

Don’t forget the 1billion plus in coal briquettes they export in bulk to countries to like Thailand and Burma. The coal is then repackaged and sold to companies like Kingsford and other marketers of American bbq charcoal.

Well, I guess Americans really did pay for North Korea’s nukes. However, take solace, your backyard bbq isn’t going to cause ww3, your shitty waste of food is.

http://www.kicksvovo.com/mens-jordan-shoes/mens-air-jordan-11
It is actually a great and useful piece of info. I am satisfied that you simply shared this useful information with us. Please stay us informed like this. Thanks for sharing.

I don't understand that why gangster doing this type of activity why he was not live with peace i think Help with Assignment right say about gangster that he's not human these are animal and our government is doing right to caught them and kill them.

Trump will more than likely stick to the Geneva Convention definition of "civilian". As far as whether more people will die due to these tactics or not it really depends on how they are used. I've personally been hoping thay there is a special forces unit headed in Kim's direction.

How many special forces lives are worth not having drone attacks? Sometimes it's a good thing to have technology, even at the risk of hurting our enemies, or at least my enemies. I personally wish that they would have had this technology when I served. The friends that I lost over there probably would probably wishe the same thing if they were here today

Solitaire is a single player game, it can also be played with more than one player. For the two player game, you have to compete with the other player. mahjong solitaire
It boosts your intelligence levels. It helps to enhance different mental skills.
Solitaire develops strategies making skill

The progressions will bring about more unlawful and mystery killings in United States. The CIA transformed into even more a paramilitary murdering association without the oversight or responsibility we generally expect of the military. Be that as it may, look what's being considered now slaughtering low-level suspects, a long way from any war zone, who don't really represent a danger to Americans. http://www.bestassignmentservice.com/help-with-assignments-online

Amazing article thanks or sharing of Harley Davidson Mesh Jacket.. 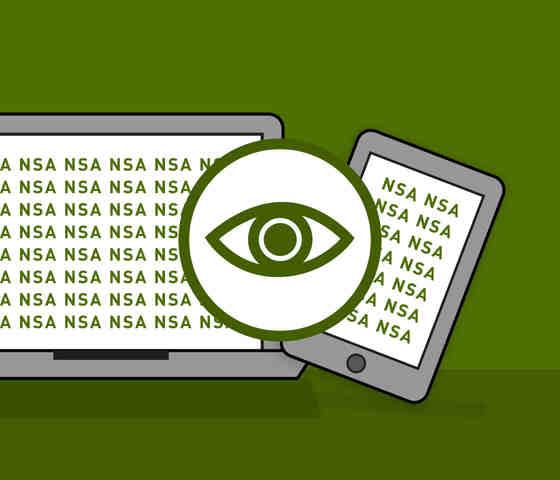