Across America, The Single Most Powerful Person in Local Criminal Justice Systems Operates With Near Impunity

For anyone who cares about transforming America’s criminal justice system, pivotal elections are fast approaching. It’s not the congressional elections we are talking about, though — it’s the more than 1,000 local prosecutors that will soon be up for election in counties across the country in 2018.

Criminal justice policy is shaped mostly at the local and state level, and elected prosecutors have more power than any other single actor to influence the trajectory of these policies. With more than nine out of every 10 cases resolved by a plea bargain where a judge has little or no role, prosecutors unilaterally decide who gets a second chance and who goes to prison and for how long. Mandatory minimum sentencing and other laws allowing extraordinarily harsh sentences have only increased prosecutors’ power to extract guilty pleas and prison terms. In addition, their extraordinary influence is wielded every year at the statehouse, where prosecutorial opposition can easily undermine or sink even modest criminal justice reform legislation.

The upcoming elections of local prosecutors come at a unique and potentially fragile moment. After years of steadily building power and momentum, criminal justice reformers are now facing a federal government enthralled with brutal and ineffective ’90s-era criminal justice policies. The outcome of these local prosecutor elections may prove to be the most significant in history for the movement to end mass incarceration. 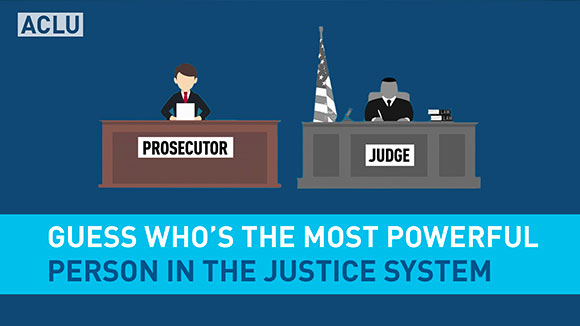 Research suggests that prosecutors’ “tough on crime” practices have been a major driver of mass incarceration over the last several decades. Yet polls suggest that majority of the American public — across demographics and across the political spectrum — prefer second chances and treatment over long prison sentences and overflowing jails.

If this is true, why do “lock ‘em up” prosecutors keep getting elected?

Although prosecutors are politicians elected to serve their local communities, they rarely have any incentive to act like it. In 2016, more than 70 percent of prosecutors ran unopposed. District attorneys who decide not to run for re-election can maintain control by resigning and picking a successor who then runs as an incumbent.

For the most part, voters say they have little understanding of what a district attorney does or the extraordinary impact a prosecutor’s decisions have on their local community. Research has also shown that high percentages of voters who cast a ballot for their county supervisor or mayor do not go down the ballot to vote for their district attorney.

In between election years, prosecutors operate with near impunity. State oversight over district attorneys is notoriously ineffective. Prosecutors’ budgets are often approved without question by county boards despite the fact that it is the prosecutor’s decisions that drive a county’s biggest expenses — the county jail. Lawsuits seeking to hold prosecutors accountable in court for unconstitutional policies are rare, in part because prosecutors have broad legal immunity from suit in many cases.

Finally, prosecutors have long shielded their actions from public scrutiny, making basic information about their policies or data on the outcomes of their decision-making unavailable. This lack of transparency prevents the public from holding prosecutors accountable.

The outcome of these local prosecutor elections may prove to be the most significant in history for the movement to end mass incarceration.

But times are changing. In 2016, an ever-increasing awareness of prosecutors’ authority swept new prosecutors into office on the promise of reform, from Houston to Chicago to Kansas City to Orlando. The electability of these reformers proved that a growing number of Americans are fed up with criminal justice practices that are shamelessly punitive, tear apart low-income communities, and target people of color.

This year, the ACLU’s Campaign for Smart Justice, dedicated to reducing the number of people in prisons and jails by half while reducing racial disparities, announced a new initiative to transform the incentives that drive prosecutors. This initiative aims to directly tackle the unchecked prosecutorial power that has been such a major contributor to mass incarceration.

Over the next three years, the Campaign for Smart Justice will support state ACLU offices in educating voters about the importance of elected prosecutors and on ways to hold them accountable between elections. The campaign will fight for legislation to require prosecutors to make their policies and data public and for laws that would create or strengthen oversight of these offices. And finally, prosecutors who violate the constitution to get convictions or otherwise flout the law should expect to see the ACLU in court.

Our Leaders Can Save Lives With the Stroke of a Pen