Common Wants You To Vote Smart Justice in 2018

The ACLU launched its Campaign for Smart Justice with a simple but daring goal: cut the incarceration rate in this country by 50 percent and reduce the racial disparities in our prisons and jails. But we can’t get there if elected officials stand in our way.

To arm voters with the information they need to make the right choice on Election Day, the ACLU launched Vote Smart Justice, a nonpartisan voter education drive to give Americans information about where candidates for state and federal office stand on key criminal justice reform issues, like bail reform, the war on drugs, and police accountability. At VoteSmartJustice.org, users can access information on candidates’ voting history and public statements on criminal justice reform in more than 1,000 federal, state, and local elections. To find out where the candidates in your district stand, all you have to do is go to VoteSmartJustice.org and enter your zip code. 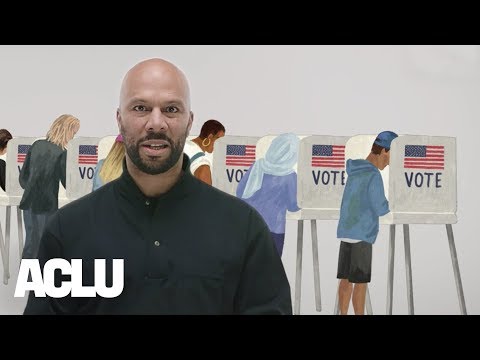 
We’ve partnered with Oscar and Grammy-winning artist Common to launch a video that reminds voters of what’s at stake in 2018 and how we can build a fairer and smarter criminal justice system.

If we Vote Smart Justice in 2018 and beyond, we can build a system that prioritizes people instead of prisons.
Fight for everyone's rights - support the ACLU.
Donate Now
Sign Up For Breaking News Alerts
Close
Related Stories

The Law That Sent a Man to Prison for Life for Stealing a Pair of Hedge...

Two Steps Forward, One Step Back: A Cautionary Tale About Bail “Reform” in...