Next week, the U.N. Human Rights Council will formally adopt the first-ever U.N. report on mass incarceration. In this groundbreaking report, the U.N. high commissioner for human rights brings global attention to the root causes of overincarceration and overcrowding in prisons.  A draft resolution that is expected to be adopted by the council will express concern about the “negative impact of over-incarceration and over-crowding on the enjoyment of human rights.”

The ACLU worked with other groups  to bring this issue to the attention of the Human Rights Council. With considerable movement for criminal justice reform right now, it is the perfect time for the U.N. to issue recommendations on how to reduce the prison and jail population worldwide taking into account human rights obligations and commitments.

In the report, the high commissioner outlines a human rights-based approach for criminal justice reform that puts the human dignity of the person at the forefront. This approach emphasizes smart reforms like utilizing alternatives to detention, focusing on rehabilitation, and avoiding incarceration of children and other groups in vulnerable situations where possible. This report can and should serve as blueprint for reform in the United States, where the overuse of imprisonment is a problem of devastating proportions.

With an incarceration rate five to 10 times that of other Western democracies, the United States has less than five percent of the world’s population, but our country’s prisoners account for one fifth of the global prison population.  The U.S. incarcerates more people — in absolute numbers and per capita — than any nation in the world, including the far more populous China, which rates second, and Russia, which rates third.

These numbers reflect misuse of incarceration to respond to social challenges and basic human needs. People struggling with addiction and mental illness are jailed rather than treated. People who need community-based supervision, education, and jobs to end the cycle of recidivism receive longer and longer sentences instead. Young people in neglected neighborhoods who are exposed to poverty, violence, and trauma are pushed out of schools and into prisons rather than embraced and healed. Moreover, the racially disparate patterns of policing and punishment reflect the United States’ ongoing struggle to come to terms with its history of slavery, marginalization, and oppression of people of color.

Unfortunately, the U.S. government missed an opportunity to contribute to the U.N. report, a report that it must champion given the current domestic movement for criminal justice reform and President Obama’s own stated commitment to reform, which he delivered at the NAACP Annual Convention in July.

Legislators across the United States are realizing that America’s addiction to incarceration is unsustainable, costing taxpayers billions of dollars while doing little to prevent crime. Important recent state criminal justice reforms have included allowing parole for elderly prisoners, reducing criminal penalties for drug crimes, decriminalizing or legalizing marijuana, raising the threshold of misconduct for what constitutes a felony, using non-prison sanctions for technical violations of probation and parole, and eliminating mandatory minimum sentencing.  As a result, numerous states — including New York, New Jersey, Michigan, California, and Texas — have significantly reduced their prison populations in the last several years.

But more needs to be done. The human rights-based approach to criminal justice reforms outlined in the U.N. report can help reduce our prison population and make us safer. This approach includes reform efforts that invest in crime prevention and rehabilitation efforts:  behavioral therapy, intensive treatment for mental health and substance abuse, and preventive programs can deliver crime reduction without destroying lives and families. By investing in better options and making it explicit in the criminal code that solutions are favored over incarceration, we can truly begin to see meaningful change.

I TOTALLY AGREE THERE IS OVERCROWDING IN JAILS AND PRISONS MANY PEOPLE WITH CARRYING SMALL AMOUNTS OF MARIJUANA OR PARAPHERNALIA. LEGALIZE MARIJUANA AND PARAPHERNALIA AND ENFORCE THE CHANGE RETROACTIVELY AND EMPTY OUR JAILS OF PEOPLE WHO SHOULD BE HOME WITH THEIR FAMILIES. PROFILING PEOPLE HAS GONE ON FOR WAY TOO LONG

End the War on Drugs and you cut a lot of this in half, if not end it altogether.

All drug laws are unconstitutional anyway. There is nowhere in the Constitution prohibiting what one can ingest or inject into his own body. It might not be safe, but it is still unconstitutional. The legal drugs can be as bad and maybe even costlier. Now people are shot by cops for looking at them the wrong way. A nation of people running from shadows and providing slave labor for the companies. Low wages with no outsourcing.

A society has create and negative impact on our culture. The families and lives that has been ruined from society needs to stop and the people of this earth that have good hearts needs to step in and reclaim our home. Before it is to late, make a change to make the world a better place for every human being.

I'm from England & I came over on holiday to LA for 2 weeks & loved it but I will never return due to what is going on with
the bad police & how people are treated compaired to the uk!

The bottom line is this, the drug laws were created as a loophole to maintain racial control. The prison system is a billion dollar industry and without prisons located in the rural areas, a lot of Caucasians in this area would be out of a job. Though significant changes have been made in regards to NYS decriminalizing and lessening sentences regarding drug charges, parole has become another animal. To have a lawyer tell me that my husband, who is on parole, has no rights while on parole is preposterous. It needs to be fixed!

facebook.com/helpfreechristopherlozier this is an example of unjust our legal system is. if ya got time check it out. my fiance was the less culpable, passed the polygraph and everything but yet hes still incarcerated while the trigger-man has been out for 2 years.

Its been more than a couple of decades since the years spent in prison during my youth. Today I wonder why more cannot be done to inspire the kind action needed to become free of prison's institutionalization. I am a skeptic when it comes to why prisons really exist when it was for me a challenge to do what I did in prison and where I am today. A lot need to take charge and decision making in the kind of environment made only for stagnation only continue the man-made confusion the hierarchy may be guilty of causing only to ensure their continued focus on the industry prison is today. Why not excel with an educational campus on prison ground that I experienced in the 1970s and 80s helping immensely to achieve positive decision making found today in my life. It was a shock to hear how they have taken such out of the prison I did time in. All that is left for someone like me to do is braid my brotha's hair, sexually satisfy his desires and keep him stagnated with relapse/return being a number one commodity of such an environment. My being gay did not allow me to fall in love with such an atmosphere. I hated prison life. I wanted a life. At my level I know there are so many others wanting to challenge a new of life. I know; cause I taught many to at least read and write after achieving my own GED and two associate degrees. The environment of prison should be a place of detouring the life of crime and replacing it with each unique individual's desire for their own positive life. And such can indeed be opened up in prison instead of kept a "secret" by those in control. No; I'm not surprised at none of the epidemic stages of homelessness, gangs, mental illness, hate, anger and violence sprouting up in great numbers all across this country today. Read my finale of addiction and what I am doing after the high today now in my early elderly years. Got a lot to say and a hopeful message I want to leave. This is just too damn much to just plain accept without a fight.

"My Personal Stop Message" and "After My personal Stop Message" by Bebop now after over two decades away from anymore of the institutionalized addiction found in any prison environment. The fight is hard and the obvious is more and more a reality with the epidemic of homelessness, addiction, gangs, hate, violence and mental disabilities in today world. 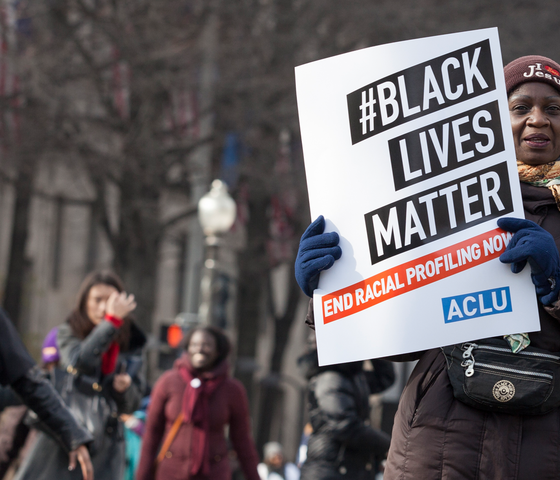