When a judge sent Shane Norrid to an addiction rehab program rather than to jail, Norrid thought he’d get the help he needed. Norrid packed his bags and traveled to Decatur, Arkansas, to begin a program he believed would change his life for the better. Instead, he landed in a human trafficking scheme built on the false promise of addiction treatment.

Norrid and hundreds of other individuals ended up at the Drug and Alcohol Recovery Program (D.A.R.P.) either because they were sent there by a court or went voluntarily for drug or alcohol treatment during probation. Instead of receiving counseling and addiction recovery services, however, they worked grueling hours for no pay, lived in inhumane conditions, and received little to no actual addiction treatment.

The ACLU of Oklahoma filed suit this week in federal court on behalf of seven plaintiffs, including Norrid. Each one has harrowing stories of forced, unpaid labor, dangerous conditions, and cruel treatment while in the D.A.R.P. program. All of them lived with untreated addiction and were forced to work at facilities where there was an available supply of drugs and alcohol.

The suit alleges that D.A.R.P. has been running an unpaid labor camp disguised as a rehabilitation center for the last decade. The plaintiffs were subjected to long days of physically-demanding labor, mostly contracted out to private corporations, doing work such as welding, plastic product manufacturing, and chicken processing. Many of these businesses, who knowingly benefited from forced labor trafficking, are also named as defendants in the suit, including Hendren Plastics, Inc., R&R Engineering Co., Inc., Simmons Foods, Inc., and Western Alliance, Inc. All of the participants’ pay was turned over to D.A.R.P. or its president, Raymond Jones. If they did not complete the program by working hundreds or thousands of hours, they were threatened with prison time.

D.A.R.P. offered very few services that could be considered legitimate addiction treatment. Participants were sent to one Alcoholics Anonymous meeting a week in a nearby town. Otherwise, most of the “treatment” offered by the program was nothing more than participants reading from a Twelve Step book together before or after their work shifts, without the guidance of licensed counselors or addiction recovery professionals.

Most troubling are the inhumane conditions in which D.A.R.P. participants lived and worked. During their daily 12-hour shifts, D.A.R.P.’s unpaid workers were often fed just one paltry bologna sandwich. Some participants at D.A.R.P.’s facility in Tahlequah, Oklahoma, were fed spoiled or otherwise unmarketable chicken from its now-defunct chicken processing plant five nights per week. At each facility, men lived in cramped quarters with a never-ending bed bug infestation that caused bleeding wounds.

It’s obvious that the priority of this so-called rehab program was sourcing cheap labor and making a profit for D.A.R.P.’s leaders, not providing the addiction treatment expected by participants.

Alternatives to incarceration are an important component to battling the mass incarceration crisis. But profiteering schemes like D.A.R.P. are not the answer. Without proper oversight, qualified counselors, and meaningful services, incarceration alternatives like this one are ripe for abuse. In the case of D.A.R.P., human trafficking is the only accurate description for the forced labor, lack of medical care and appalling living conditions that the plaintiffs suffered through.

The ACLU of Oklahoma was informed about D.A.R.P., Inc.’s operations, and the similar operations of C.A.A.I.R., by Brianna Bailey’s report on D.A.R.P. and C.A.A.I.R. in an article published in The Oklahoman on Oct. 1, 2017, and an article by Reveal Center for Investigative Reporting published on Oct. 4, 2017. The ACLU of Oklahoma’s suit only involves D.A.R.P. at this time.

Yup and goebbels sucked it.

Hey kids, 15-17. Go on the internet and pretend to be a 13 year old girl looking to learn about sex from older men. Then when you start getting responses, save and print them out etc... Then you agree to meet in a park or someplace and ask them to bring 3-500 dollars. Then once you get to the park, you pull your paperwork and pistol and demand the money. Be sure to tell them you have all the history old your explicit conversations with a 13 year old, that way they won’t call the cops because they don’t want to be exposed as a pedophile.

glad to join your community!
https://guestfeedbacksurveys.com/

Dr Joseph goebbles you are it up your mutha fucking As s you prick you think this shit is funny you fuck face.

What minute were you born, sir ? 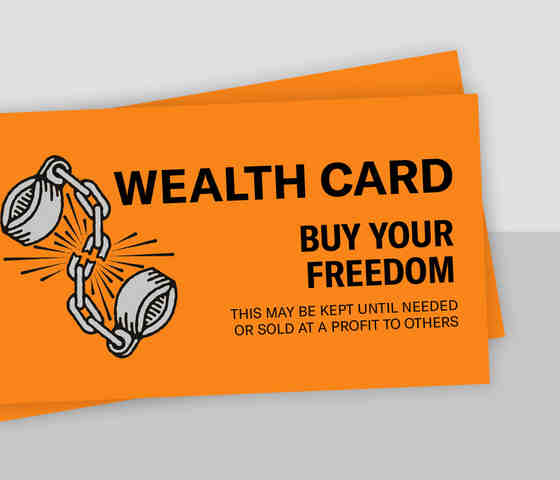 The First Step Act was Exactly that, a First Step. What Comes Next?

Keeping Children in the Classroom and out of the Courtroom

If Members of the House Believe Mass Incarceration Is a Real Problem, They...