The ACLU, ACLU of Illinois, and the law firm Edelson PC filed a lawsuit on May 28, 2020 against Clearview AI alleging violation of Illinois residents’ privacy rights under the Illinois Biometric Information Privacy Act (BIPA). Plaintiffs in the case are the ACLU and ACLU of Illinois, Chicago Alliance Against Sexual Exploitation, Sex Workers Outreach Project Chicago, Illinois Public Interest Research Group, and Mujeres Latinas en Acción, who sue on behalf of their members, clients, and program participants.

After the parties reached a settlement agreement, on May 11, 2022, the court signed a consent order ending this case. The central provision of the settlement restricts Clearview’s practices not just in Illinois, but across the United States, by permanently banning Clearview from making its faceprint database available to most businesses and other private entities nationwide. The company is also barred from selling access to its database to any entity in Illinois, including state and local police, for five years. Read more about all of the provisions of the binding settlement agreement here. Under the settlement, Clearview must allow Illinois residents to block their facial data from Clearview’s massive database: Illinois residents can begin that process here.

The lawsuit was filed in Illinois state court in Chicago, after the New York Times revealed in January 2020 that Clearview was building a secretive tracking and surveillance tool using biometric identifiers. Face recognition technology has helped Clearview capture more than three billion faceprints, and counting, from images available online.

Clearview has offered access to this database to private companies, wealthy individuals, and federal, state, and local law enforcement agencies. The company claims that, through this enormous database, it can instantaneously identify people with unprecedented accuracy, enabling covert and remote surveillance of Americans on a massive scale.

BIPA requires companies that collect, capture, or obtain an Illinois resident’s biometric identifier — such as a fingerprint, faceprint, or iris scan — to first notify that individual and obtain their written consent. This is because the involuntary capture of biometric identifiers — which cannot be changed — can pose greater risks to an individual’s security, privacy, and safety than the capture of other identifiers, such as names and addresses. And capturing an individual’s faceprint — akin to generating their DNA profile from genetic material unavoidably shed on a water bottle, but unlike the publication or forwarding of a photo — is conduct, not speech, and so is appropriately regulated under the law. Clearview did not comply with BIPA, denying scores of Illinois residents the privacy rights they are due.

The suit is the first to focus explicitly on the harm that Clearview’s technology will inflict on survivors of domestic violence and sexual assault, undocumented immigrants, communities of color, and members of other vulnerable communities. The group of organizations filing suit have members, clients, and program participants who have been subjected to faceprinting by Clearview without their consent, and who stand to suffer some of the gravest consequences of Clearview’s unprecedented surveillance program.

The groups are asking the court to order Clearview to delete faceprints gathered from Illinois residents without their consent and cease capturing new faceprints unless they comply with BIPA consent procedures. Until such remedies are implemented, Clearview’s egregious violations of privacy pose a disastrous threat and affront to our rights.

The face surveillance company claims it has a First Amendment right to capture our faceprints without our consent. It is wrong. 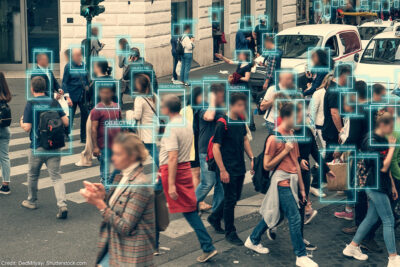 The company’s surveillance activities are a threat to privacy, safety, and security. 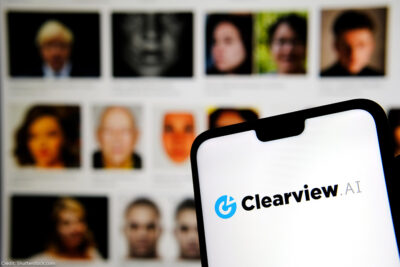